The display consisted of about 1,000 pink flags representing abortions. 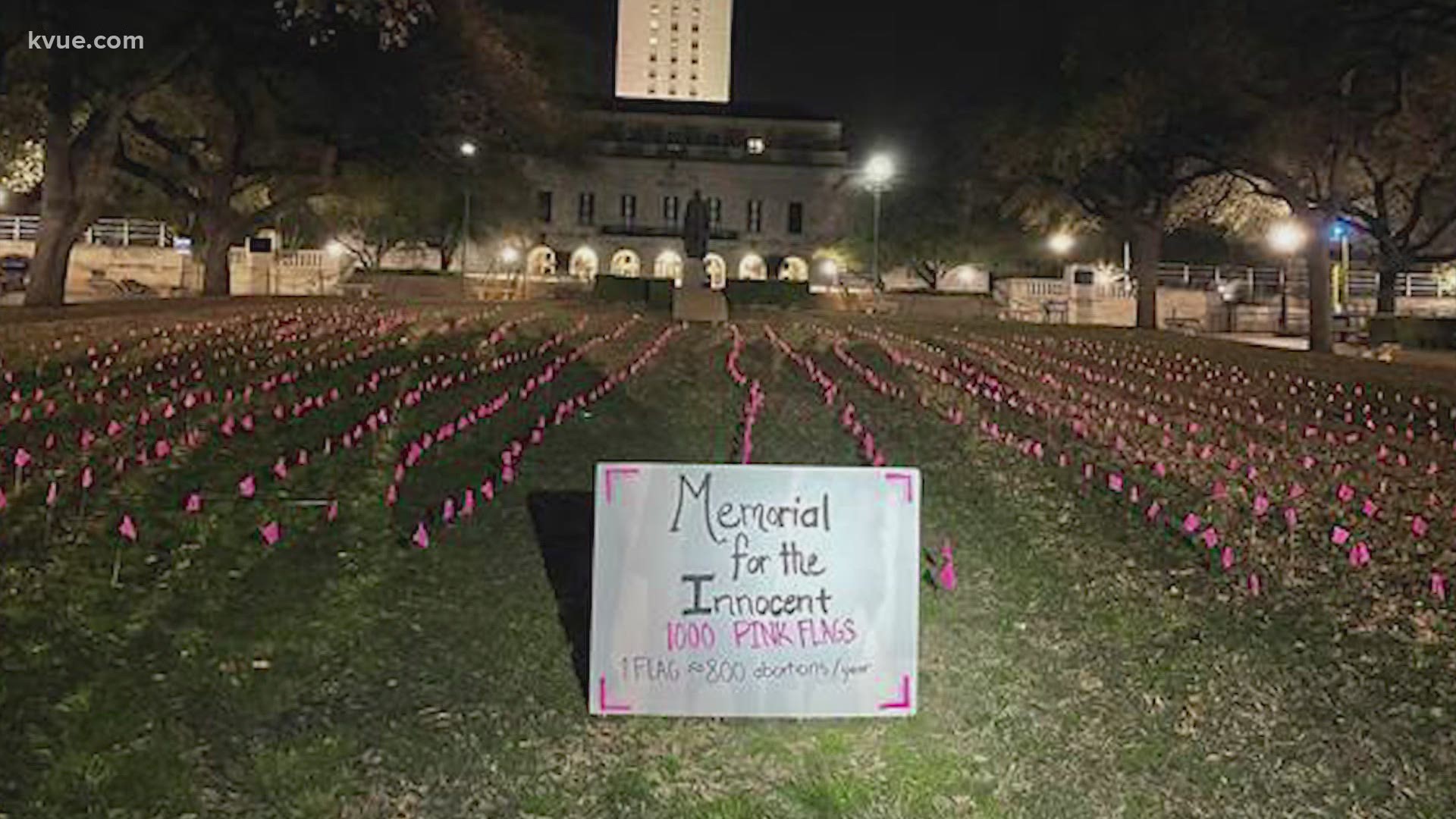 AUSTIN, Texas — A University of Texas conservative group is investigating after its campus display against abortion was reportedly vandalized this week.

The Young Conservatives of Texas (YCT) display consisted of about 1,000 pink flags representing abortions. The group said it disappeared after 12 hours of organizers placing it on campus near the UT Tower.

The group told KVUE they are looking into leads after a person mocked the display in a since-deleted post on Twitter and another poster reportedly admitted to taking down the display on Reddit.

The group has somewhat of a troubled history on the UT campus.

In 2013, the local YCT chapter made headlines after planning to host a "catch an illegal immigrant" game, which was eventually called off.

And in 2016, the group hosted a controversial affirmative action bake sale, sparking protests. Items in the bake sale were priced based on race and gender. Less than a month later, students petitioned to get the group removed from campus.

A spokesperson for the university released the following statement Friday afternoon:

"The university strongly defends freedom of expression and has content-neutral processes protecting free speech activities. Outdoor areas are open to the public, and free speech activities, such as demonstrations, do not require university approval. Students and student organizations can apply through the Office of the Dean of Students to put up outdoor displays and exhibits. The office did not hear from any student organization in the planning or execution of this exhibit, and we do not have information about whether or how it was put up or taken down. If any students have concerns, we encourage them to contact the Dean of Students' Office for help."

'It is an absolute crisis and disaster' | Cruz, Cornyn lead Republicans to the US-Mexico border