Police said no one has been arrested. 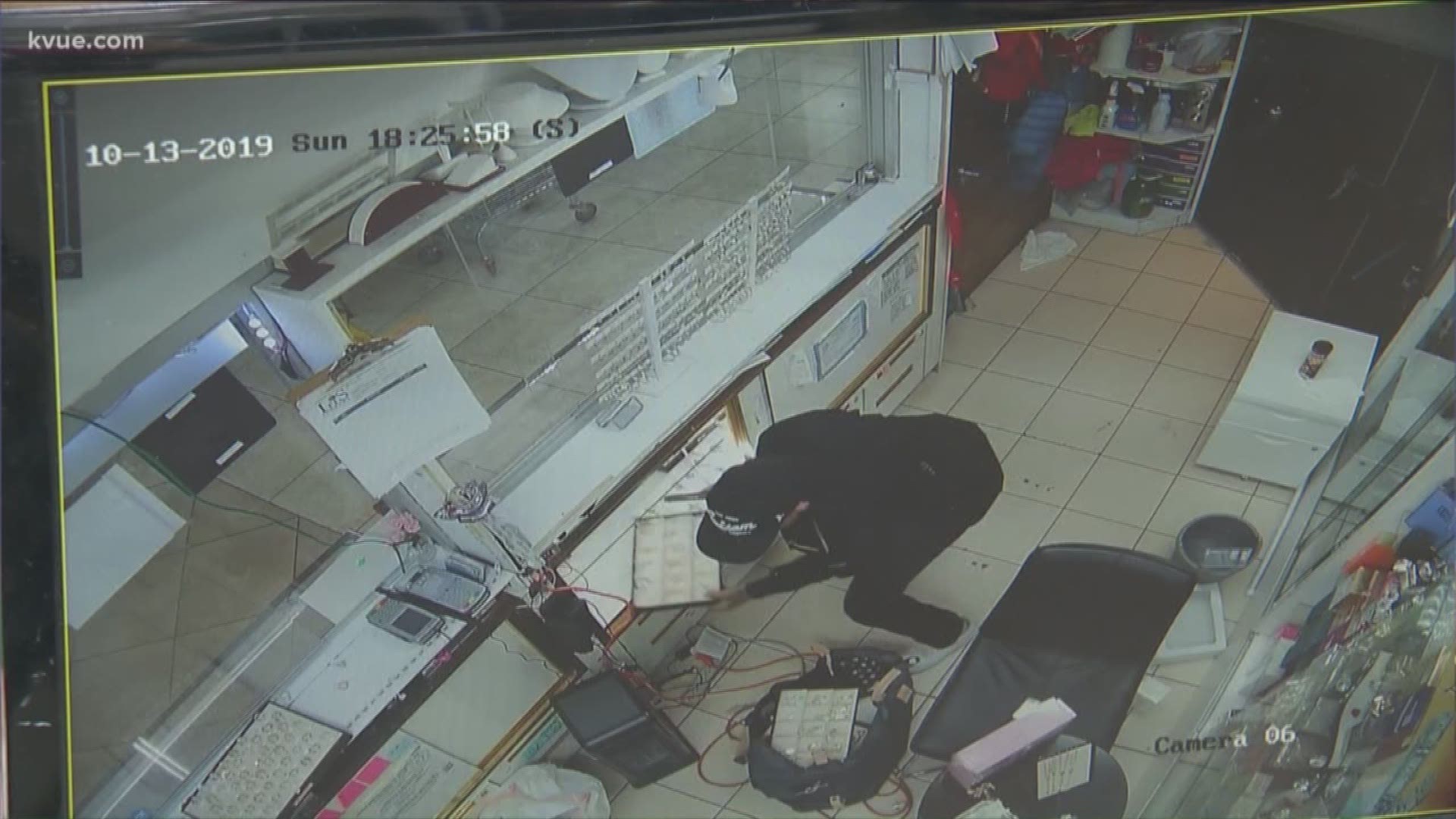 AUSTIN, Texas — Police are asking for the public's assistance after surveillance video at Iris Jewelry in North Austin captured an armed robbery on Sunday night.

Yisel Guerrero, the owner of the store, said she wasn't at work at the time but said two men came in, pulling guns on the cashier.

In the surveillance video, you can see one of the men jumped over the counter and loaded up his bag with all sorts of jewelry.

Guerrero said half of the store's inventory was stolen.

The men got into a gray 2014 Jeep Patriot and drove off.

Guerrero said there was a panic button in the store so the police arrived within minutes. She also said her employees weren't hurt.

On Tuesday, the jewelry store was still open and Guerrero told KVUE they're working to step up their security.

“I was thinking to close but I can’t because we have expenses, we have our family, my employees – they need to work so we cannot stop," Guerrero said. "Thank God nothing happened with my employees. That's the most important thing."

The second suspect is described as an Hispanic man in his late 20s to early 30s, 5 feet, 9 inches tall, 200 pounds, with long black hair in a ponytail, a goatee and a ring on his right index finger. He was last seen wearing a gray hoodie, black baseball cap with white lettering on the left side, light blue jeans, brown shoes with white soles and a black backpack with "Made for more general motors" in white lettering.