An Austin parent said The Greenwood School director doesn't have "the right to use that sort of tactic" on children. 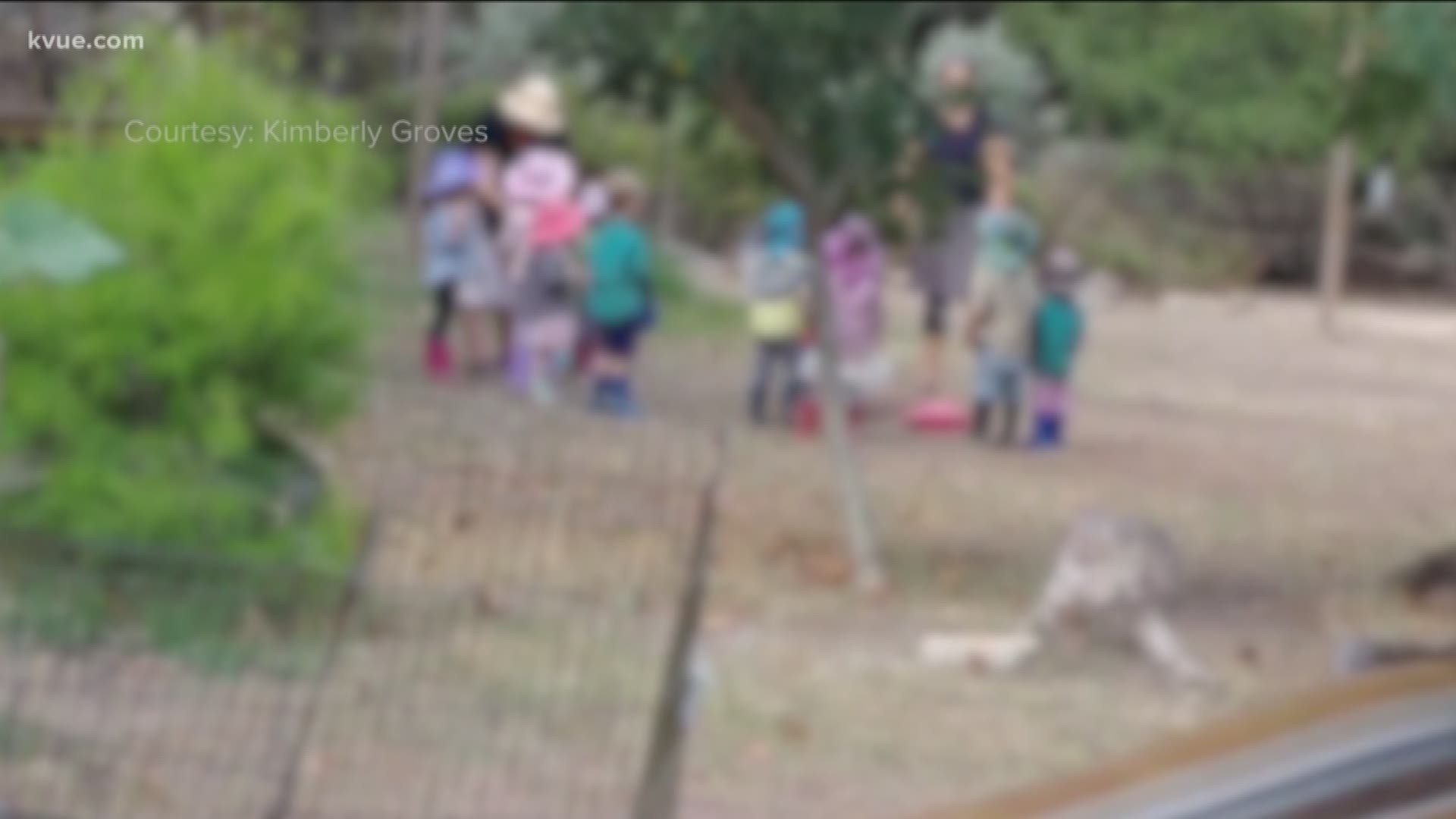 AUSTIN, Texas — “The woman I trusted with the most precious parts of our lives, she was standing there and would order my daughter to get in a fight ring to get beat up by a boy."

Elvera Junushova said she became physically sick after seeing her daughter on camera fighting at The Greenwood School in southwest Austin.

The preschool's director, Tracy Shagen, told parents allowing the kids to fight was her idea.

“I was teaching the fact that aggression can hurt people and teaching it in a playful way,” Shagen said in an email to parents.

RELATED: Director of southwest Austin preschool allowed children to fight each other

“She’s holding a hat of my daughter that had fallen off previously, and standing back. And she continues to watch while she [her daughter] is being pushed and shoved around by a boy,” Junushova said of the video.

“I really thought there would be one shove or slap, and we would all apologize and go inside for story,” Shagen said to parents.

“The fact she said it was a mistake and saying that she is a victim in this situation, that is not an apology to me,” Junushova said.

The woman who took the video, Kimberly Groves, was an employee of the school at the time.

“What I saw was truly unbelievable, and I knew something had to be done and it had to [be] believed,” Groves said.

Groves said it wasn’t her intention at first to go public.

WATCH: Preschool director told children to fight each other

Junushova wants to use this story as a moment to help others.

“We want to bring awareness to the community that child abuse is real and how it can affect not only the children but also the entire family,” Junushova said.

Shagen refused an on-camera interview saying, “I have been advised to wait until the investigation is complete.”

Some parents had nothing but good things to say about the school and Shagen. They said they're watching how this plays out with the state’s investigation, which is set to wrap up by this time next month.

To learn more about how these types of investigations are conducted, check out the DFPS Child Care Investigations Handbook.