"I'll cut loose from this anchor and run over his a-- if he comes and does it again," Kyle Spillar told a 911 operator. 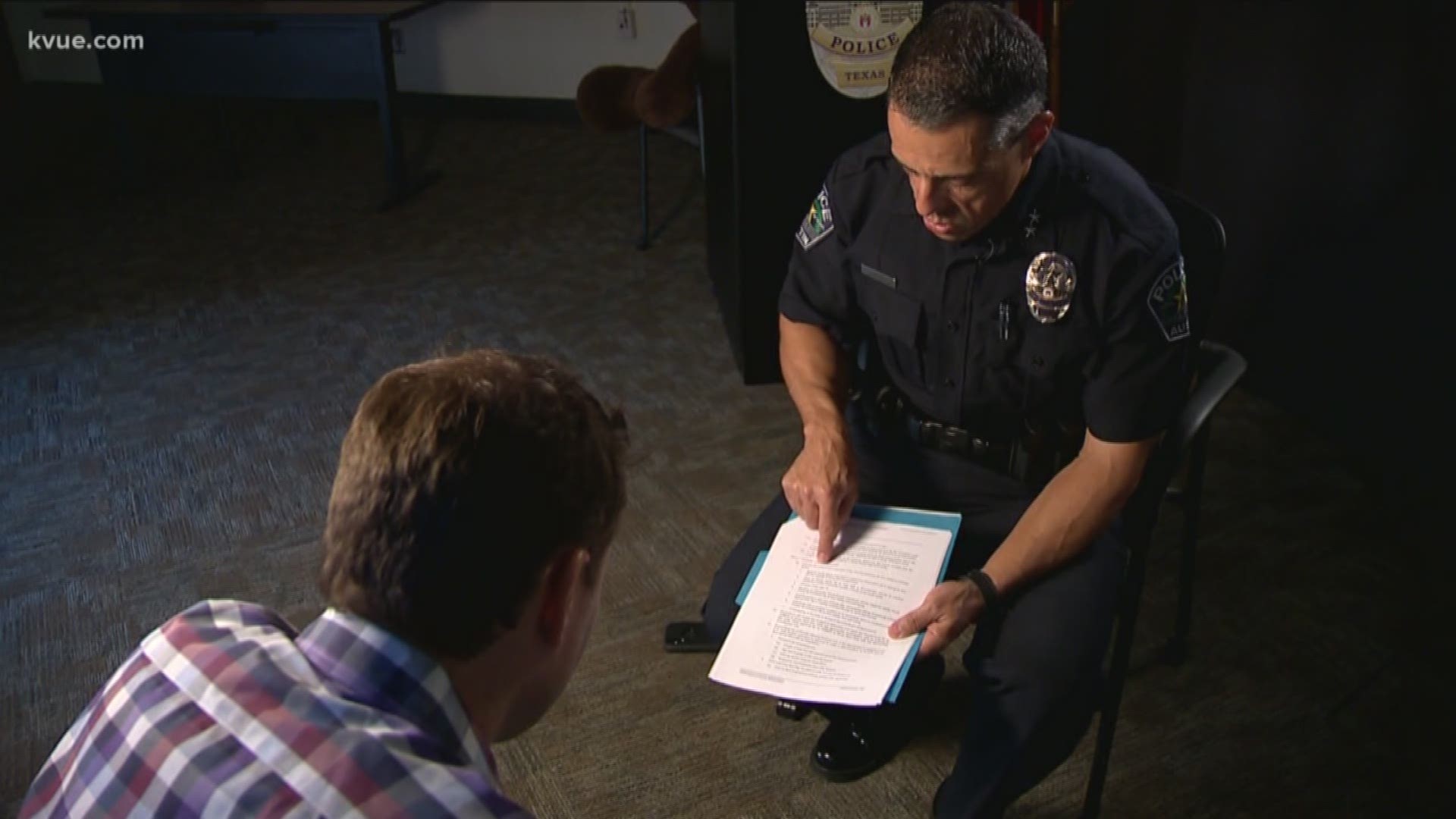 AUSTIN, Texas — The Travis County Sheriff's Office has charged a man with endangering a child after he allegedly attempted to ram into another boat that was towing an 11-year-old wakeboarder on Lake Travis.

The 911 operator asked if Spillar had any weapons.

According to Spillar, the other boat's wake caused a loose pipe to fall from an overhead storage area, striking him on the head, arm and foot.

The driver of the other boat told police that Spillar drove directly at them and he had to slow down quickly to avoid him, which caused the wakeboarder to hit with the back of their boat, nearly throwing her into the propeller.

The victims claim that Spillar turned his boat and tried to ram the other boat again, and when Spillar got close, they said he jumped onto their boat with a four-foot steel pipe in his hands.

Spillar denied getting on the victim's boat even when questioned by an officer about a limestone footprint left on the bow of the boat.