The victim's phone was left in the car, which helped police find the suspects at an Austin Applebee's. 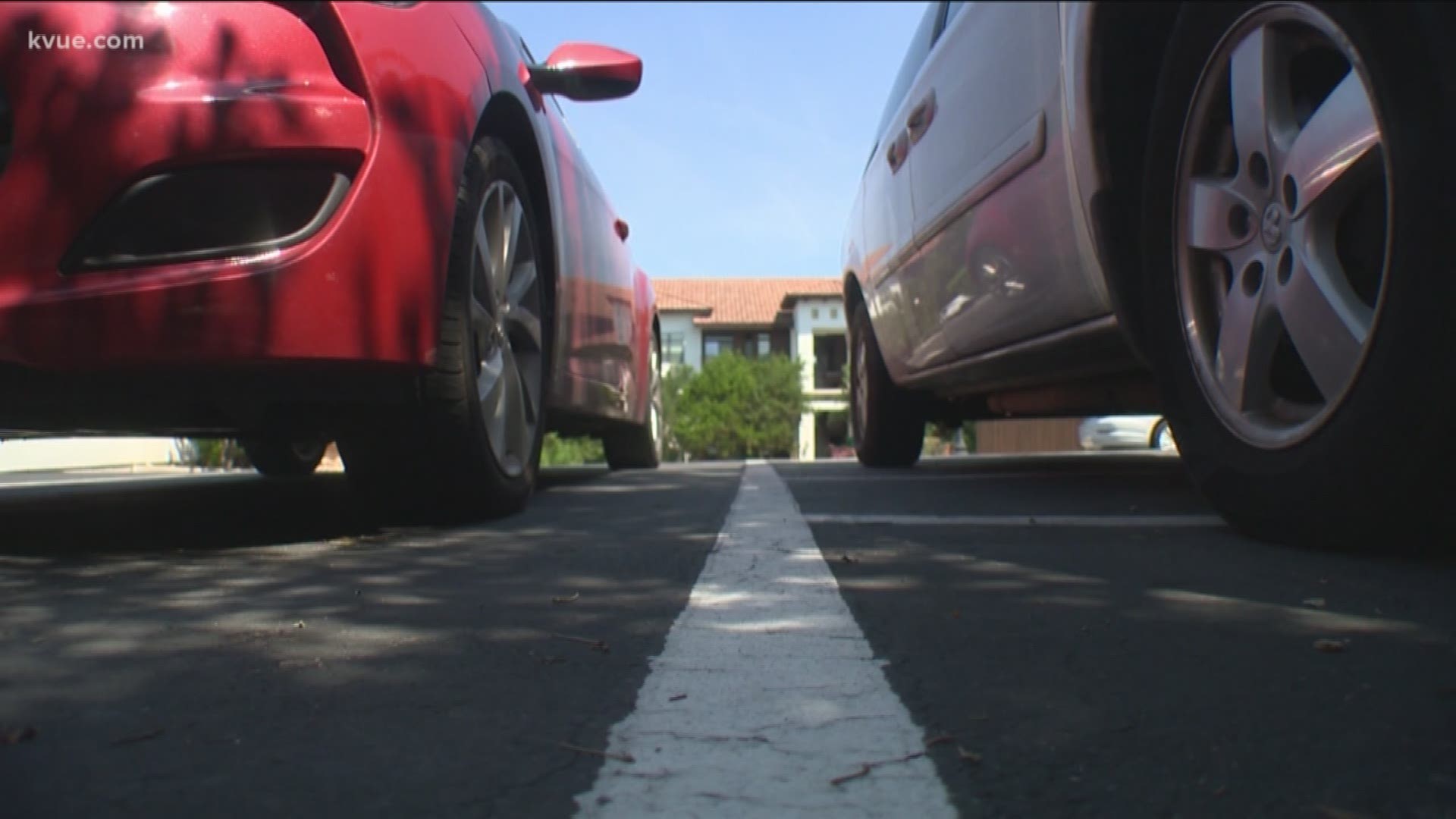 AUSTIN, Texas — Editor's note: The video attached is related to a similar incident that occurred in June.

Two men have been charged and arrested after they allegedly stole a woman's vehicle while she was washing it, running over her foot in the process.

Austin Police Department officers responded to the woman's apartment complex on Huntwick Drive on Oct. 13. She reported that a blue, four-door car pulled up and approached her. She described the suspects as two Hispanic males, one with dark complexion wearing a red jacket and another with lighter skin wearing a black shirt. She said the man wearing a black shirt also had a tattoo on his neck.

The victim reported these two men approached her and asked for a cigarette. When she told them she did not have one, she said they walked away and she continued to wash her car. She said they later reapproached her with a gun and she began to struggle with them. Eventually, both men got into her vehicle, put it in reverse, drove over her foot and away from the scene.

When police arrived, they discovered that the boot she was wearing had been destroyed by the tire. They said a large chunk of flesh on her left heel was torn away and she also suffered abrasions on her back. Before being transported to the hospital, the victim told police her cellphone was still inside her vehicle.

Using this information, police later tracked the phone and found her vehicle parked in a handicapped parking spot at an Applebee's on US 290. Police said that when they arrived, they saw two men get up from a bench next to the front door. They were stopped by police and identified as Allan Espinoza-Rojas and Wilfredo Vazquez-Caballero.

According to police, neither man had identification on them and they consented to come with police to headquarters for fingerprint identification. Meanwhile, police said a black semi-automatic Taurus PT111 9mm pistol was located in the vehicle with a round in its chamber. A red jacket was also found in the backseat.

Upon interviewing Vazquez-Caballero, police said he admitted to being in the vehicle but played no part in the alleged robbery. He later admitted that he and Espinoza-Rojas were picked up by friends and dropped off at the apartment complex. He said they then stole the car from the woman and put gas into it. However, he denied knowing about running over her foot. Police also said Espinoza-Rojas eventually admitted to being in the car wearing the red jacket.

Police said the victim was shown photo lineups featuring both suspects and she was able to positively identify both men. She also said she knew her vehicle did not have much gas in it when it was stolen but her tank was full when it was returned.

Both suspects have been charged with aggravated robbery, a first-degree felony. They remain in Travis County under a $100,000 bond each.