When the homeless don't find shelter, sleeping on the streets may be their only choice and that comes with challenges. 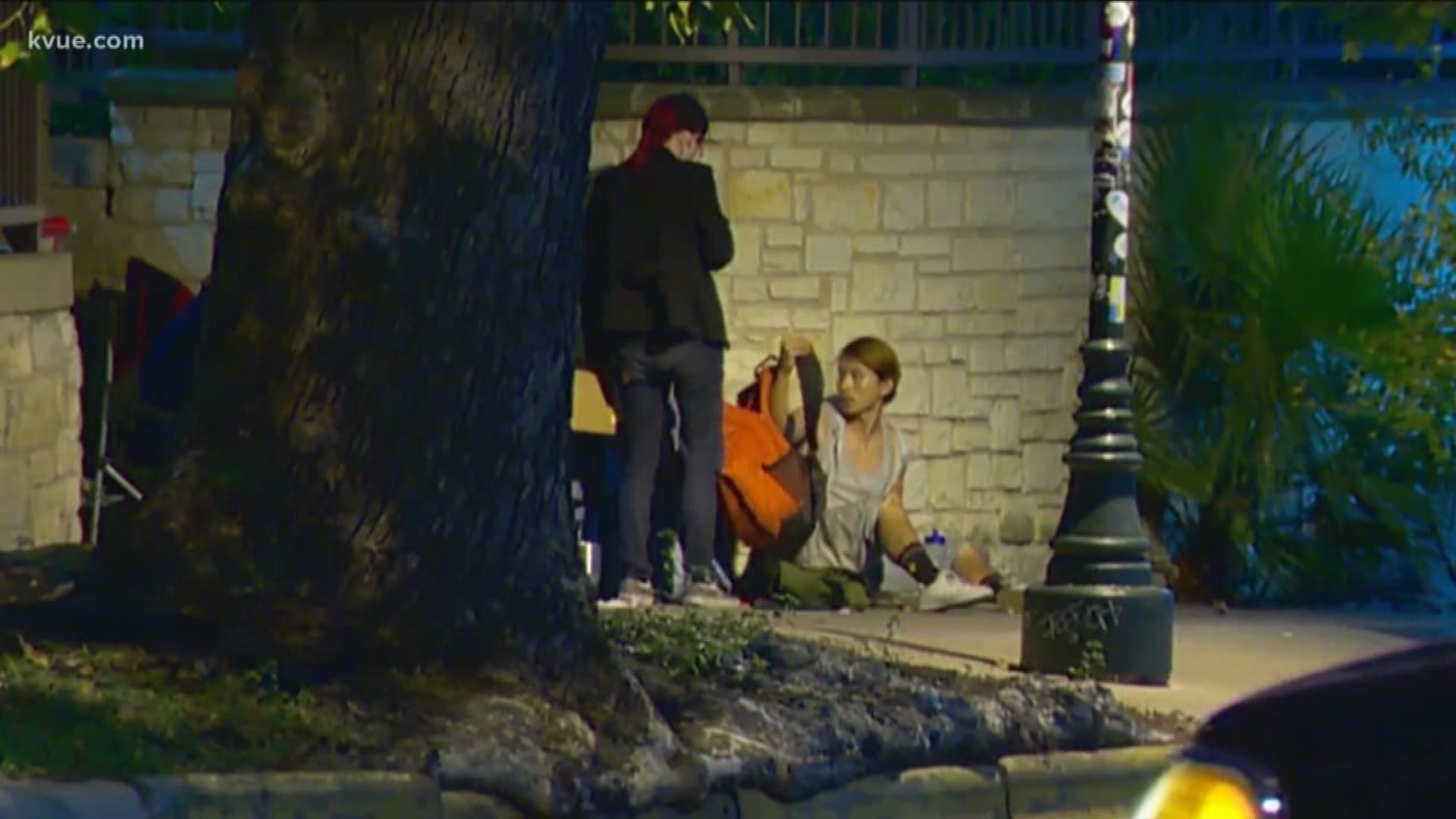 AUSTIN, Texas — Every night in the streets of Austin, homeless people line benches, lay blankets on the sidewalks, or set up camp in hopes of finding a comfortable place to shut their eyes. It's an experience many residents cannot say they have ever had to go through.

Brian, a homeless person who did not want to be completely identified, admitted some homeless people choose this life.

However, for many others, they do what they need to survive each night, he said.

Jordan (Artemis) Jones, 19, has been homeless ever since his family kicked him out two years ago.

WATCH: Our Homeless: What it’s like to sleep on the streets in Austin

Jones has held jobs and is currently in the process of moving into permanent housing. Until then, he is stuck finding a safe place outside to sleep most nights.

On Saturday morning, Jones told KVUE he slept on a cold concrete bench inside an abandoned house.

He said each night is physically and emotionally tough. Typically, he only gets about four hours of sleep.

"I’ll have to peak my head out of my jacket because that’s all I got for a blanket," Jones said. "I have to know are they going to come up ask for a cigarette or ask for 'directions,' and just try to jump me."

Other than the summertime, Jones said battling the weather is another trying task.

"I've got to sleep out here and it's cold," said Jones.

Terry Cole, the founder and director of Street Youth Ministry, a nonprofit providing support to the homeless youth under 29 years old, said they are often victimized and harassed on the streets.

"Nighttime is a time where, unfortunately, they are more vulnerable. Dark, more cover, they are usually in smaller groups at night," said Cole.

Brian said many homeless people carry a weapon, typically a knife, to protect themselves if they're threatened.

Jones admitted he has been attacked multiple times.

"I've been jumped a lot for no reason. They'll come up and just attack me and take my stuff," Jones said.

However, oftentimes the homeless will find friends and group together with people they trust. This makes them less of a target. It also makes them less lonely, Jones said.

"We curl up a lot of times in groups, like penguins," he said.

While he waits for his housing, Jones said his saving grace each morning is a warm meal served at Street Youth Ministry.

"This is the number one spot to get food, clothing and pretty much anything you need when homeless," Jones added.

Cole has been running the program for 16 years. These experiences the youth face on the streets is something Cole sees often, and he believes it causes stress to build up in the body.

"That brings out behaviors that are challenging to work with," Cole said. "They don't necessarily like those behaviors either, but the stress alone can result in the behaviors we see often."

Cole hopes his ministry can provide a safe place to help them get the resources they need and focus on their futures.

However, Cole said there are some bad actors out there, so it is important for anyone walking outside to be cautious, no matter who is around them.