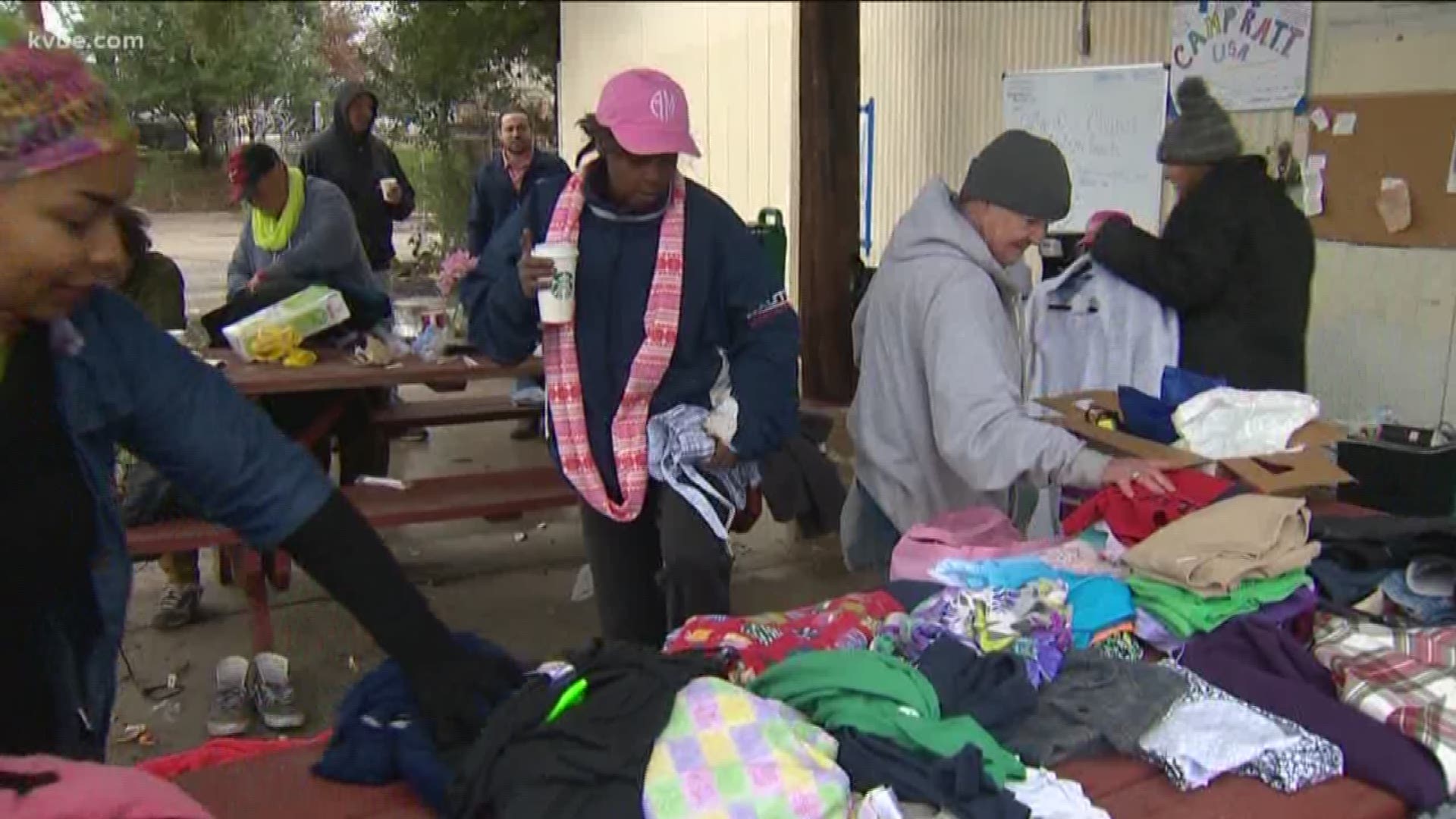 AUSTIN, Texas — A pop-up shop in southeast Austin was all the rage at the homeless camp off U.S. 183 on Tuesday morning.

A woman named Dalzell found a pair of jeans, pajama pants and some bras.

"Oh good, I found quite a few things. Thank you, Lord," she said as she looked through the clothing racks.

Those words of relief and gratitude came after Marcella Lopez and two volunteers brought several bins of clothing and shoes to the camp.

"We're a group of women helping women through the love of second-hand fashion," Lopez said.

What started out as a blog for Lopez has turned into a passion for helping a community in need. The donations are part of her new nonprofit, Thrift-ish, which she launched last year but debuted last month.

Austin could be first city to end youth homelessness

'Block party' to help homeless kicks off on Christmas Eve

While Lopez called the impromptu clothing giveaway Tuesday morning a "pop-up shop," she isn't accepting a dime for any of it.

Volunteer Wini Griffin said another goal of Thrift-ish is to lift up others.

"It builds their confidence. I don't know if you've seen some of the ladies, they get pieces and they just light up," Griffin said.

Because looking good makes you feel good. KVUE saw that firsthand when one of the ladies picked out a new pink hat for herself.

Griffin said she also volunteers because she identifies with the women out at the camp.

"I've also been homeless in my life, so it's like a whole another level of understanding of what these people are going through," Griffin said.

As word spreads that Thrift-ish is on-site, volunteers hope they'll be able to help more.

Austin stores are selling out of masks because of coronavirus scare