'Block party' to help homeless kicks off on Christmas Eve

Two Austin nonprofits have teamed up to help homeless in South Austin by providing immediate needs, in hopes of breaking the cycle of homelessness in the community. 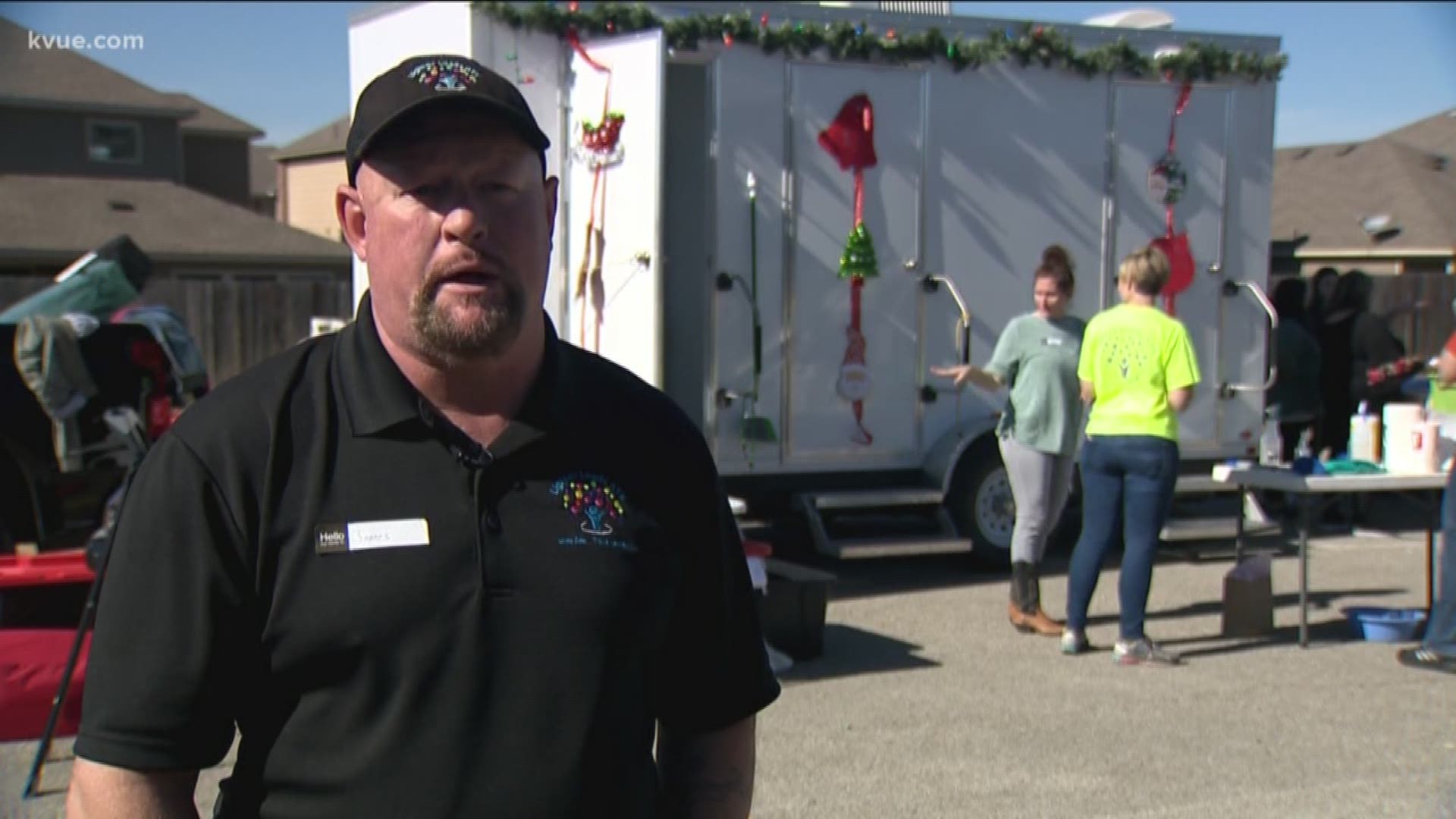 It’s a new tradition that launched on Christmas Eve, and organizers said in January they will continue doing it on the second Saturday of every month.

“The goal of our ministry here is to help break the cycle of homelessness and change the tone in our community toward individuals experiencing homelessness,” said Deborah Fisher, co-founder of Solid Ground Ministry.

On Tuesday, the newly formed ministry combined forces with Lighter Loads ATX to provide a meal, showers and laundry services, haircuts and clothing for homeless people. The groups plan to keep doing it once a month at Texas Oaks Baptist Church.

“Whether we have housing or not, we're all members of the same South Austin community,” Fisher said.

The idea for the mobile showers and laundry came out of California, said James Ritchie, the co-founder of Lighter Loads ATX.

He hopes the showers will help people break the cycle of homelessness and get into better situations.

“Hopefully we can put some people back to work and clean up Austin a little bit,” Ritchie said. “We've actually had two people that went on job interviews. We've had one that went to work, and one that went back to get his pipe-fitting certification.”

For people like Gary Collins, the Christmas Eve services were appreciated.

“I saw a flyer, and this is an inaugural event so I wanted to get in on the ground floor,” Collins said. “I'm transient, so it's wherever I lay my head. But to be honest with you, it's the intersection of South First and William Cannon.”

Collins said he has two degrees but couldn’t keep a job once he moved from Houston to Austin.

“It's a dog-eat-dog world unfortunately, but like I said, you just got to be on your toes and, you know, get ready for it,” Collins said. “Everybody have a merry Christmas, happy New Year's, and hook 'em 'Horns!”

Nike's Colin Kaepernick shoe sells out in one day