What's next for site of old 'Graffiti Park'? Austin Planning Commission will issue a vote to decide

At the Austin Planning Commissions meeting on Tuesday, city leaders will look at rezoning the area that was formerly the Hope Outdoor Gallery in favor of 22 condos. 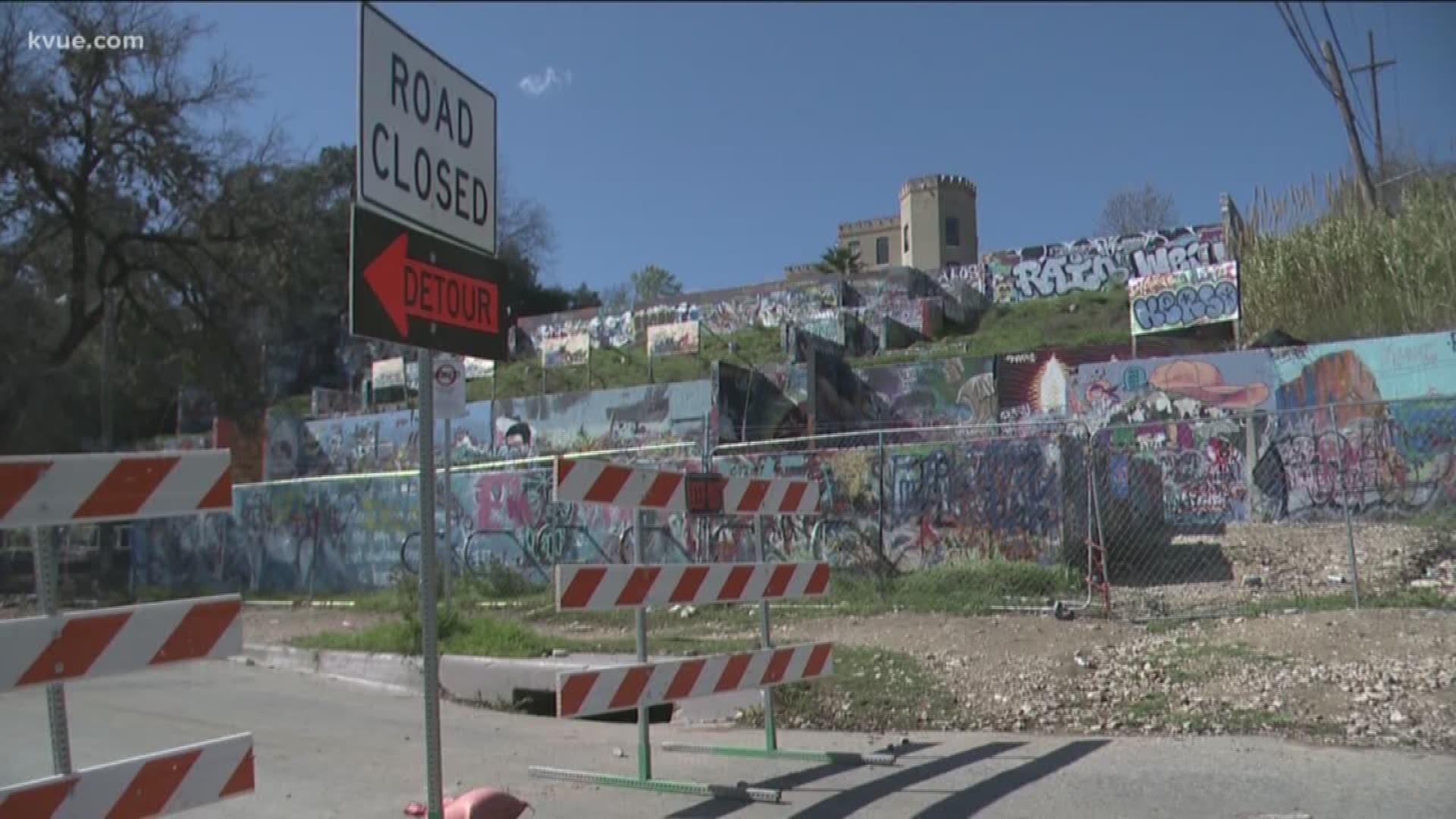 AUSTIN, Texas — On Tuesday, Austin city leaders discussed what can be built in the spot where the Hope Outdoor Gallery, also known as Graffiti Park, has been since 2011.

The city closed the park in 2019 and, behind its fence, Graffiti Park remains untouched. It's a place that was once a safe haven for spray painting and will eventually become only a memory.

"I'm sad to see this go, but at the same time, I'm tickled pink because it's going to be beautiful," said Tony Casares, who lives near the park. "It's going to be some real architectural art here."

Casares told KVUE that he believes condos would be better for the community.

"This is going be an improvement. It's going to bring more value to this area," he added.

"It's pretty much amateur hour down there now," said Schafer. "That's an improvement and it's a low-impact improvement."

The proposed rezoning would allow for two separate condos.

Colorfield would be lower on the lot off of Baylor Street and East Castle would reside up top off of Eleventh Street.

Colorfield would have 10 units and pictures on the development's website show what the area would look like. East Castle is proposing 12 units, both of which Schafer believes is manageable.

"You know, condos that are 10 units and 20 units are not that horrible when we look out across the city now and see the Jenga building and the Monarch that have a heck of a lot more," Schafer said.

Also mentioned in the proposal, neighbors are concerned they would lose the view of downtown, while others like Schafer don't think it's as big of a deal.

"I think I can see the concern, but fortunately or unfortunately, there are not that many places where the view is going to be blocked," Schafer said.

But for now, the fence and memory are what's left standing.

"Once it happens, once it's done, just like all the other places, we're going to be able to appreciate it," said Casares.

On Thursday, the planning commission gave the green light to the Colorfield development, but expressed concerns with East Castle, saying they want its developer to work on options for affordable housing and bicycle and pedestrian connectivity.

The new Hope Outdoor Gallery will be near Austin's airport and is scheduled to open in fall 2020.

KVUE reached out to the developers for comment, who did not return our phone calls.