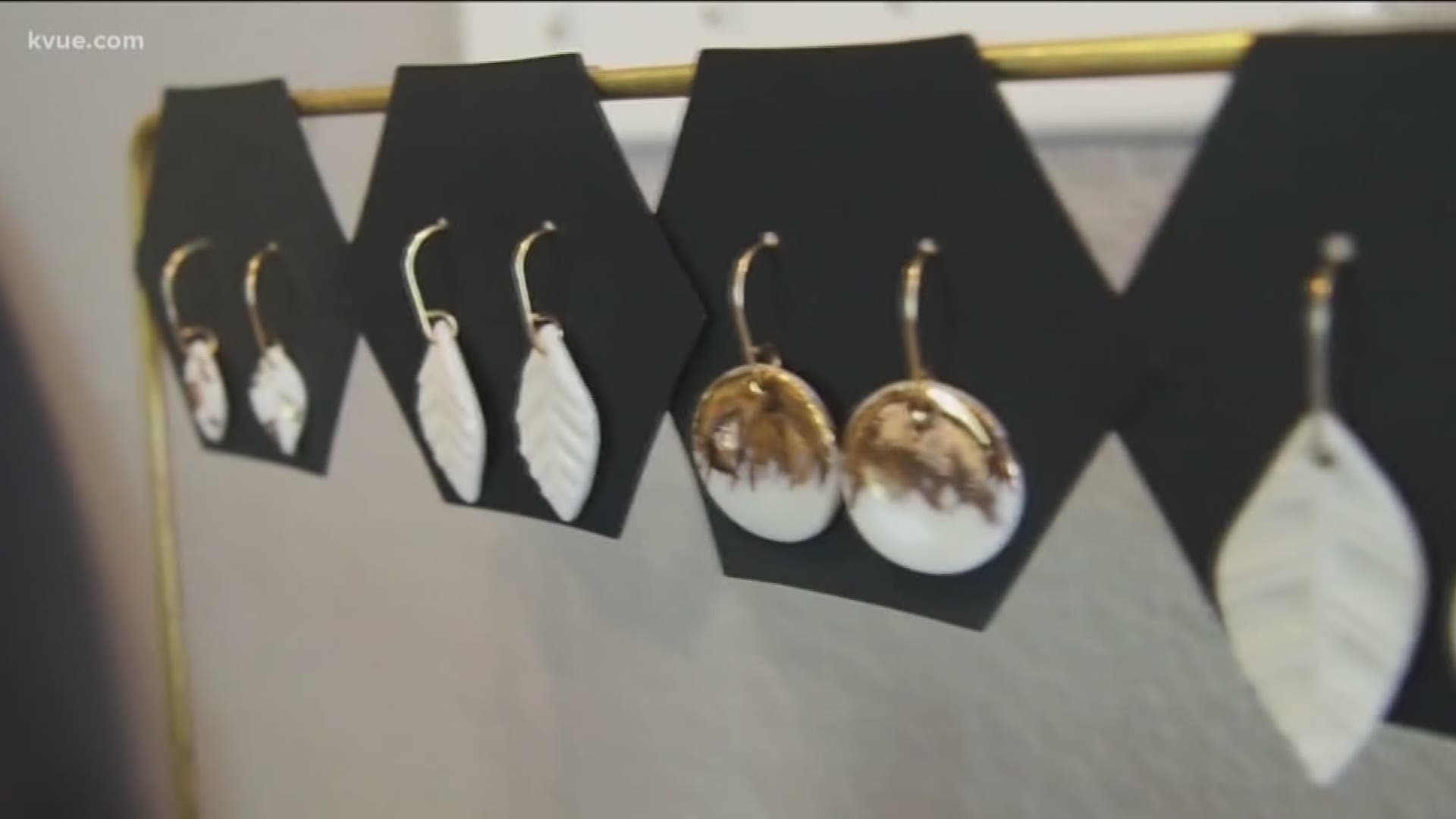 AUSTIN, Texas — Quinn Smith is an Austinite and jewelry-designing mom with a PhD that she’s never used.

Instead, her time and effort are put into her craft and giving back.

She heard about the crisis of human-trafficking in 2012 and decided to start Remnant Studios, a 501(c)(3) nonprofit through which she creates and sells beautiful handmade porcelain jewelry. She donates the profits to anti-trafficking organizations.

RELATED: What you think about child sex trafficking in Texas may be wrong

RELATED: Sex trafficked at 12, survivor fights to save others from same fate

RELATED: 'You're a living individual in shackles' | A fresh start isn't easy for Texas trafficking survivors

Her profits are donated to three organizations:

The University of Texas published statistics in 2017 stating that there were almost 79,000 child victims of human slavery in Texas alone. There were 40.3 million people in modern slavery across the globe in 2016.

“I felt like it was just taking the remnants of my life and still using them kind-of for good, to touch the world in a positive way," Quinn said.