After collapsing a few years ago, Ruben has been living with a heart condition that makes every day a gift. But last week, he was given a gift to give him a future. 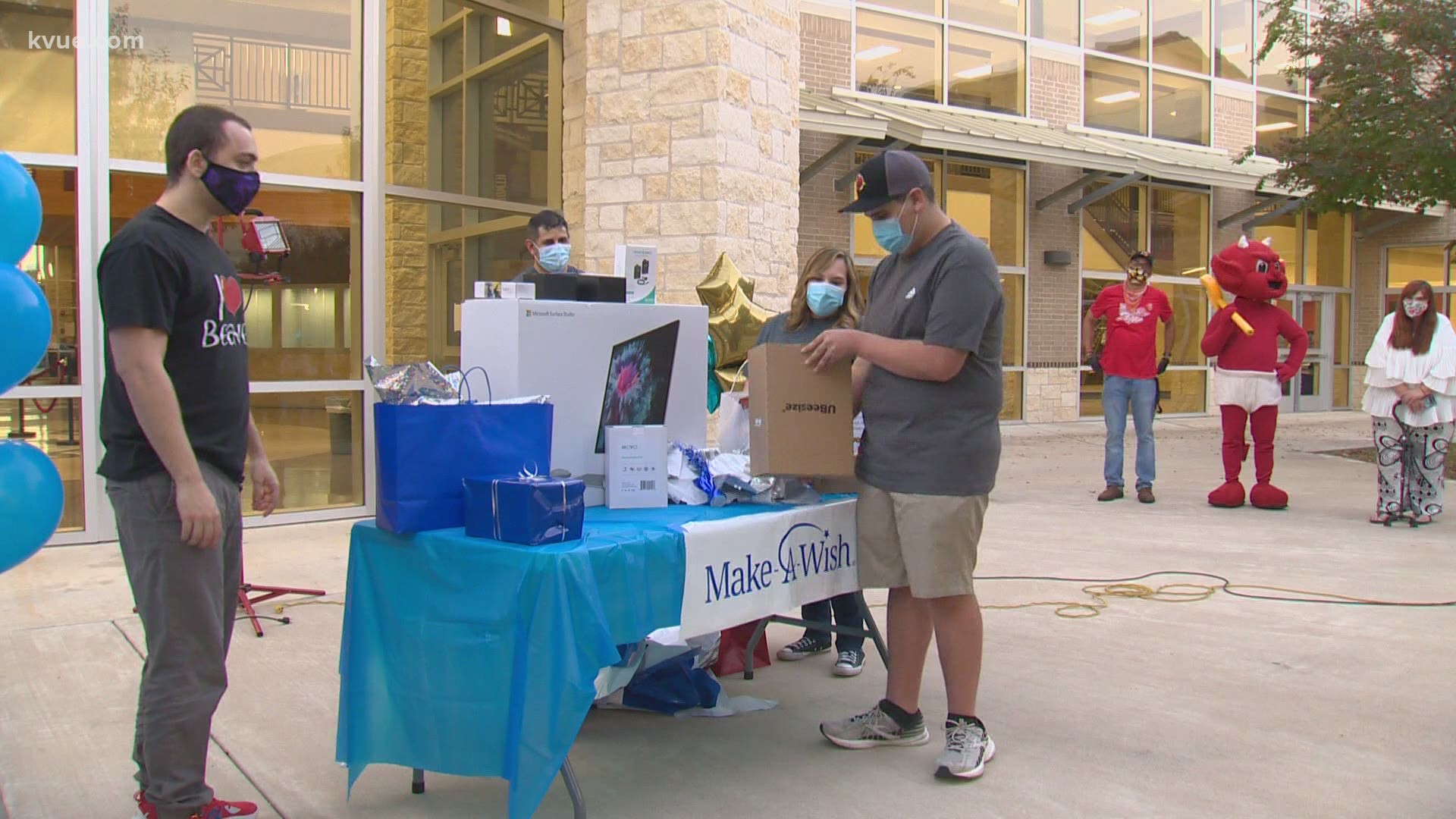 ROUND ROCK, Texas — A special celebration – that's what Ruben Lazano was surprised with last week at Round Rock High School.

It is something we haven't seen in a while – people setting up for a celebration at Round Rock High School. You could call it a sight for sore eyes.

"It is. We've had to be very careful," said Laurie Molis, the vice principal.

Molis is setting up the party for a special student.

"We're here because of Ruben," she said. "Ruben Lazano is an 11th-grader here at round Rock High School ... He looks healthy and he can run and he can do everything he wants to do, except he doesn't know when the hearts going to stop."

Ruben collapsed three years ago while running for football. His heart stopped and he was brought back with an AED, which brings us to today.

"His Make-A-Wish, so we are celebrating," said Molis.

Guests slowly came into the courtyard, to help surprise Ruben.

"So what we're planning on doing is Ruben is meeting me in my office, so he can't see any of this. He thinks he's here to talk about his grades; he has no idea," said Molis to the officer who saved Ruben's life.

People waited for the man of the hour to arrive.

"He got nervous coming in," said Molis. "He saw the lights and cameras he got a little nervous."

"The main thing that brings me joy, man," he said, "I was in a really dark place for a long time and filmmaking has helped me out a ton, and I knew exactly that's what I wanted for my Make-A-Wish."

"Most Make-A-Wishes are an end – 'It's my thing I want before something happens,'" said Molis. "Ruben's, he wants production equipment so he can make YouTube videos to make people laugh, so his Make-A-Wish presents him with a future."

It's a long way from where he was before.

"It was all my biggest fears, change and death," he said. "No one believes me even though I was technically dead, like my heart stopped."

So while it might be something we haven't seen in awhile, it's a celebration Ruben loves to see.

"Once I found out I had a Make-A-Wish everything just felt so much better," he said. "I felt excited to live again."