A local animal control officer advised that if you see two dogs fighting, you should stay back. 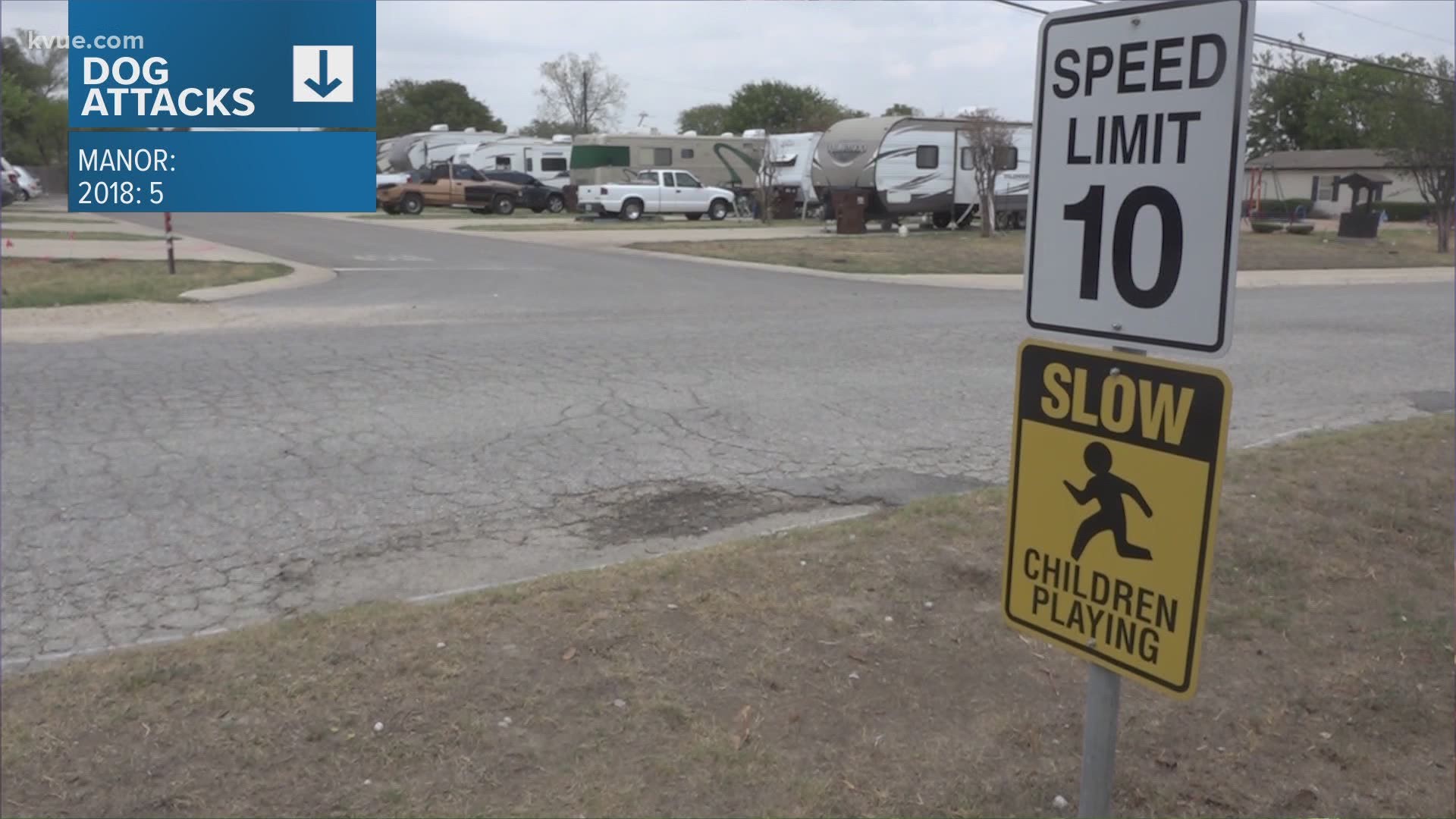 WILLIAMSON COUNTY, Texas — Residents of some Austin-area communities are reporting more dog attacks. Specifically, viewers reached out to KVUE about two neighborhoods, one in Manor and the other in Round Rock.

The Williamson County Sheriff's Office (WCSO) said a patrol deputy recently responded to a call about pit bulls attacking another dog at the Blessing Mobile Home Park in Round Rock. The owners of the pit bulls told an animal control officer that they were going to self-surrender the dogs to an animal shelter.

According to the WCSO, from January to August of this year, reported animal bites are up 15% compared to 2019. There have also been 203 "animal issue other" calls this year, compared to 164 at this time last year. WCSO clarified that the majority of the animals listed in those statistics are dogs.

In Manor, there were five dangerous dog attacks in all of 2018, nine in 2019 and there have already been five so far this year.

At the Stonewater neighborhood in Manor, police said there was one recent instance where two pit bulls attacked a man and his dog. Both were bit, but the dogs were placed into quarantine and will be deemed dangerous before returned. Police added that those specific dogs were evacuated from Louisiana with their owner, who was staying with a friend in Manor.

Residents in the neighborhood also claimed there have been multiple other attacks.

One resident, Steven Montoya, told KVUE that while he was walking his dog Monday morning, two other dogs got loose from their owner and bit his dog on the leg and chest. He said his dog is OK.

"It’s dangerous for the community and as far as kids and whatnot," Montoya said.

Montoya didn't report the incident to animal control, but he is hoping his story will help raise awareness of aggressive dogs in the neighborhood.

"Lately, more people have been walking because of the COVID situation. More people are home, and more people are exercising and walking out there with kids and the bicycles and all that. So, I know it can be very dangerous with loose dogs," Montoya said. "Just [need] to be aware."

Manor's animal control officer recommends that if you see two dogs fighting, stay back. She also said it's important to report any animal attack, rather than just posting about it on social media.

"If anything, I would say you could make loud noises. You can never get in the middle, physically, of a dog fight. You're just going to end up injuring yourself. Call 911," Jackie Padhaisky said. "If you get bitten by a dog and it broke your skin, it’s really important [to] report it to animal control for health and safety reasons."