The standoff lasted more than 30 hours. 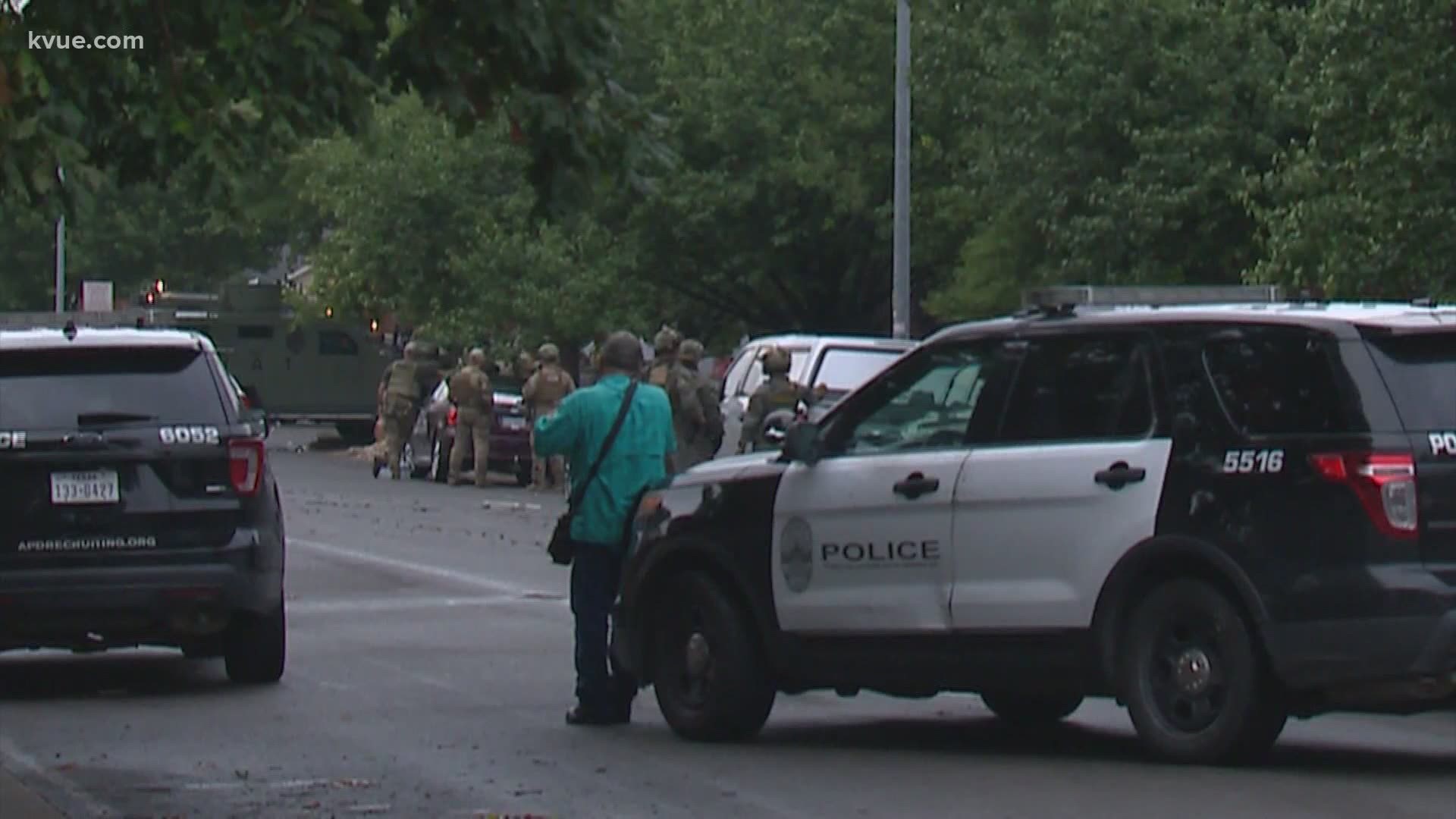 AUSTIN, Texas — A man is in custody after a SWAT situation in South Austin that lasted more than 30 hours.

The SWAT team was called in after a man barricaded himself inside a residence in South Austin on Wednesday afternoon. Police said the man surrendered without incident around 11:10 p.m. on Thursday.

The incident started at the 10300 block of Garbacz Drive near the intersection of Old Manchaca Road and Marshitahs Way, in the Saddlewood Estates subdivision.

Police said they received a call around 3:40 p.m. from a woman who said her husband was walking on the sidewalk when a neighbor brandished a gun, threatening the husband. The man quickly ran back inside, and while on the phone with 911, gunshots were heard.

Officers responded, setting up a perimeter around the house, and began talking to the man inside.

Police said the man, who is in his mid-30s, refused to leave peacefully and the SWAT team was called in, along with negotiators.

The man has a history with police, who have responded to the residence more than 15 times in August. Police said the landlord has been trying to evict him but has not been successful.

The man suffers from mental illness, and police believe he is having a mental episode. He has never brandished a weapon before, according to police.

Negotiators were talking to the man over the phone.

"The subject is telling us that he's going to come out peacefully, but then radically changes his mind and refuses to come out," Officer Bino Cadenas said on Wednesday night.

Family members were also taking to the man, trying to convince him to come out. Previous roommates and landlords provided information to the police.

Cadenas said there was no urgency to enter the house. The man barricaded the door and windows, preventing officers from entering quickly. The power had been shut off.

"We can be out here all night as long as it takes," Cadenas said on Wednesday. "The goal is for the subject to come out peacefully, clear of any objects and so that we can detain him and further investigate the disturbance that took place."

If no charges are pressed, the man will be placed on a mental hold and taken to a hospital.

Nearby neighbors were evacuated for safety, police said. Residents were asked to avoid the area.

Cadenas said if neighbors hear explosions or loud bangs, that will be SWAT officers using distraction devices to either gain entry or get the man to come out.

Approximately 40 officers were on scene on Wednesday.