These athletes pushed their bodies to the limit. The event draws athletes from eight countries and 33 states. 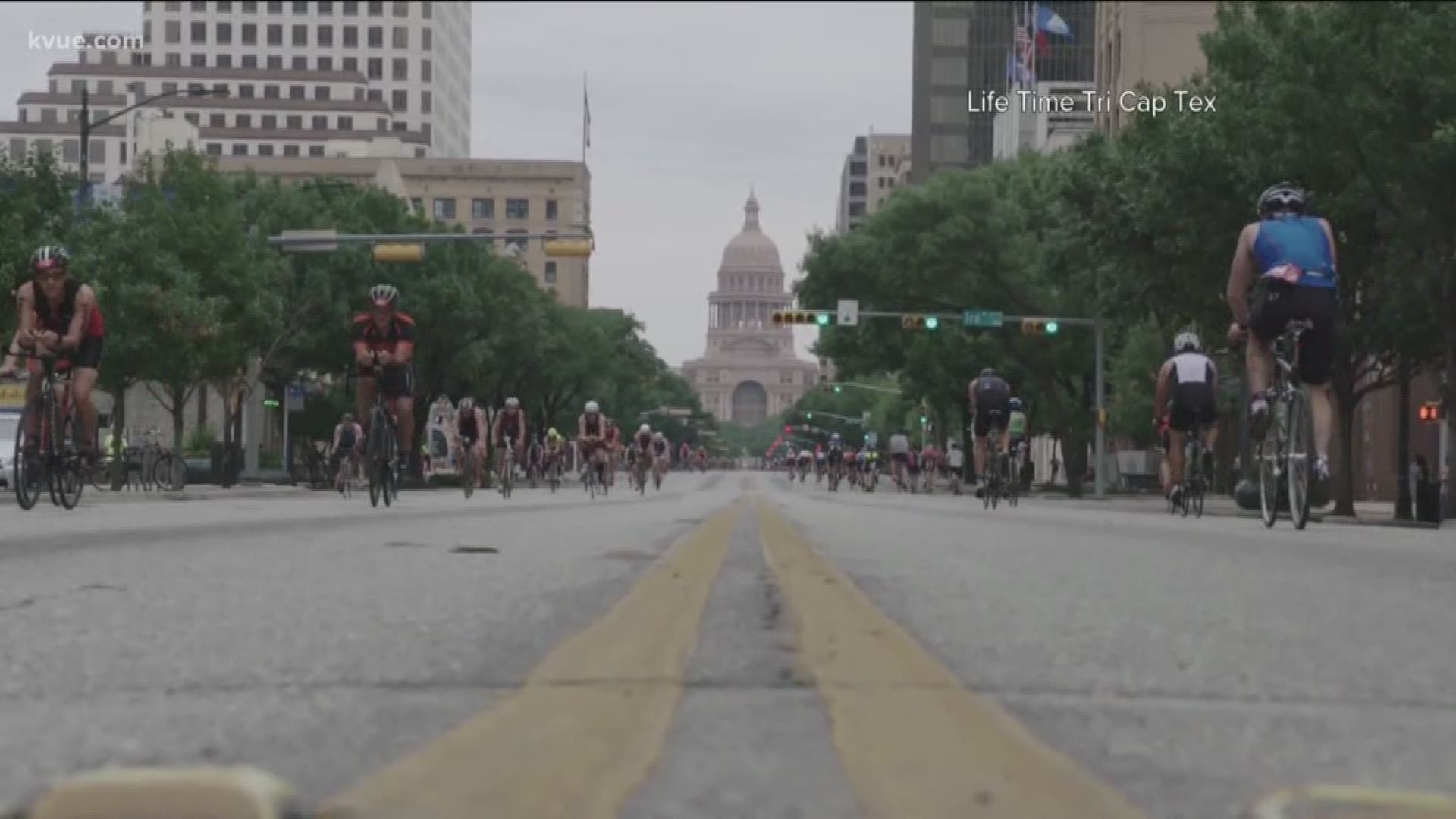 The Life Time CapTex Tri took place at Vic Mathias Shores. This is the first time the event has been sold out in a decade. That means more than 2,000 athletes made their way through Austin streets and Lady Bird Lake.

“Swimming in Lady Bird Lake, which is the only time of the year you can do that, biking up Congress right in front of the Capital and finishing your run through Auditorium Shores and Butler Park – it’s the perfect setting for a triathlon,” said Scott Hutmacher with Life Time Triathlon.

These athletes pushed their bodies to the limit. The event draws athletes from eight countries and 33 states.

There’s a race for whatever level you’re ready for. The international race is 32 miles in total, then there’s a sprint race that’s 16 miles and then there’s a super sprint, which is 6 to 7 miles total.

A Life Time spokesperson said this a full body workout.

“The ability for you to train with both upper body and lower body in the sport of triathlon, we think is the best avenue for you to gain a healthy way of life,” said Hutmacher.

Hutmacher said nearly a quarter of the athletes competing at the 2019 triathlon are competing for the first time.

This year the entire race will be live streamed on the event’s Facebook page for the first time as well.

The start time depends on what race athletes are competing in. The 32-mile race kicked off first at 7 a.m. Hutmacher said it will take about three hours for athletes to complete. The awards ceremony takes place at 11 a.m.