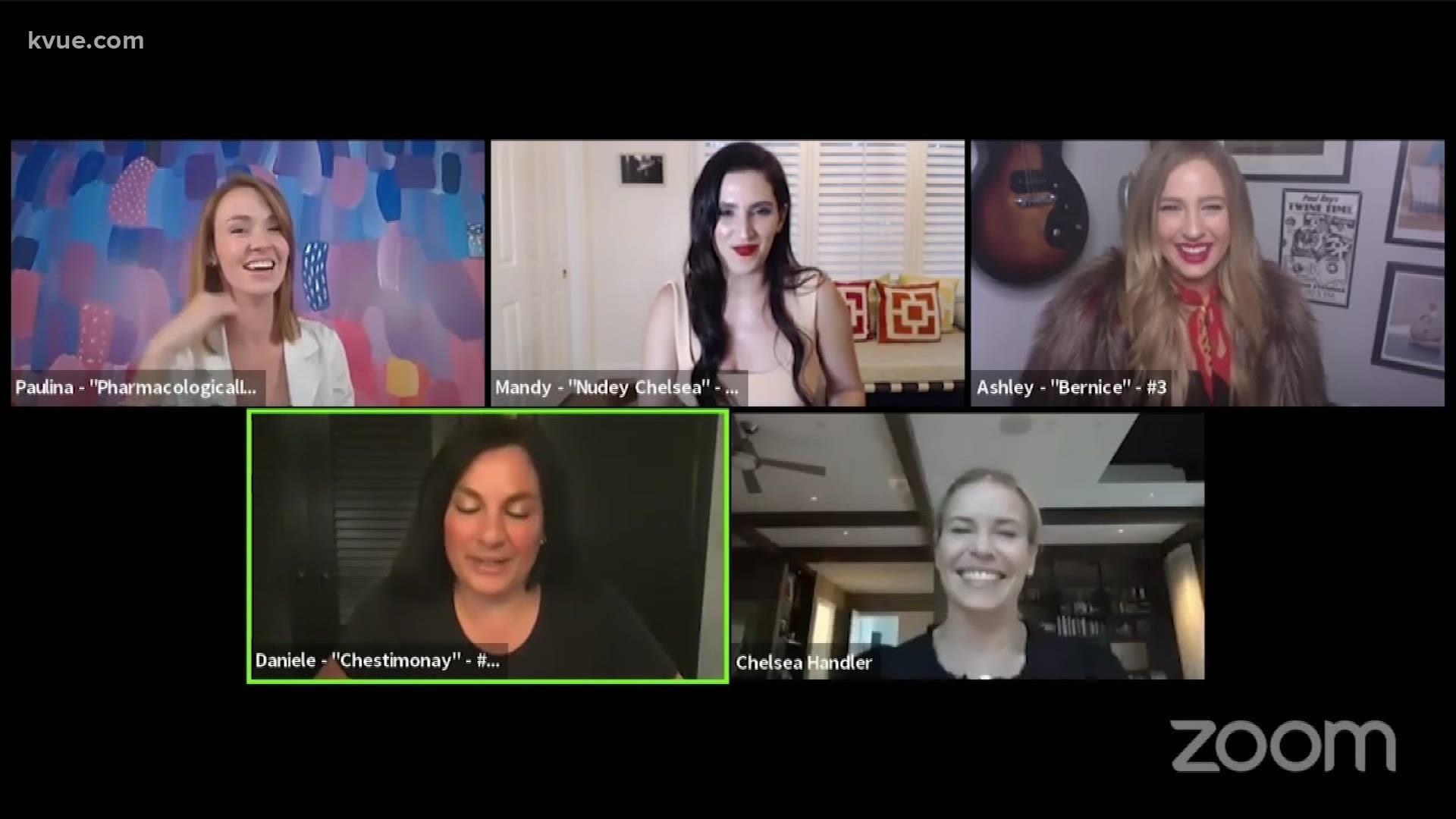 AUSTIN, Texas — As some businesses are opening up around Central Texas, others like the Hideout Theatre will remain closed, encouraging performers to bring their comedy to new outlets.

Mandy Smith, Danielle Kimes, Ashley Park and Paulina Fricke-Fox from Estrogen's Follies, an Austin improv troupe, were looking for ways to continue performing and making people laugh while staying safe at home. They decided to start a show that is part Q&A, part book club and part happy hour. One of the books on their list was Chelsea Handler's "Life Will Be the Death of Me."

"Why not send a 'hail Mary' email, which we did, to see if she would like to come on in this Q&A with us, have some fun," said Kimes.

"She was amazing. It was lots of fun. And we're like, now we're off and running," Kimes said.

Their next guest is Iliza Shlesinger.

"She's been doing stand-up since the early 2000s. She was the first female comic to win 'Last Comic Standing.' She has five, I think, Netflix specials and a new sketch show that just came out this year that's hilarious," said Fricke-Fox.

Their interview with Shlesinger is May 22 at 8 p.m.