The Hideout Theatre in Downtown Austin is looking to bring a little positivity and laughter to people near and far. 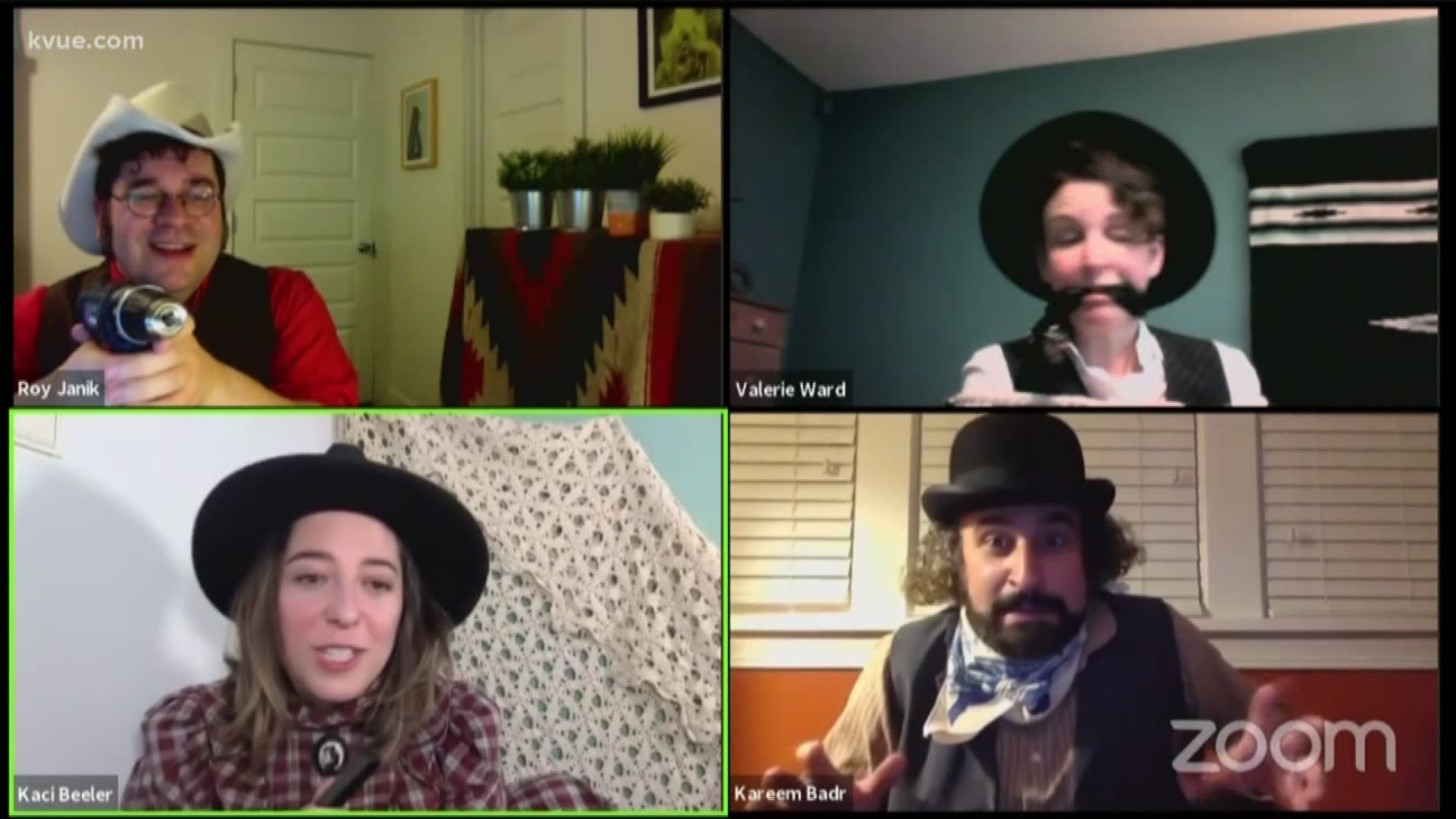 AUSTIN, Texas — The Hideout Theatre in Downtown Austin is used to an in-person audience, audible applause and face-to-face productions. But right now performances from the theater look a little different.

"Well, as soon as we found out we couldn't do shows, we were scrambling to figure out what what we could do to survive and to continue to feed ourselves and our community artistically," said Hideout Theatre Marketing Director Courtney Hopkins.

The theater has now taken its shows online through the online live-streaming platform Twitch.

Viewers can watch and participate in live improv through the site. The performers get suggestions from the chat and incorporate them into the show real-time.

"We initially thought maybe that it would only work if shows were in the context of the reality, which is everybody's in a different place. Maybe we need to do shows where people are doing a teleconference or shows where people are having a seminar. But it turned out that our narrative, story-based improv really just works well," Hopkins said.

Livestreams and virtual tip jars: How Austin musicians are coping during the pandemic

They offer different shows, including Maestro, a kids show, and performances from their improv troupe, Parallelogramophonograph. Thanks to technology, they've been able to reach a broader audience too. People from all over the world not only tune in, but also join the performances.

Hideout Theatre also offers classes, kids improv, team building and private shows. They plan to continue their online presence even after they are back performing at their spot in Downtown Austin.

"We have workshops now that are available to people in England that weren't before. So we're excited about being able to live in both those worlds when we come back," said Hopkins.

As for their plan to reopen, when the city allows, they want to make sure the audience and performers feel comfortable.

Hopkins added, "When you come to the theater, it should be something that you are excited about and something is joyful. And so we don't want to come back to a situation where everyone feels tense and scared."