The hot housing market is not slowing down, but homes are getting reassessed for damage, causing delays. 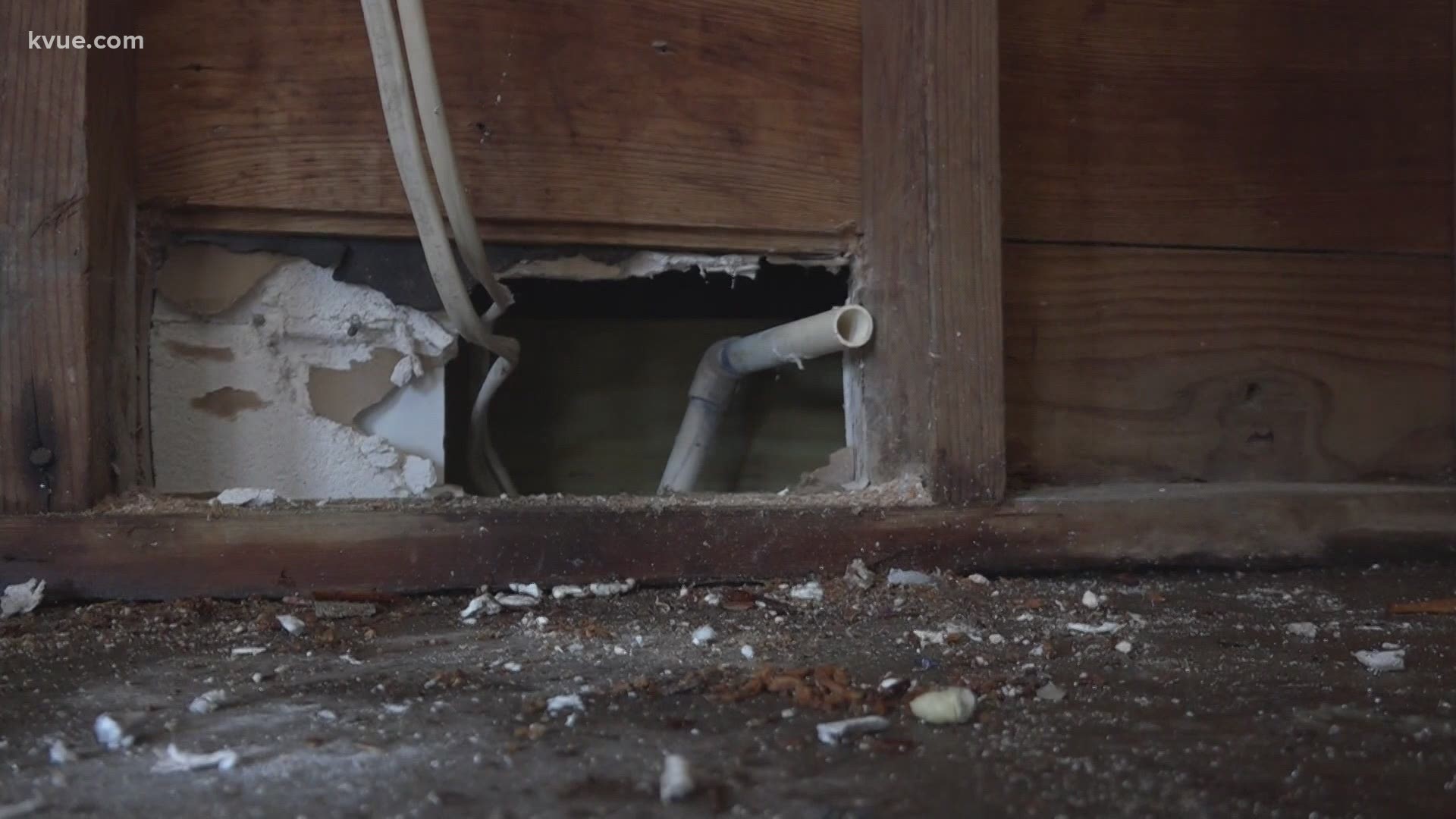 CENTRAL, Texas — In a place where homes are selling quicker than "for sale" signs can go up, it's clear Central Texas is a booming place.

However, February's winter storms are causing delays for families trying to get the keys to their new homes.

"Essentially, a lot of the lenders are coming back and making you reappraise the property, making sure that there's not any issues that have occurred from the storm," said Kelley Hughes, a local real estate agent with David Brodsky Properties.

Since the snow blanketed the streets and the city froze over, at least 200 plumbing permits have been applied for through the City of Austin, likely for major repairs. This does not account for numerous other issues Austinites faced.

Busted pipes filling homes with water, tankless water heaters shutting down and trees falling onto roofs are just a few of the issues people have encountered.

Home inspection companies like Austin Property Inspections (API) said they have received nonstop calls since the storms and have had to kick their business into overdrive to help everyone in need.

Patricia Vonne with Stanberry Realtors has actively worked with API as they have provided post-storm inspections as quickly as possible.

"It allowed us to address the problems and minimize the damage," Vonne said.

She recommends that homeowners get their homes inspected as quickly as possible and notify insurers and mortgage lenders about any changes to the properties.

Despite these professionals stepping up their efforts, the overwhelming need for their support, as well as a shortage of supplies to make repairs, has caused delays in homes closing.

Jim Clapp, the president of the Texas Mortgage Bankers Association, said many of their buyers are taking a step back to ensure the home they were ready to buy before the storm is still in good condition.

"They're going to do a final walkthrough and, you know, nobody in their right mind is going to want to close on a property that's sustained substantial water damage," Clapp said. "So, it is kind of, hopefully, a self-policing mechanism."

Some closings were only delayed by a few days, but others could be delayed a month or more, according to Hughes.

"The appraisers were already slammed before this. So, getting back out to the properties and reissuing reports, it's definitely been a little bit of a headache," she said.

As the aftermath of the storms continues to linger, experts do not expect it to get easier to find a home. New data from the Austin Board of Realtors shows the market continues to boom.

As the supply of homes continues to dwindle, Hughes said some homebuyers are following through with their purchases despite damages because they want a piece of the Austin real estate cake.

List: Businesses in Austin that are still requiring masks