When the rains came: A look back at Austin's record-breaking rainfall

What was the rainiest day ever in Austin? Here's a look at some single-day rainfall records in Central Texas. 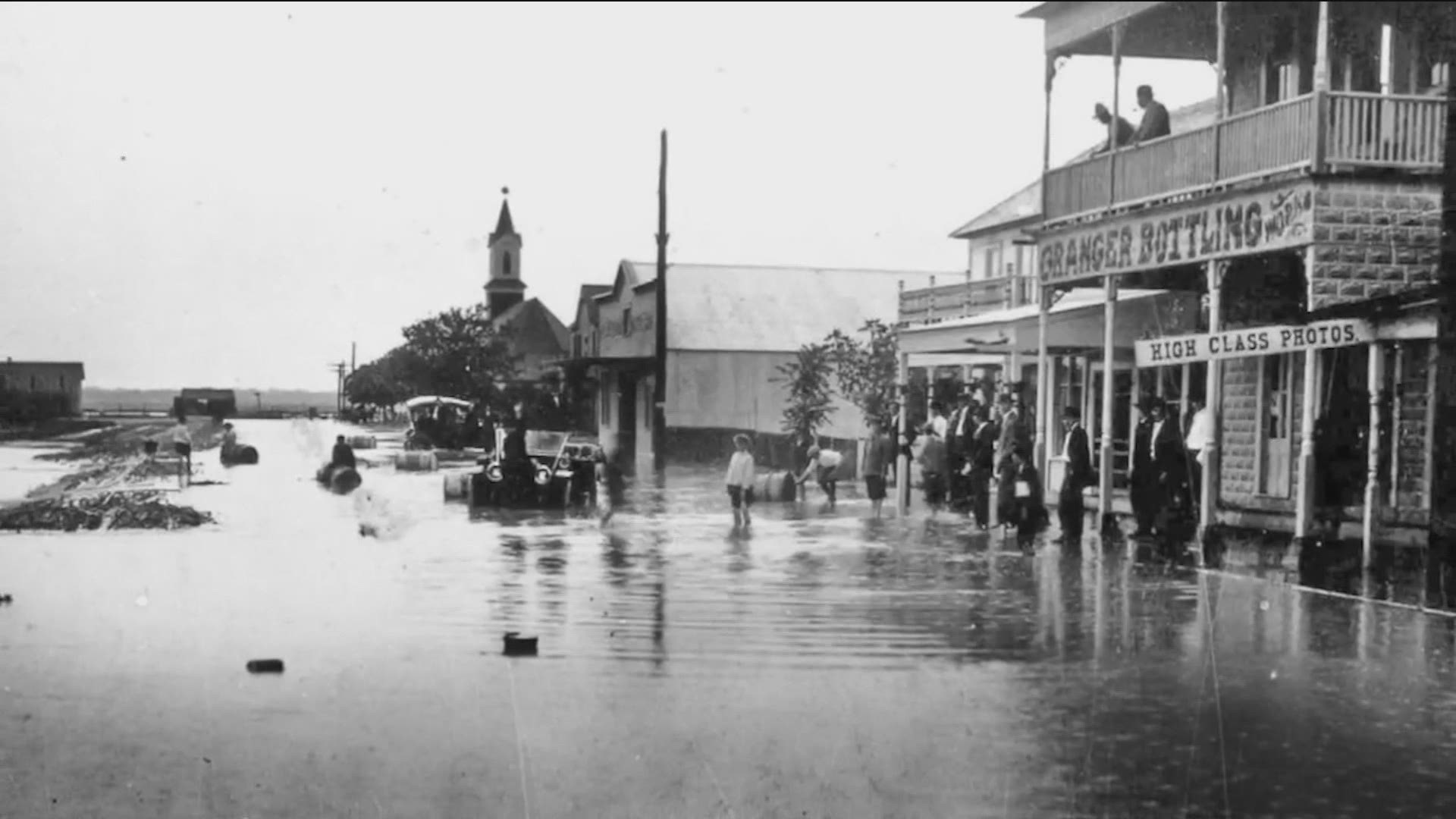 AUSTIN, Texas — The recent heavy rain we’ve been experiencing is finally coming to an end, and it caused us to wonder: Have the recent rains across Central Texas been record-breakers?

The answer is no. Although we've had a lot of rain over the past seven days, there have been no new single-day rainfall records broken. On May 31, Austin's airport reported 3.95 inches of rain, the wettest single day from the recent storms, but not enough for the record books.

You’d have to go back to 2010 the find the wettest day in recent local weather history – Sept. 7, 2010, to be exact – when just over 7 inches fell in one day at Camp Mabry. That was the day Tropical Storm Hermine moved over our part of the state after making landfall just below the Texas Rio Grande Valley.

So what’s the wettest single day ever recorded in Austin? That would be way back on Sept. 9, 1921, when 15 inches of rain fell in a single day in the city. That same tropical system caused devastating flooding in San Antonio that caused a number of deaths and damages in the millions of dollars.

Williamson County was particularly hard-hit by that same 1921 flood, with heavy damage in Taylor and Granger.

It was worse in Thrall. For over half a century, that small town in eastern Williamson County held the U.S. record of 38 inches of rainfall in just over 18 hours during the September 1921 floods.

But that one-day record was smashed in 1979 when 42 inches of rain fell in 24 hours in Alvin, south of Houston, after Tropical Storm Claudette came ashore on the Texas coast.