The daily record was beaten by 3 degrees. 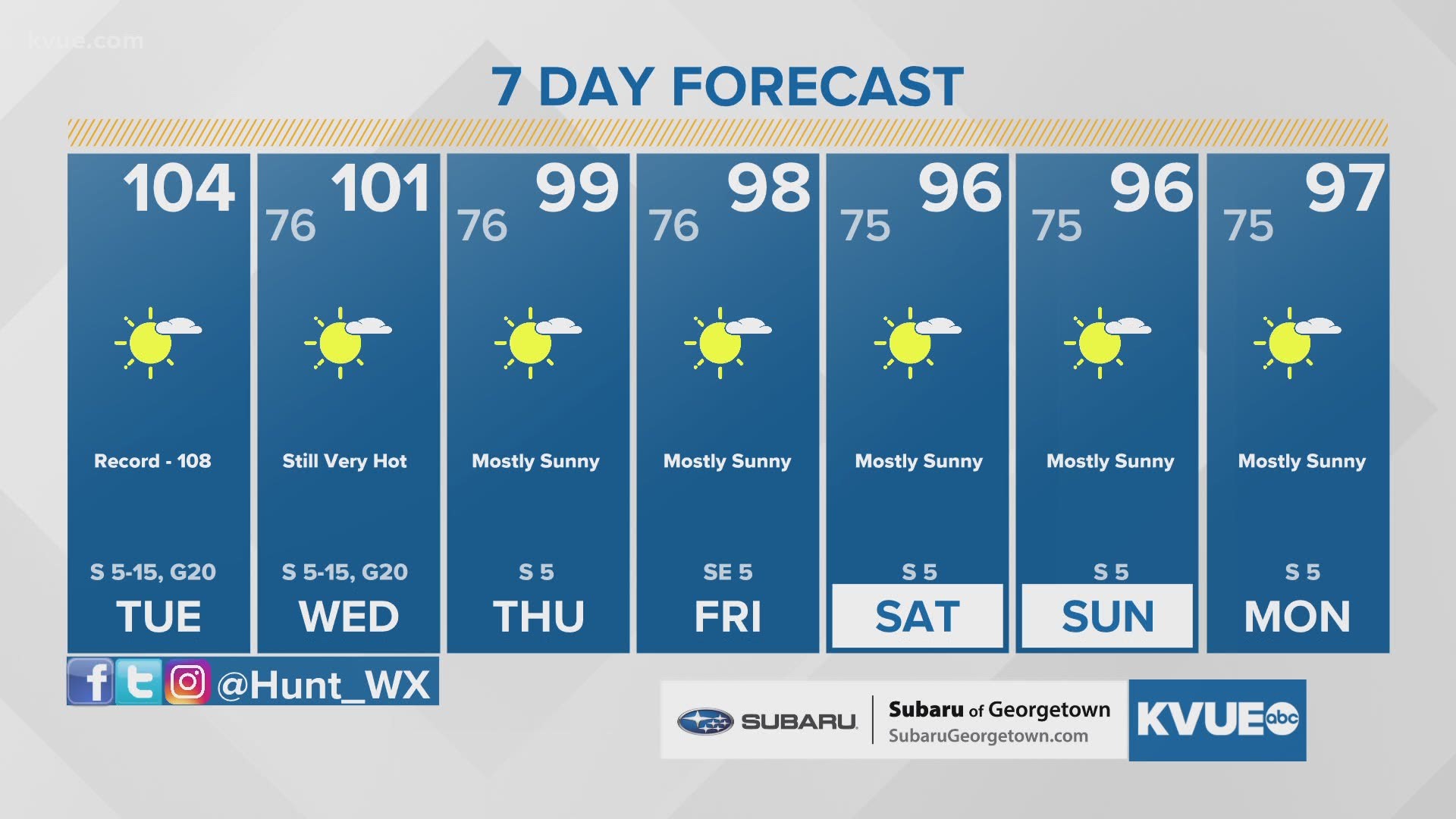 AUSTIN, Texas — The eighth day of triple-digit heat this year is in the books for Austin. Sunday afternoon reached 105 degrees, falling 2 degrees shy of the daily record high of 107.

On Monday, we reached 108 degrees at Camp Mabry. That beats the daily record by 3 degrees, falling short of the all-time July record for Austin by just 2 degrees. This is the warmest high temperature recorded since July 2018.

Sunday featured the first Excessive Heat Warnings for the KVUE area since 2018.

Temperatures will then fall a degree or two on Tuesday. This should knock temperatures out of record-high contention.

By the middle and end of the week, the ridge of high pressure responsible for this heat will begin to weaken slightly.

This will allow slightly cooler temperatures for the second half of the week, although even then highs remain around 100 degrees. Rain chances remain out of the forecast through the end of the upcoming week.

The KVUE Storm Team will continue to monitor the forecast.