An ugly, smelly and dangerous mess has sat unattended for several months, so the KVUE Defenders got involved. 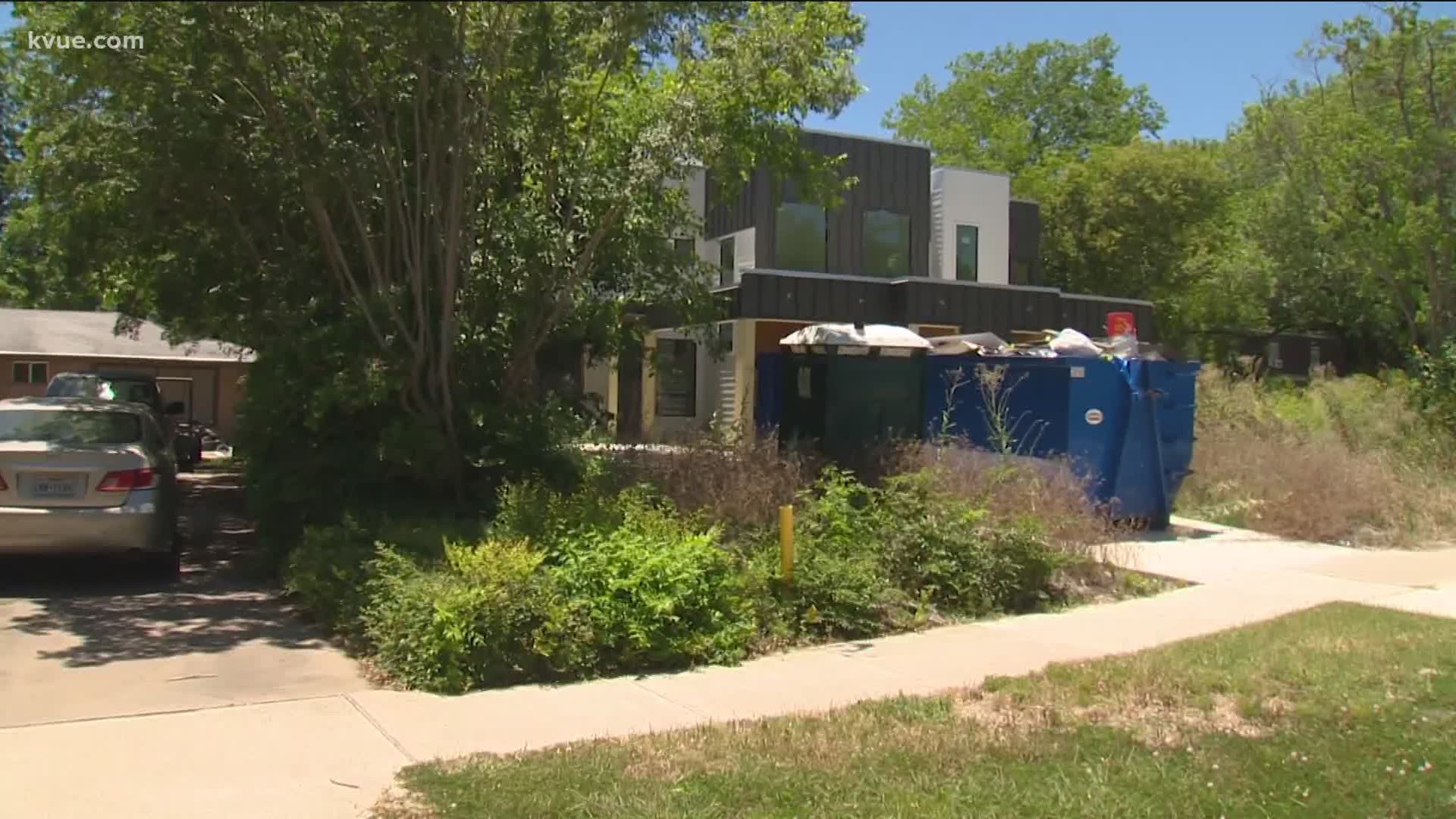 AUSTIN, Texas — Just about one more month, and Thomas Isacc and his daughter, Joni, should be done with their home improvement project.

"I'm putting in a paver driveway with a paver patio," Isacc said.

It's a much tighter schedule than what's happening next door.

"It's a construction site that's been going on for three years," she said.

Neighbors said the Bullard Drive property in the North Austin Allandale community has been abandoned for several months. It's an incomplete duplex that is now a complete mess.

Gloria Sassman passes it on her daily walks with her dog, Finnegan.

"It's an affront to all of the neighbors," she said.

It's a real assault of the senses, the neighbors said, from the overgrown weeds to all the trash in the yard. And then, there's the smell.

"[There is] a port-a-potty that hasn't been changed in four or five months," Isacc added.

On top of all that, the property has a secret surprise – a really big hole right off the sidewalk that's concealed by weeds. It's nearly 2 feet deep and right across the street from an elementary school.

"There's school kids walking by every day and I was afraid one of them might fall in it," Sassman said.

She said, "The City should be doing something. I mean, it's a health hazard."

Someone came out and documented it, but nothing changed.

She said, "I didn't know what to do after I called the City, and then I thought, 'Wait a minute, KVUE Defenders.'"

The Defenders researched the property. It's changed hands a few times and is currently in foreclosure for the second time.

The KVUE Defenders reached out to the City with the neighbors' frustrations.

"Unfortunately, being hit with the COVID-19, our priorities shifted," Lara said. "Not to say that it's not important."

Plus, Lara said, the process to allow property owners to make corrections can be slow. What wasn't slow was the change that happened to the property the day after the Defenders visited.

The lender, Capstone Capital Partners, mowed the lawn.  A spokesperson said clean-up was already in the works before the Defenders got involved, but KVUE let them know how bad the port-a-potty was and about neighbors' concerns with the hole.

Single mom, broke because of coronavirus, says creditor won't cut her a break

Soon after, Capstone removed the port-a-potty and dumpster and filled in the hole.

"I tried to get stuff done and nothing happened," Sassman said. "And that's why I appreciate KVUE giving them that push."

Hopefully, that will be the end of the drama at that duplex site.

Once the foreclosure is complete next week, the lender, Capstone, plans to sell the property to a local builder who could have it finished in three to six months.

Have a story tip or question for the KVUE Defenders? Talk directly with KVUE by texting 512-459-9442.