At its highest point in April, traffic was down nearly 50%. 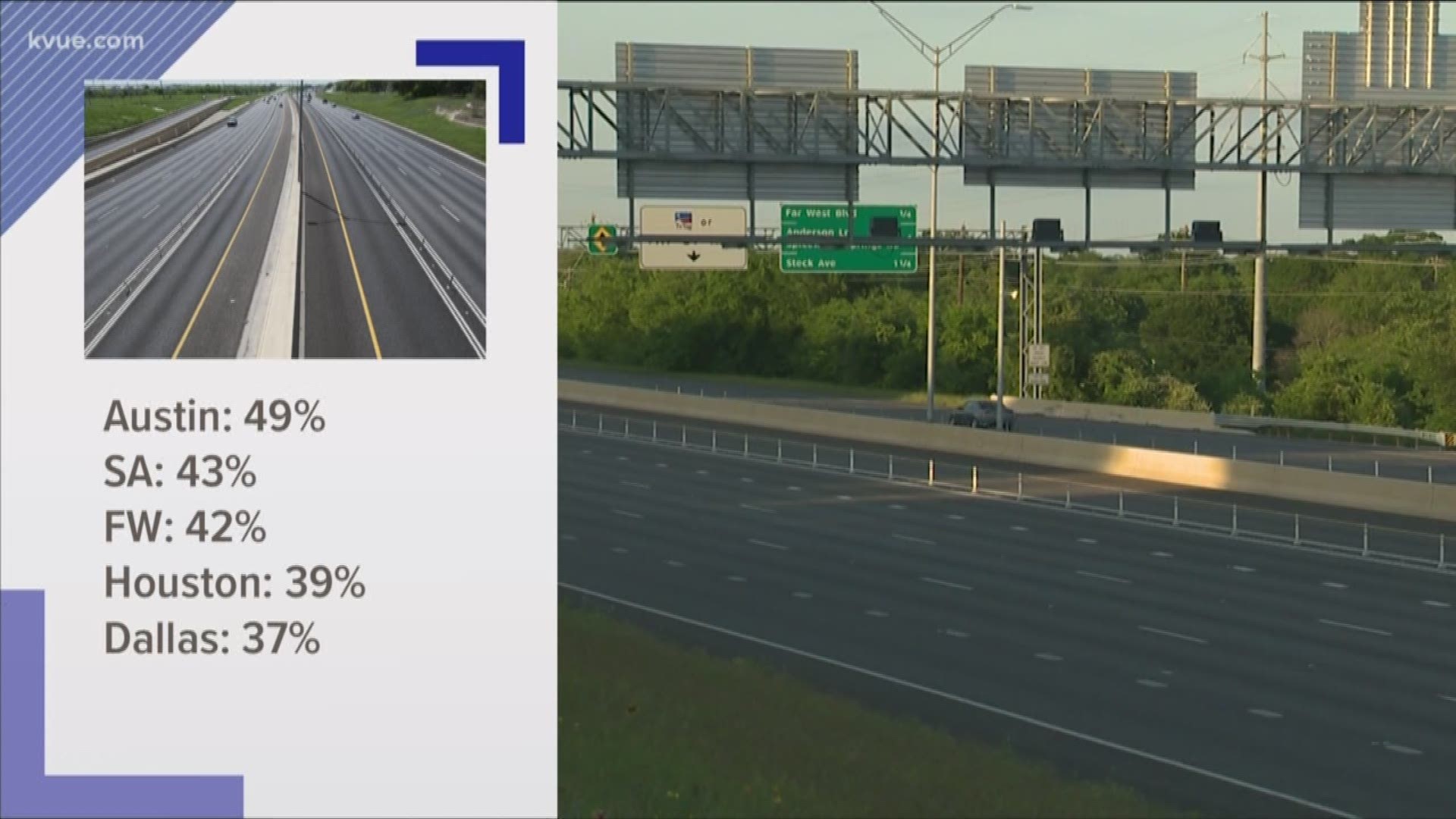 AUSTIN, Texas — It looks like Austin traffic is starting to make a comeback after a stretch of relief from the coronavirus pandemic.

According to data from TxDOT, Austin has seen a steady increase in traffic since its lowest numbers this spring. Around March and April, traffic was down close to 50%. But, as of July, that's decreased to about 19%.

To come up with its numbers, TxDOT analyzed recent traffic volumes from its permanent traffic count stations. It then compared those to a baseline week – Feb. 22 to Feb. 28.

RELATED: Austin’s traffic deaths are up so far this year while serious injuries from wrecks have declined

Here's a look at the data:

Laura is officially a hurricane as Tropical Storm Marco weakens