There were some icy roadways in the Austin area Monday morning after a snowy day Sunday. 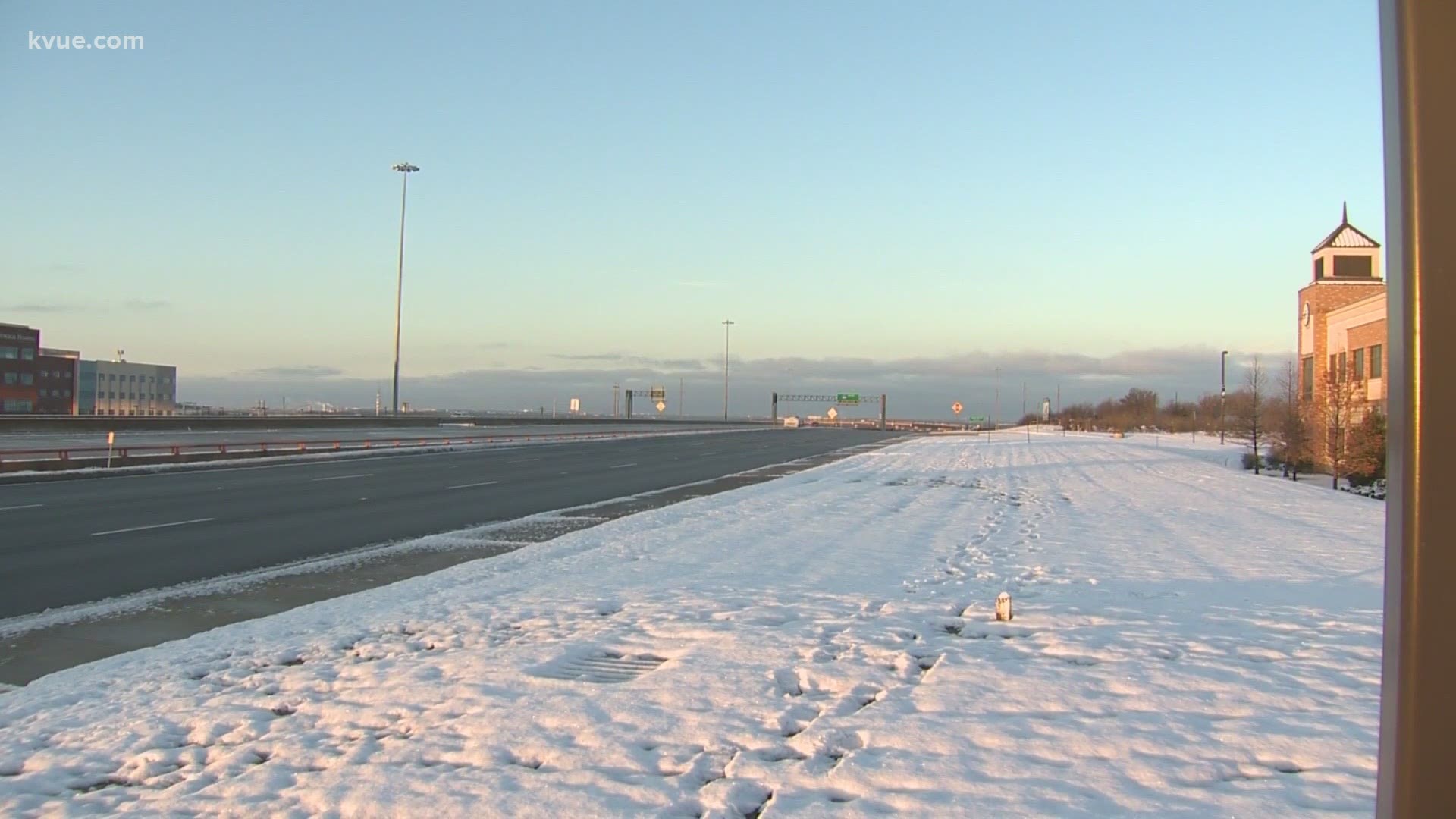 ATCEMS said there was a reported five-vehicle crash at Cesar Chavez Street and MoPac Expressway, and said there were two reported incidents at the westbound ramp of N. SH 45 involving at least 13 vehicles.

#ATCEMSMedics are experiencing several multi-car pile ups on highways. Currently Cesar Chavez/ Mopac reported to have 5 vehicles, 2 incidents at N SH 45 WB ramp to 620 WB with at least 13 vehicles, as well as other collisions around the area. #SlowDown #ArriveAlive

ATCEMS later reported there was a crash at East Howard Lane and Dessau Road, where one vehicle had rolled, causing another vehicle to crash into a pedestrian. ATCEMS said it was transferring one adult to Dell Seton and another adult to St. David's Round Rock.

ATCEMS said there were icy patches of road on bridges and overpasses in North and northwest Austin extended into Williamson County.

#ATXTraffic #ATXWx #SlowDown #ArriveAlive Per https://t.co/UX4HY2UXfH, there are ice & snow patches on bridges & overpasses in North/Northwest Austin in to Williamson County. Avoid 620, 360, 183, 45, 1431. "Don't make us meet by accident!" pic.twitter.com/CkSBeIaW7x

The Travis County Sheriff's Office also reported a crash along State Highway 130 near the Onion Creek bridge. By 9 a.m., TCSO said the collisions had been cleared, but one lane was still closed due to ice. By 9:30 a.m., TSCO said the roads had been reopened.

Collisions in this area have been cleared, but the right lane of SH 130 NB is still closed due to ice. https://t.co/Jvw9eWxGKc

TxDOT spoke with KVUE on Jan. 10, warning drivers of potentially icy roads on the morning of Jan. 11 and gave safety tips. You can read about those tips here.

The Big Snow of 2021: Remembering Central Texas' snow day with your pictures