Terrence Johnson will serve as head men's basketball coach for the 2020-21 season. 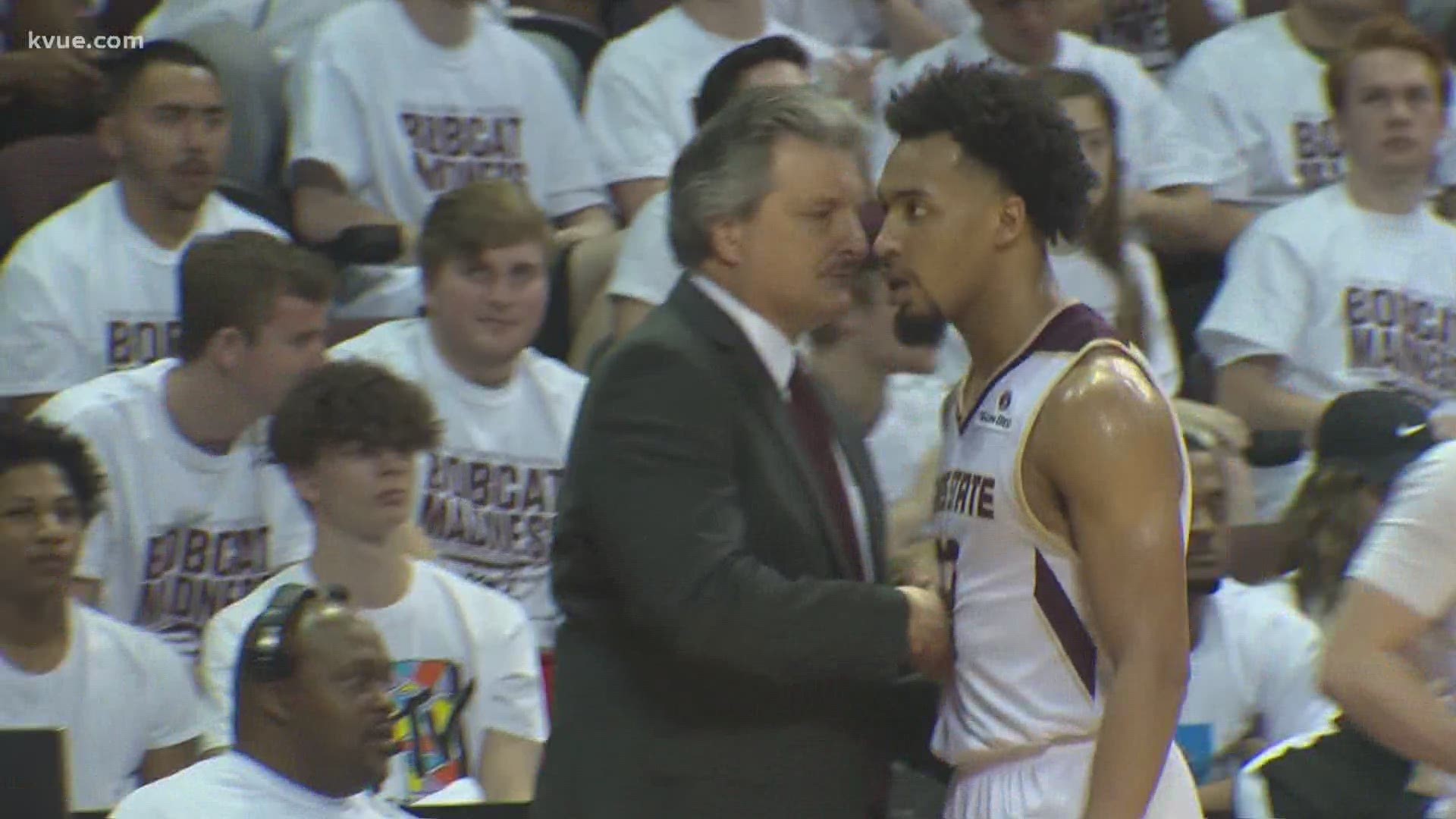 SAN MARCOS, Texas — Texas State University has accepted the resignation of Head Basketball Coach Danny Kaspar after allegations earlier this year from former players that he was known to make "racially biased comments."

Texas State made the announcement on Tuesday with the following statement:

"Texas State Director of Athletics Larry Teis announced that he accepted the resignation of Head Basketball Coach Danny Kaspar. Teis also announced that Terrence Johnson would serve as head men's basketball coach for the 2020-21 season. The university will not be making any additional statements."

Multiple players came forward this summer detailing their experiences with the coach, leading to the university launching an investigation. At the time of the allegations, Teis said he found them "deeply troubling."

The Bobcats' starting point guard in 2019, Jaylen Shead, was among the students who spoke up. He detailed his experience playing under Kaspar and his decision to transfer after the season.

Shead explained how Kaspar told players to "chase that chicken" to get them to run faster, threatened to have players deported if they messed up and prohibited players from wearing durags or earrings because it made them look like "gangsters."

After Shead’s statements, another former Texas State men’s basketball player, Alex Peacock, backed him up saying, “I stand with my boy Jaylen and everything he says 100%.”