This cemetery was the City's first major municipal graveyard dedicated to African Americans. 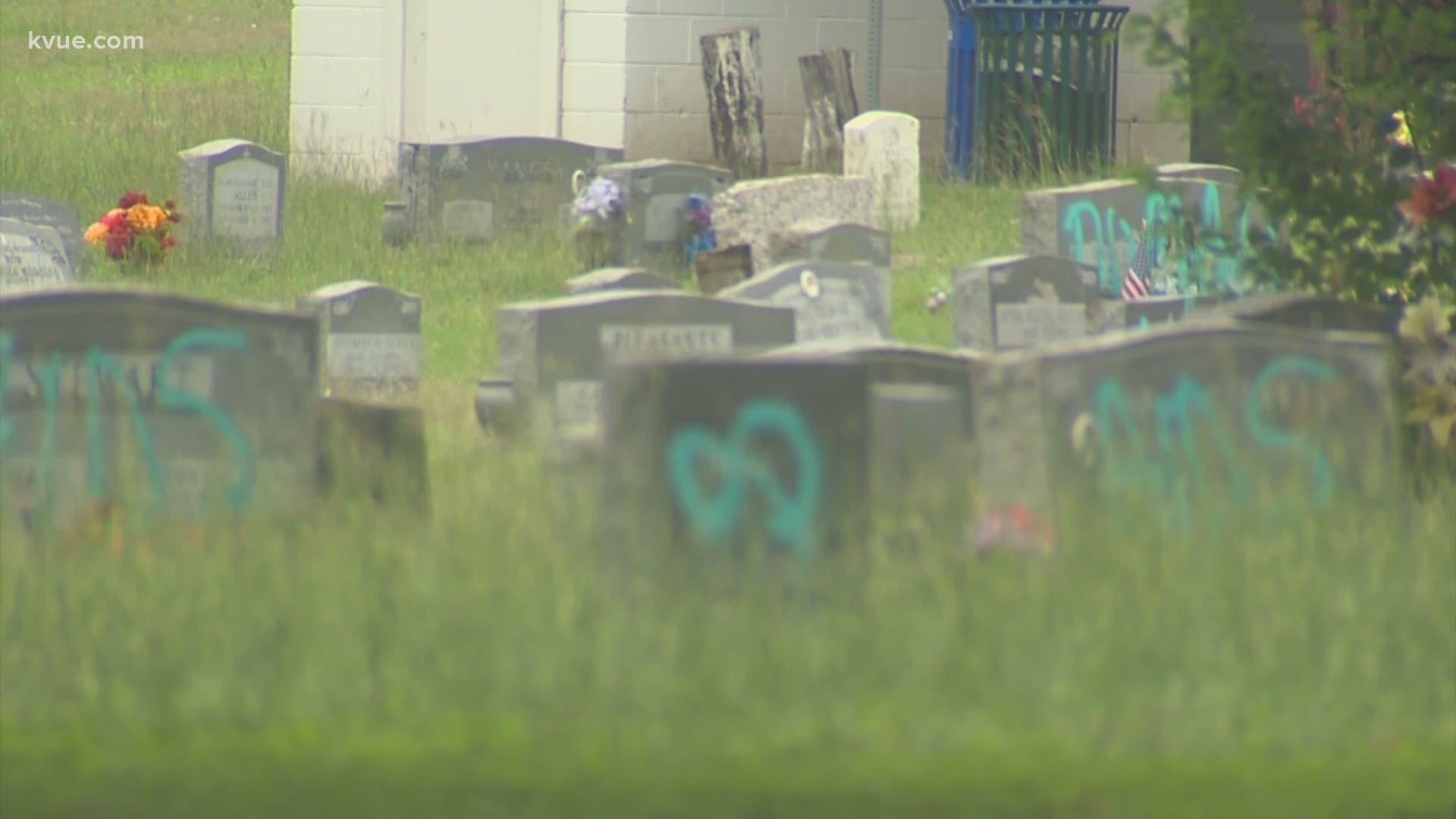 AUSTIN, Texas — More than a dozen headstones at the Evergreen Cemetery, a historic cemetery in East Austin, were vandalized. The cemetery is located at 3300 East 12th St.

"At the end of the day, the Black community is all damaged. We're all damaged because of this," said Victor Reed, an East Austin resident.

Reed said his grandfather is laid to rest in the cemetery and he believes this vandalism is an attack against Black Austinites.

"We got them disgracing our dead," said Reed. "That's just a sad sight, what's going on in this city. It's not only tombstones, it's the behavior that's been brought to this city – and it's a sore. This is another assault on the Black person in this city and no one seems like they want to address these issues and I'm wondering why."

Evergreen Cemetery was established in 1926. It was Austin's first major municipal graveyard dedicated to African Americans. Before this cemetery was created, Black Austinites were buried in separate sections of shared sites, or in family, private or community graveyards.

According to the Parks and Recreation Department, the vandalism took place sometime over the weekend and was discovered Monday morning. It appears that 15 headstones were randomly tagged. The Austin Police Department is currently investigating and PARD will be working with the affected families to help clean the headstones.

"This community has suffered so much," said Steven Brown, another East Austin resident.

Brown said he has family members lying to rest at Evergreen Cemetery, too. He said whoever vandalized these resting places wants to take pleasure in their pain, but he won't let that happen.

RELATED: Evergreen Cemetery has a rich history as the final resting place for Black leaders who shaped East Austin

"We're sick of kind of waking up to, you know, different offenses that take place to us. I'm asking for community members to start coming out, to start speaking up," said Reed. "It’s actions have only brought our ancestors in this community closer. We love and value our ancestors and I have full confidence that the thug/ thugs who did this will be dealt with accordingly."

"We are saddened to hear about the desecration of headstones at one of Austin’s historic cemeteries,” added Renee Lafair, Anti-Defamation League Austin regional director. “We encourage the Austin Parks and Recreation Department and the Austin Police Department to conduct a thorough investigation of the incident.”

WATCH: The Backstory: The history of Austin's Evergreen Cemetery