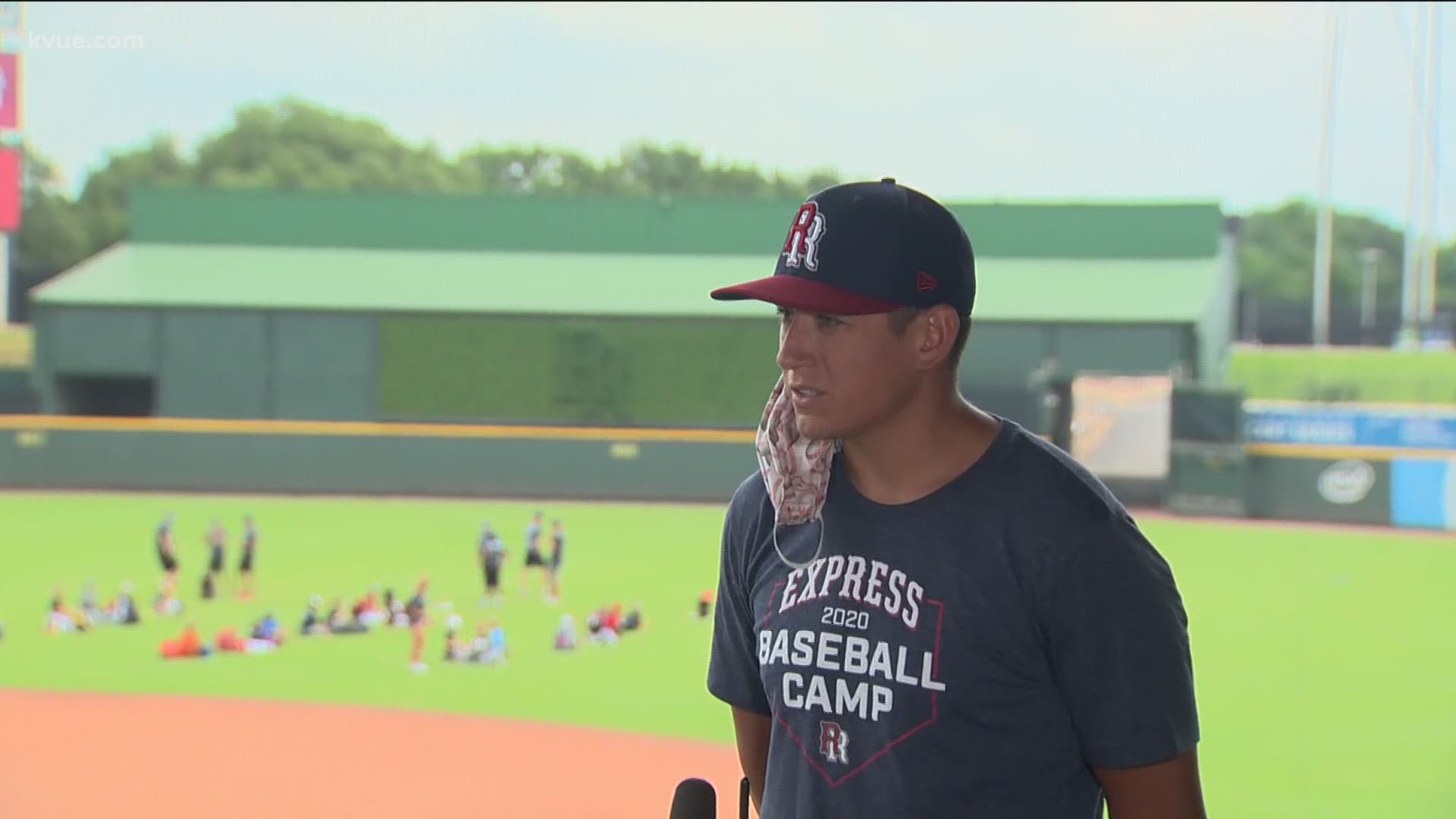 ROUND ROCK, Texas — Editor's note: The attached video was published on June 1.

The Round Rock Express announced on Thursday that the club has been granted a temporary expansion team in the Texas Collegiate League (TCL).

TLC is the state's first major collegiate summer wood bat league. The team will be named the Round Rock Hairy Men, a reference to a local urban legend.

Ten teams will be competing in the 2020 TCL season, each consisting of active collegiate players. Teams will compete in 30 regular-season games running from June 30 until Aug. 2. The Dell Diamond has been scheduled to host 15 games during the regular season, with its home opener set for Tuesday, July 7.

RELATED: How Round Rock Express plans to keep kids safe at summer camp during COVID-19 pandemic

In compliance with social distancing, stadium capacity will be limited to 25%. The team's schedule will be announced on Monday, June 15, at 10 a.m. when tickets go on sale.

“The Texas Collegiate League is consistently chock full of some of the best collegiate baseball players from our state,” Round Rock Express General Manager Tim Jackson said. “Traditionally, TCL rosters are made up of players from around the country, but we are confident in our ability to field a team made up primarily of talent from Central Texas. We are utilizing all of our connections with collegiate programs to highlight as many local athletes as we can this summer."

WATCH: How is the Round Rock Express handling the coronavirus