The Round Rock Express plans to host summer camps at Dell Diamond starting on June 1. 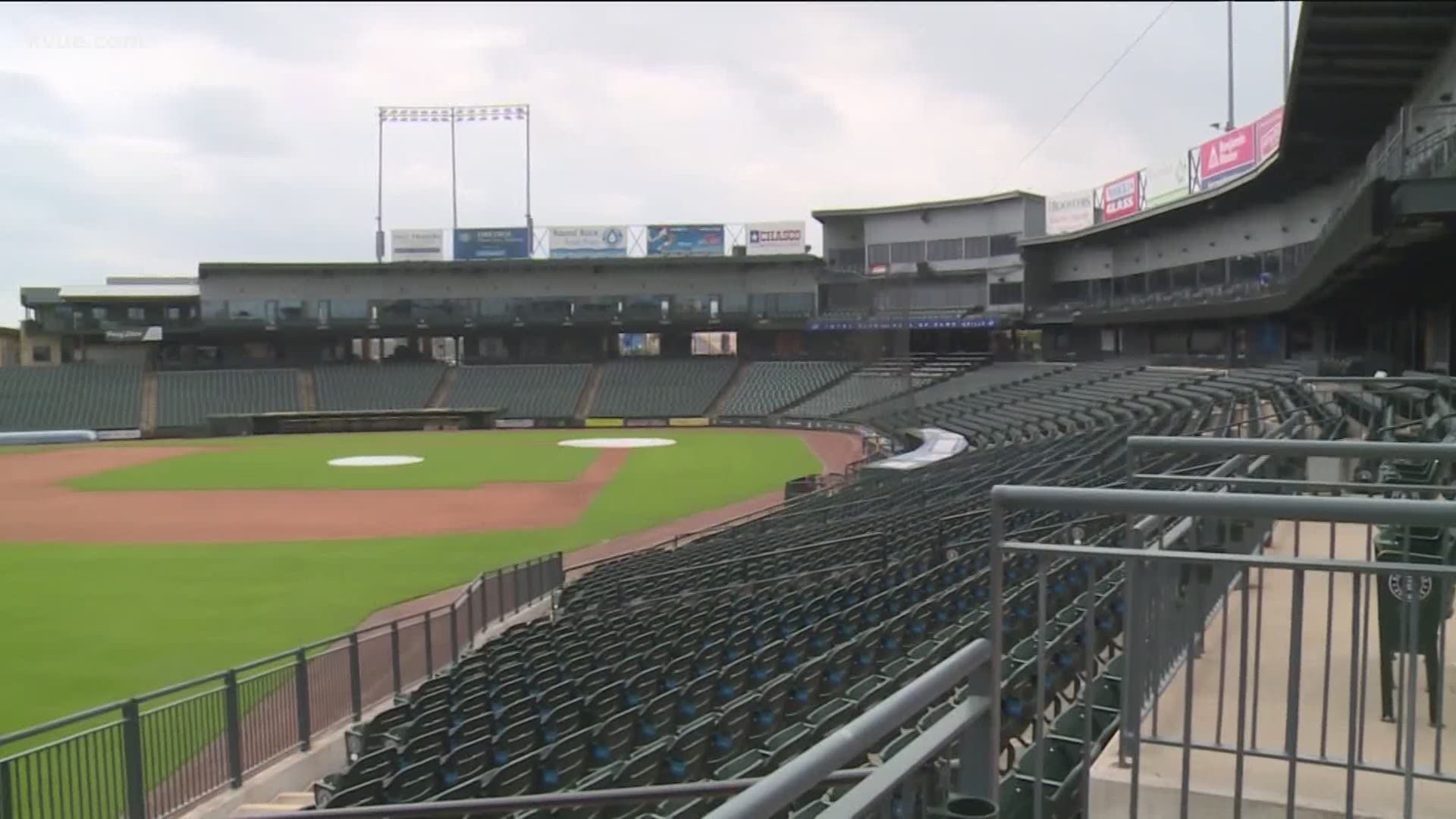 ROUND ROCK, Texas — Following Gov. Greg Abbott's announcement to enter phase two of reopening in Texas, the Round Rock Express announced their dates for their summer camps, the earliest starting June 1.

Because of COVID-19, Express Camps will run a little differently than they have in years past.

"My staff met this morning on protocols for drop-off and pickup, hand sanitizer stations, all the things we need to do to socially distance and keep the kids safe," said President Chris Almendarez.

The Express will do the following to keep Dell Diamond as clean and safe as possible:

"We're going to ask all the kids to bring their own bats, gloves, helmets. The only equipment we'll provide is baseballs, Wiffle balls if we have them," said camp coach Chase Almendarez. "Each coach will have their own bucket so those balls will be used by the same kids all day, same coaches, and then after each camp day we'll sanitize those with disinfectant spray."

Camps start June 1 and are available until Aug. 6

WATCH: What's next for Round Rock Express?