The biggest nonconference game in Austin since No. 1 Ohio State came to town in 2006 was one the most anticipated matchups of the season and delivered on its promise. Texas stormed back from a 20-7 halftime deficit and the teams traded seven touchdowns in the second half.

Burrow and Texas' Sam Ehlinger picked apart the defenses at will. LSU (2-0) didn't put it away until Texas came up inches short from covering an onside kick after its final touchdown with 22 seconds left.

Jefferson caught three touchdown passes. His clincher came after Burrow stepped away from blitzing Longhorns on third-and-long to fire a pass that would have been good enough for a first down, before Jefferson slipped a tackle and burst down the sideline.

Burrow is just the third LSU quarterback to pass for 400 yards and the first since 2001.

Ehlinger finished with 401 yards passing and four touchdowns for the Longhorns (1-1).

The win will give LSU some big early momentum in the long-term goal of reaching the College Football Playoff but the rough SEC still looms ahead in a long season. 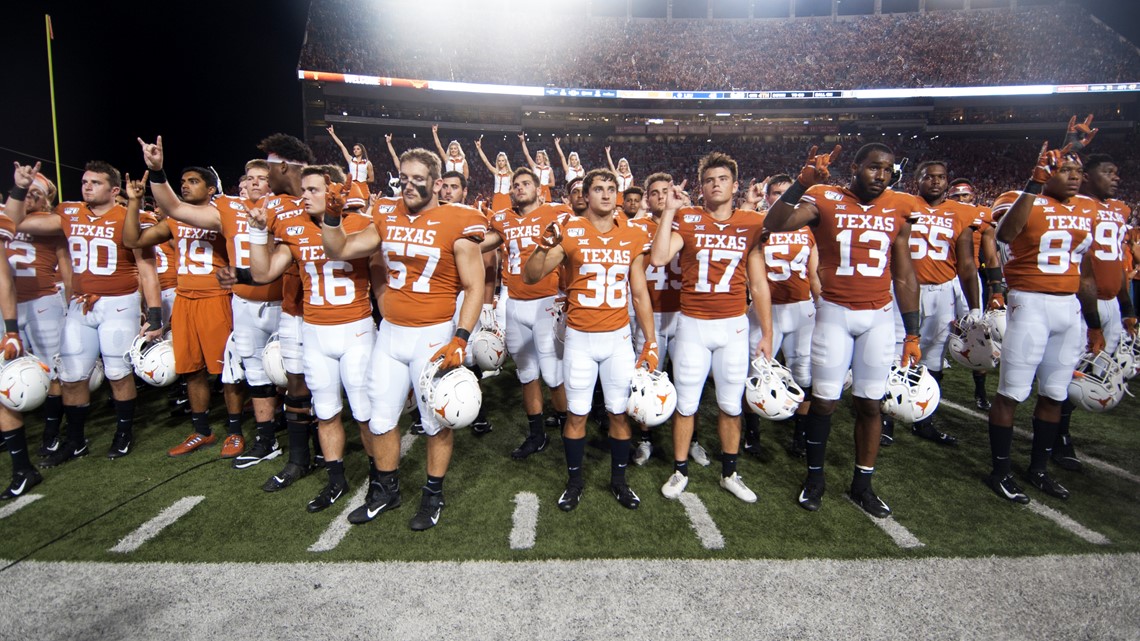 "I think it's a big statement, but obviously we want to play better," LSU coach Ed Orgeron said.

Texas coach Tom Herman said he'll immediately get his team to focus on the Big 12.

Texas fans turn up bright and early for "College GameDay"

"This is Game 2 of a marathon," Herman said. "All our goals are still out there."

LSU: The new offense is humming after two games. But the defense — and the players who taunted Texas before the game — gave up big plays and long touchdown drives with poor tackling. The Tigers secondary was gashed often in the second half, most notably by Texas slot receiver Devin Duvernay, who bowled over Tigers defenders again and again. Duvernay's 44-yard catch and run up the middle for a touchdown on 4thand-3 early in the fourth quarter kept Texas in the game.

Texas: A poor start was overshadowed in the wild second half but it was important. The Longhorns blew two big chances for touchdowns in the first quarter. Eight plays inside LSU 10 yielded no points as both drives were stuffed at the goal line. Tailback Keaontay Ingram dropped a wide open touchdown pass from Ehlinger.

Herman had no regrets over not kicking field goals early.

"We play to win. That's why we went for it on the goal line. It's that simple," Herman said. "Our whole mantra in that game was to empty the chamber and play to win."

LSU will likely stay where it is because there's frankly not much room to move up. Don't expect Texas to fall very far. The Longhorns fought back in what could have been a blowout coming out of halftime.