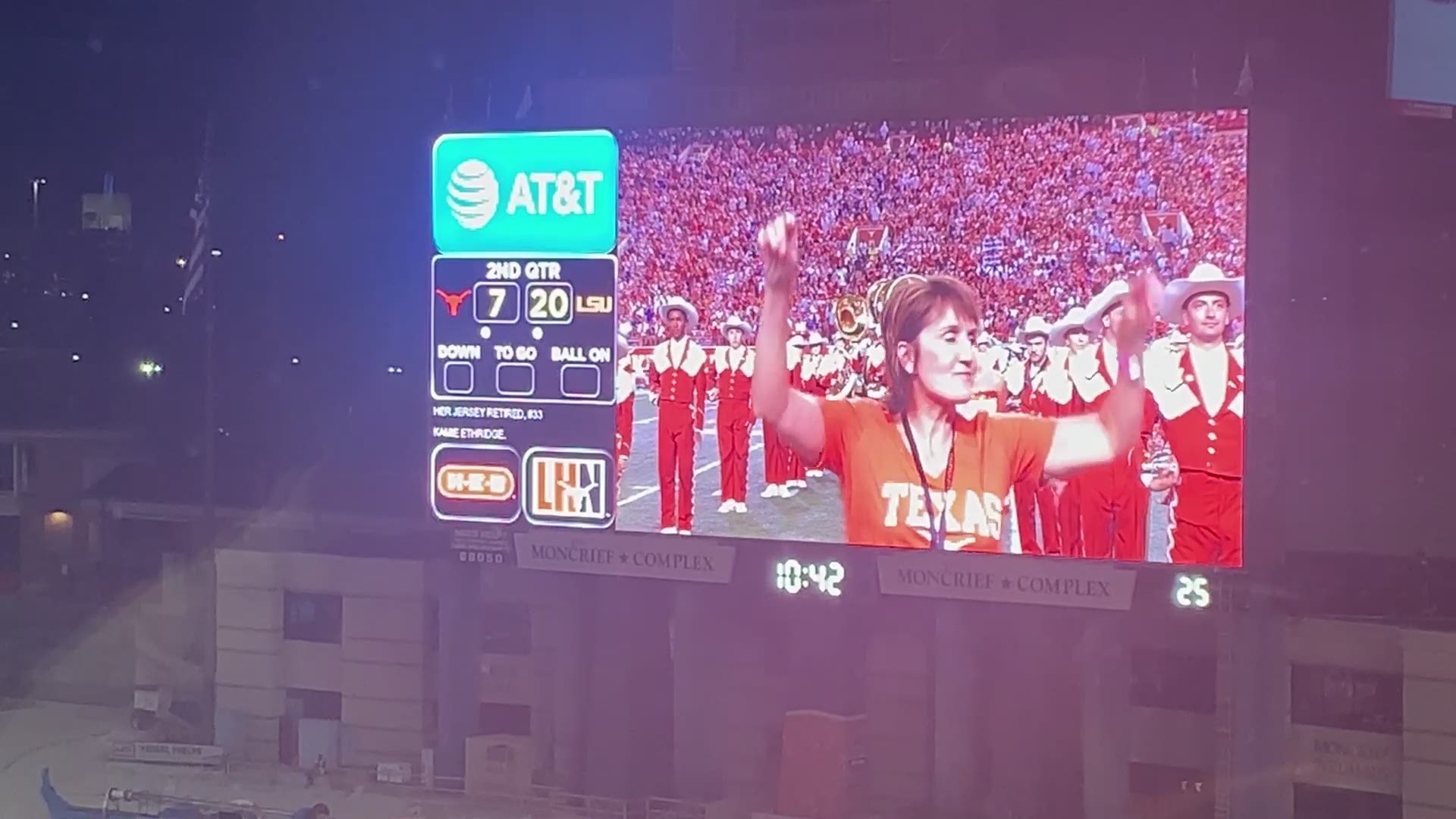 AUSTIN, Texas — The University of Texas retired the No. 33 jersey of Longhorn legend Kamie Ethridge in a halftime ceremony during Saturday's game against LSU.

Ethridge, who is originally from Lubbock, played for the Longhorns from 1982 to 1983 and from 1985 to 1986. As the team's starting point guard, she led the 1986 team to the NCAA Championship and a 34-0 record – the first undefeated season in women's college basketball, according to UT.

A two-time All-American for Texas, she was inducted into the Women's Basketball Hall of Fame in 2002 and the Texas Woman's Athletics Hall of Honor in 2000. She received the Honda Award for basketball in 1986 and was the overall Honda-Broderick Cup winner across all sports, recognizing her as the nation's top female athlete, according to UT. She claimed the 1986 Wade Trophy, awarded to the best women's basketball player in the U.S., and earned the Frances Pomery Naismith Award, which recognizes the best NCAA Division I female basketball player under five foot, eight inches.

She is UT's all-time career leader in assists with 776. And she won an Olympic gold medal with the United States at the 1988 Seoul Games.

Ethridge earned a bachelor's degree in physical education from UT in 1987 and spent her last year at UT as a student assistant coach. Since graduating, she spent 18 seasons as an assistant and associate head coach at Kansas State (1996 to 2014), served as the head coach at the University of Northern Colorado from 2014 to 2018 and is currently the head coach at Washington State University.

She has also served USA Basketball as an assistant coach for the U18 and U19 national teams.