The Longhorns will play the Utah Utes in Valero Alamo Bowl on Dec. 31. 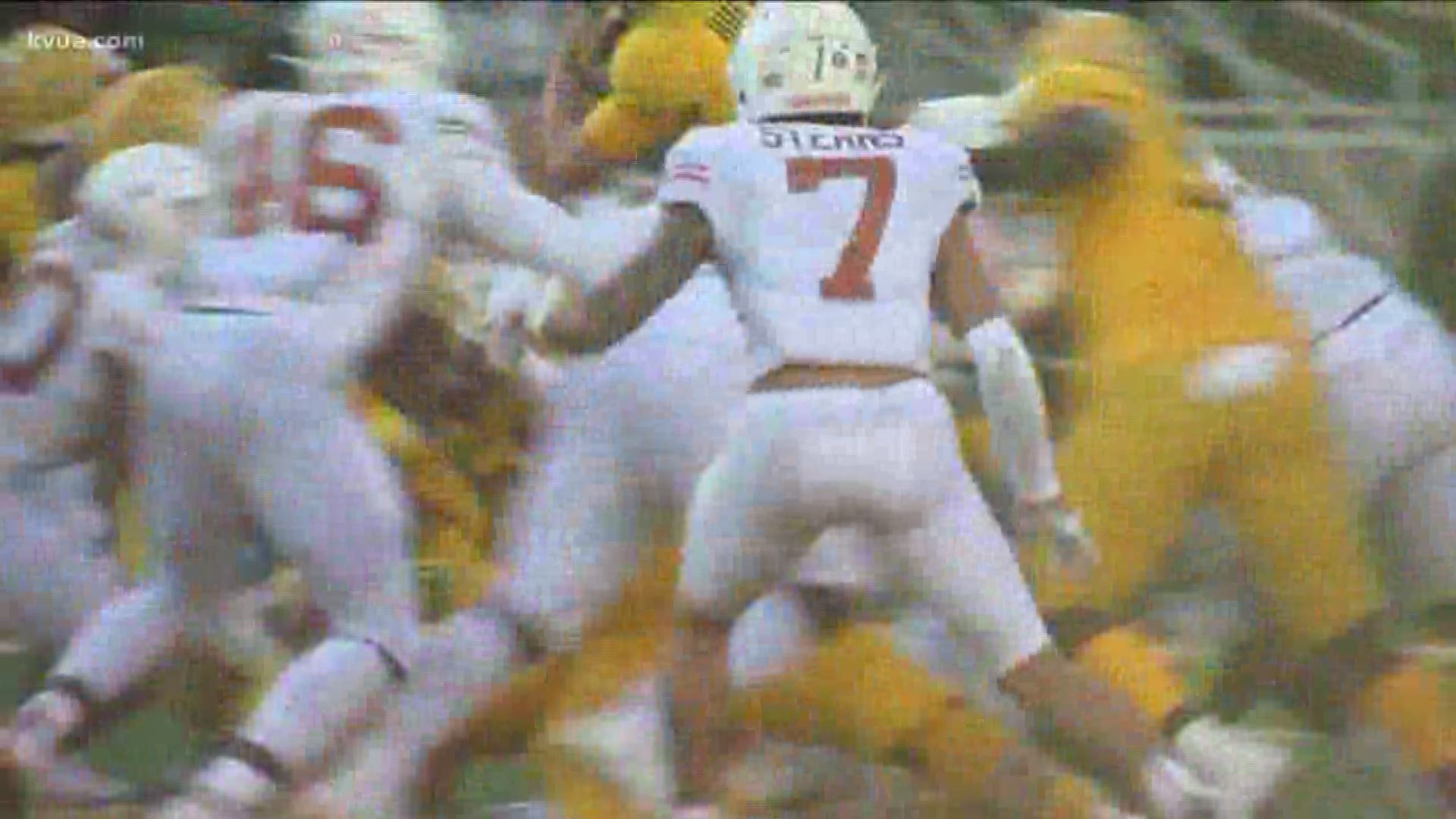 AUSTIN, Texas — It's official: The Texas Longhorns will play in the Valero Alamo Bowl in San Antonio on Dec 31.

ESPN made the announcement during their college football playoff selection show Sunday afternoon. They also announced:

Utah is headed to the Valero Alamo Bowl in San Antonio as well to be the Longhorns' opponent.

For Longhorns fans looking at ticket prices, we have laid out where you can get tickets to the Alamo Bowl here.

RELATED: Here's how you can get your tickets to the Valero Alamo Bowl, Longhorns fans

With a 7-5 record, there were a few bowl game possibilities for the Longhorns. We broke down the most likely scenarios last week, which included Texas going to the Alamo Bowl.

This will be Texas' fourth time playing in the Alamo Bowl and only the second time in school history to face Utah. Texas defeated Utah in the lone matchup, 21-12, back in 1982, according to Texas Athletics.

Earlier on Sunday, the final College Football Playoff rankings were released, with LSU at No. 1, followed by Ohio State, Clemson and Oklahoma.

The New Year's Six Slate is:

RELATED: Baylor heading to Sugar Bowl for 1st time since 1957

Will the Longhorns bring a trophy back home to Austin? We'll have to wait and see. Hook 'em!