On Friday morning, a man shot his estranged wife at a gas station and then turned the gun on himself. When officers arrived on the scene, they did not find a gun. 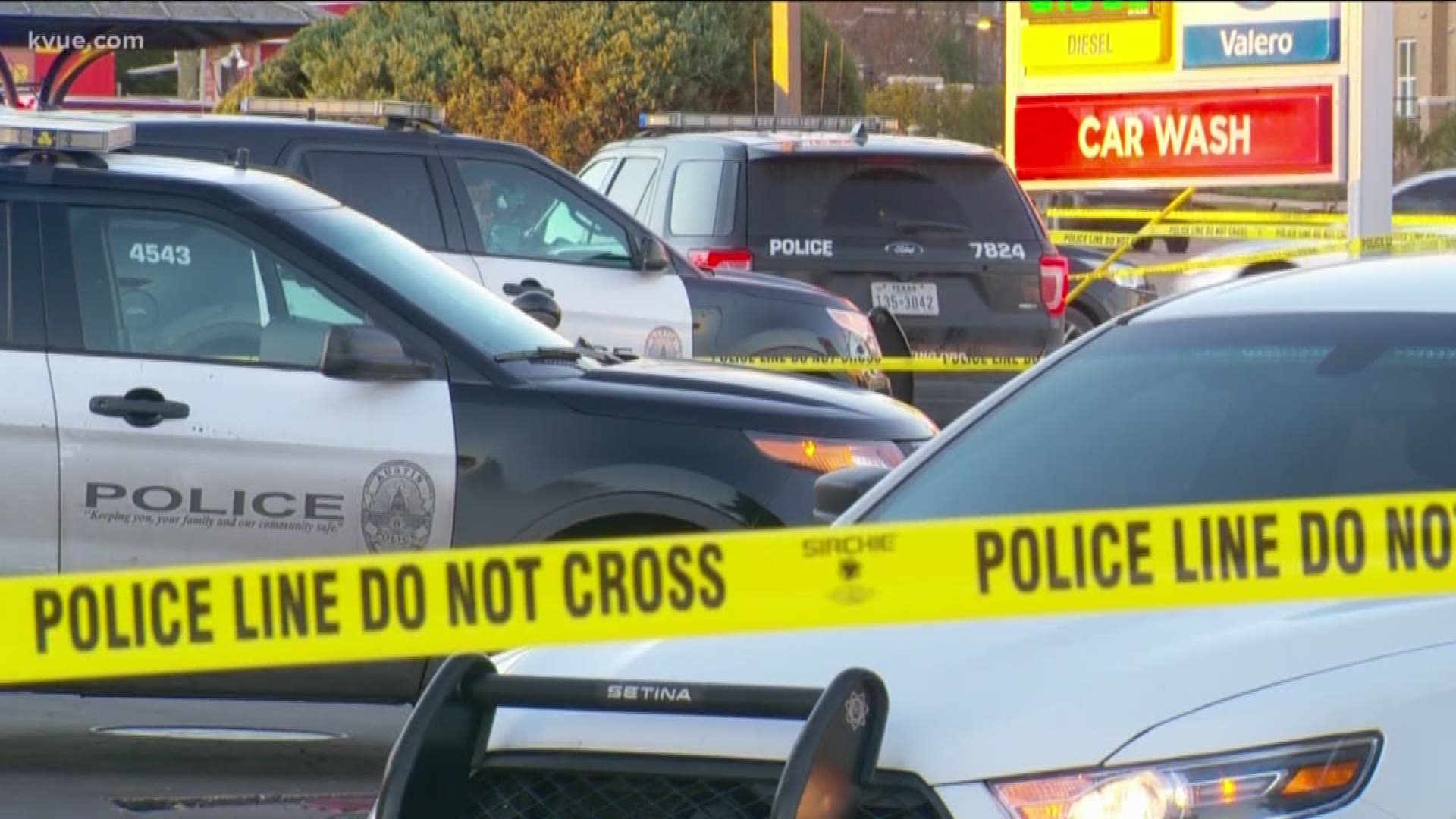 AUSTIN, Texas — A man has been arrested for felony tampering with physical evidence after police say he took the gun used in a murder-suicide Friday morning.

According to an affidavit obtained by KVUE, at approximately 5:33 a.m. Friday, police were dispatched to a Valero gas station on East Riverside Drive for an attempted suicide call. When officers arrived on the scene, they discovered the body of 36-year-old Veneranda Martinez-Gutierrez inside a car and the body of 43-year-old Florencio Felix Barron on the ground in front of the car – but they did not locate a gun.

An eyewitness told police that he heard gunshots coming from the Circle K parking lot before he saw a man shooting into the car, then walking to the front of the car and turning the gun on himself. The witness also said he saw two homeless men run up to the man's body, but he couldn't see what they were doing, according to the affidavit. While on-scene, another man told police he had heard a rumor that someone stole the gun from the scene, but he didn't know who.

RELATED: Austin mother of 3 killed by estranged husband in front of her children

The affidavit states that police reviewed surveillance video from the gas station, which showed a figure approach the vicinity of Barron's body but did not show what the figure was doing. The figure then left quickly on foot. When bystanders and the 911 caller arrived at the scene, there was no gun to be found.

Homicide detectives distributed a still photo to patrol officers to work the area in hopes of identifying the man believed to have stolen the gun from the scene.

At 5:15 p.m. Friday, an APD officer and two detectives were on routine patrol when they were dispatched to the JD Market on East Riverside Drive for a report of trespassing, according to the affidavit. When they arrived, they came in contact with 47-year-old Christopher Douglas Kempf, who was issued a criminal trespass. Before leaving, the APD officer looked at the photo of the gun theft suspect and detained Kempf based off his matching clothes description and the fact that he was close to where the murder-suicide occurred.

According to the affidavit, when placing Kempf in handcuffs, the officer asked him if he had any weapons other than blades the officer could see. Kempf said, "Yes, I do" and when asked what other weapons he had, Kempf said, "I have a gun that that guy shot himself with." The gun was found in Kempf's pocket and once removed, the officer observed what appeared to be dried blood on the gun. The officer asked Kempf if the gun was loaded and he said it had a round in it.

Kempf was taken to the APD Homicide Unit where he was interviewed by a detective. He told the detective that in the early morning hours Friday, he and a friend were outside in front of the Valero station when he saw a vehicle pull up in the parking lot. The vehicle wasn't there long when he saw a flash of light and then heard gunshots. He saw a man pacing outside the vehicle on the driver's side, then saw him put the gun to his head, walk to the front of the vehicle, walk back to the driver's side and fire more rounds in the vehicle. He then turned the gun on himself again and walked to the front of the vehicle, where he fell to the ground. Kempf said he didn't see the man shoot himself, but when he approached him, there was blood and a gun on the ground. Kempf admitted to picking up the gun and leaving the scene. When the detective asked why he picked up the gun, Kempf told her that it was stupid but he was homeless and he wasn't going to lie, he would have sold it.

Police found that Kempf is a two-time convicted felon. He was convicted twice in 2017, both times for possession of a controlled substance.

Kempf is currently in the Travis County Jail.