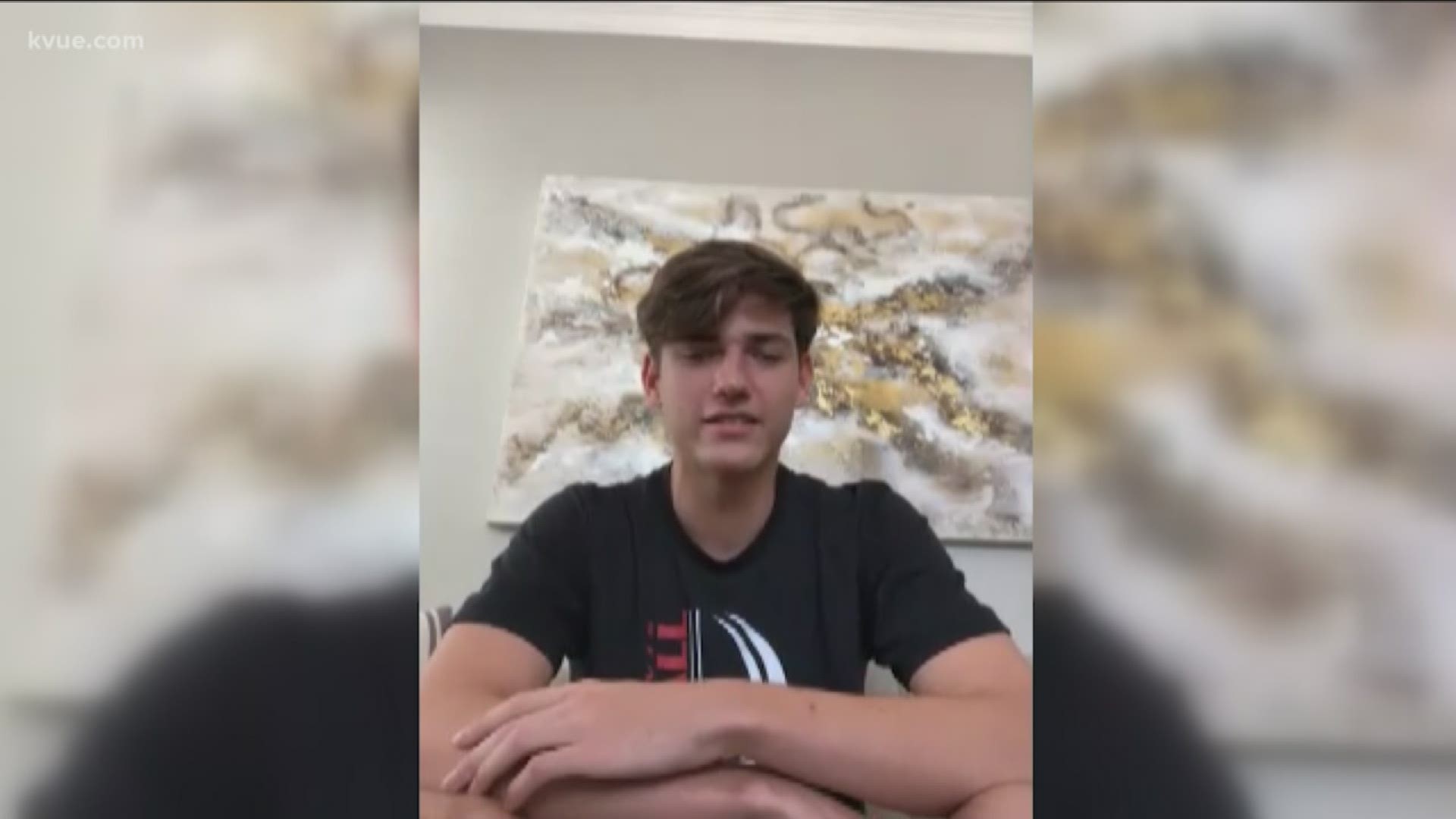 AUSTIN, Texas — Lake Travis quarterback Nate Yarnell was asked a question about how COVID-19 has impacted his recruitment.

His answer instead focused on how disappointed he was that there will be no spring football in 2020.

“I think we were all really excited to get out there and start to grind with our teammates and get to spend that time with our coaches. Not having that piece of it is the biggest part for me,” he said.

Coaches and players from around Austin have expressed how difficult it'll be to cram a spring's worth of fundamentals into the few weeks leading up to the season opener.

The one bright spot, they say, is that everyone has to deal with it, and thus everyone is on a level playing field.

For programs like Westlake, Lake Travis and others, the task of working a first-year starting quarterback into the offensive system appears daunting without the preparation that spring provides.

“As a freshman going into my sophomore year, freshman spring football was when I learned the majority of Westlake football," said Cade Klubnik, who will take over the reigns as the Chaparrals starting signal-caller. "That’s just when you learn about big-time football. You learn so much in that period that it’s really hard to not have that.”

Finer points, like chemistry with wide receivers and communication with offensive lineman, will now have to wait until at least August.

“In the spring, you figure out who’s going to play where and you can tell if one position isn’t going to work for a guy, so we can make those adjustments before the season starts," Lake Travis tight end Lake McRee said. "Nothing like this has ever happened so it’s obviously going to be devastating, but I’m sure we’ll figure something out because we have to.”

Yarnell, who's set to take over the Cavaliers' offense now that Hudson Card is a Longhorn, said despite the disappointment, he understands why it was necessary for the measure to be taken.

“I know this really sucks for everyone," he said. "It really sucks not being able to play football, spend time with our friends, but we just got to realize there’s some danger in this and that we should all stay safe and listen to what we’re being told.”