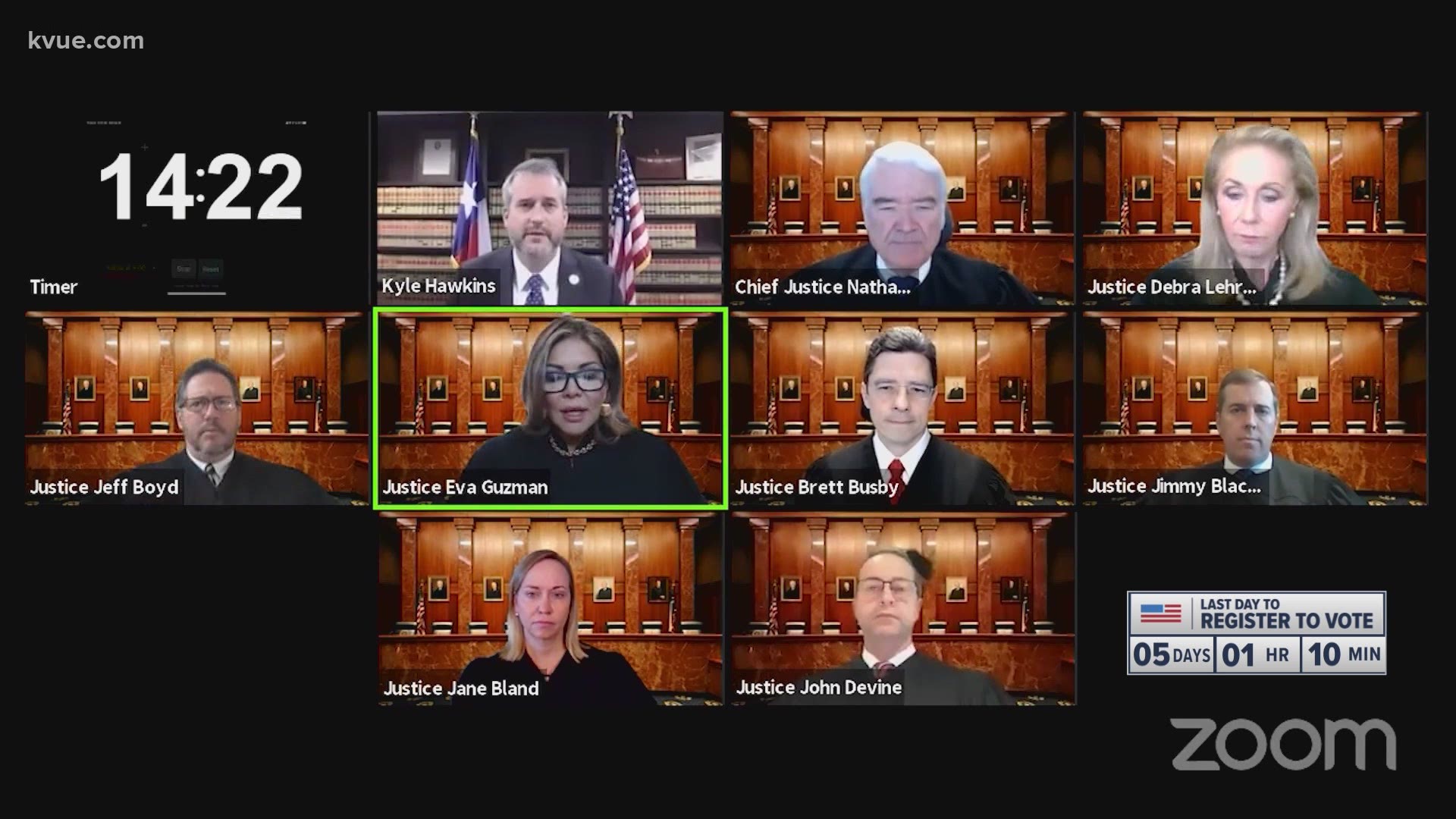 AUSTIN, Texas — The Texas Supreme Court held a virtual meeting Wednesday to discuss if counties can send out mail-in ballot applications to all registered voters.

This issue came up after Harris County election officials did just that. Then Texas Attorney General Ken Paxton filed a lawsuit, claiming that the Harris County clerk doesn't have the legal authority to do that and violated the Texas Election Code, which states that applications can only be sent out upon request.

In Texas, people who qualify for mail-in ballots have to be 65 years old or older, have a disability, be in jail but still eligible to vote or meet other criteria by being out of the county during the entire election period.

The attorney for Paxton's office said sending out applications to everyone makes them think that they all meet that criteria.

"I think there's a very real concrete possibility that the mailer will only add to confusion," Texas Solicitor General Kyle Hawkins said.

But an attorney for Harris County officials argued mailing out applications gives people more information about their options so they can vote safely.

"By increasing [the] ratio of voters who vote by mail, you decrease the bodies that come into the polling place," Susan Hays said.

The court hasn't made a ruling yet.

The last day to request an application for a mail-in ballot in Texas is Friday, Oct. 23.

WATCH: When is the deadline to send in mail-in ballots?