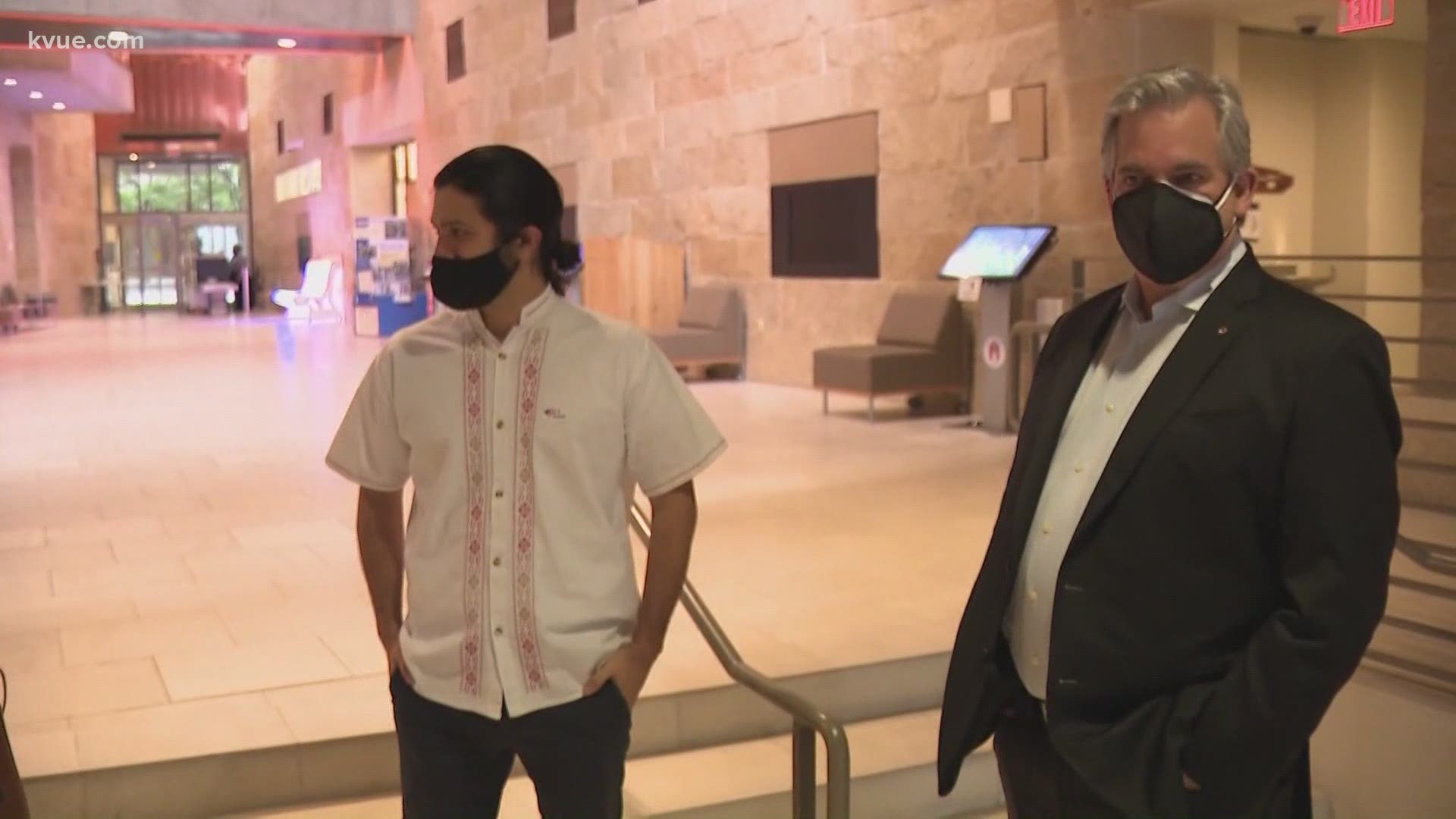 AUSTIN, Texas — One day after the start of early voting, Texas Gov. Greg Abbott cast his ballot in Austin for the May 1 election, and Mayor Steve Adler followed by casting his ballot on Thursday.

Abbott said on Tuesday morning he had cast a "yes" vote for Prop B, an item where voters will choose whether the City of Austin should reinstate its camping ban. Here is a closer look at Austin's Prop B.

I just cast my vote in Austin for YES on Prop B to reinstate the public camping ban.

Voting YES on Prop B will ensure greater health & safety for everybody in the entire Austin area.

Thank you to @DrBuckinghamTX & @VoteGiovanni for being leaders on this issue in the #txlege. pic.twitter.com/eLfiJrQora

On Thursday morning, Adler cast his ballot. He said he hopes to see more people visit the polls so there is better representation from all communities.

Austin voters will have many propositions to vote on, including Prop B as well as Prop F, which would move Austin to a strong-mayor form of local government. Here is a full list of Austin's propositions on the ballot.

For other information such as voting locations and what you need to bring with you to the ballot box, visit KVUE's May election voter guide here.

WATCH: Voting in Texas: What form of ID do you need to vote?