As State House Democrats continue breaking quorum to prevent voting legislation from passing, some lawmakers say bringing family along was their only option. 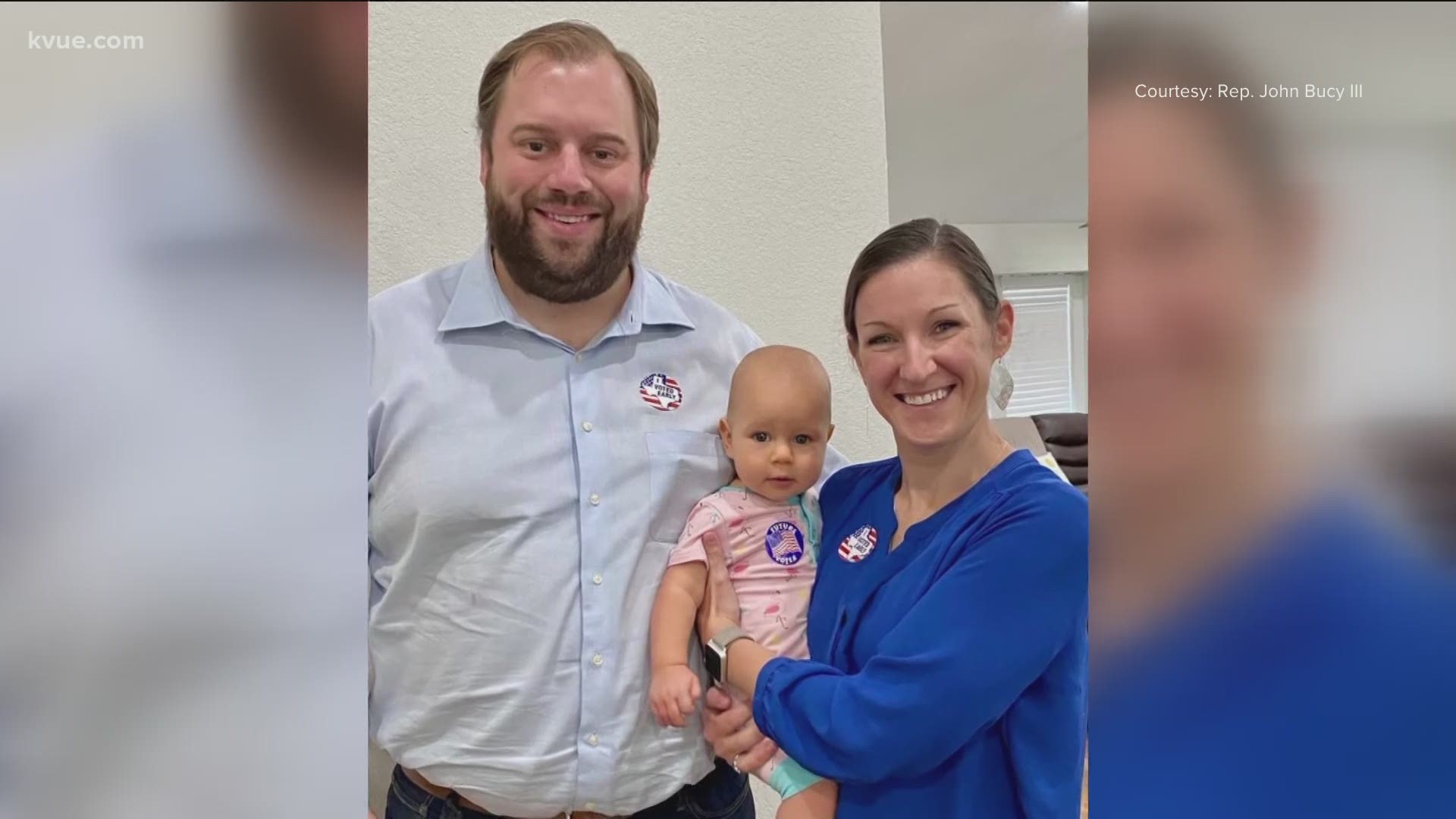 AUSTIN, Texas — As House Democrats left the Texas Capitol earlier this week, some decided to bring family with them.

"We expect to stay out of the state through at least Aug. 7, which is when this special session ends," Rep. Erin Zwiener (D-Kyle) said.

Zwiener brought her daughter, Lark, with her. On Twitter, Zwiener said the decision was a tough one, but the best one to make.

Since word got out about the quorum break, folks have asked whether or not I brought Lark.

The answer is yes. It won’t be easy, especially since her dad has to stay in Texas to pay the bills, but with childcare concerns and the length of the trip, it was the right call for us. pic.twitter.com/zrI8ZKIZ4p

Rep. John Bucy III (D-Cedar Park) brought family with him too, driving from Austin to Washington, D.C., with his 17-month-old daughter and pregnant wife.

"Leaving them back home was going to be so challenging emotionally," Bucy said. "So at the last minute, we decided, let's just drive. We'll go together; we'll keep the family together and be up there. And so we hopped in the car at 1 a.m. Monday morning and got to D.C. 1 a.m. Tuesday morning."

RELATED: VERIFY: Who's paying for Texas Democrats' trip to Washington?

Both Bucy and Zwiener emphasized they are going to stay in the nation's capital as long as it takes to run out the clock on Senate Bill 1.

"We're all committed to this battle and this fight," Bucy said. "We made that commitment when we left. We were committing to staying out for the duration of the special session, and that's what we're prepared to do."

Gov. Greg Abbott has threatened to arrest the House members who left the state, a power held by Speaker of the House Dade Phelan (R-Beaumont). For Bucy and Zwiener, they're willing to accept that. If Department of Public Safety officers arrest them, the representatives who left the state don't face criminal charges.

When House representatives walked out of the Capitol during the regular session, Gov. Abbott vetoed Article X, which struck the pay for legislative staff members. Senate Bill 1 has already passed the Senate with amendments, and it now waits for House committee members to pass it through to the full Texas House.