Authorities say those injured were taken to the hospital, included three spectators in critical condition. 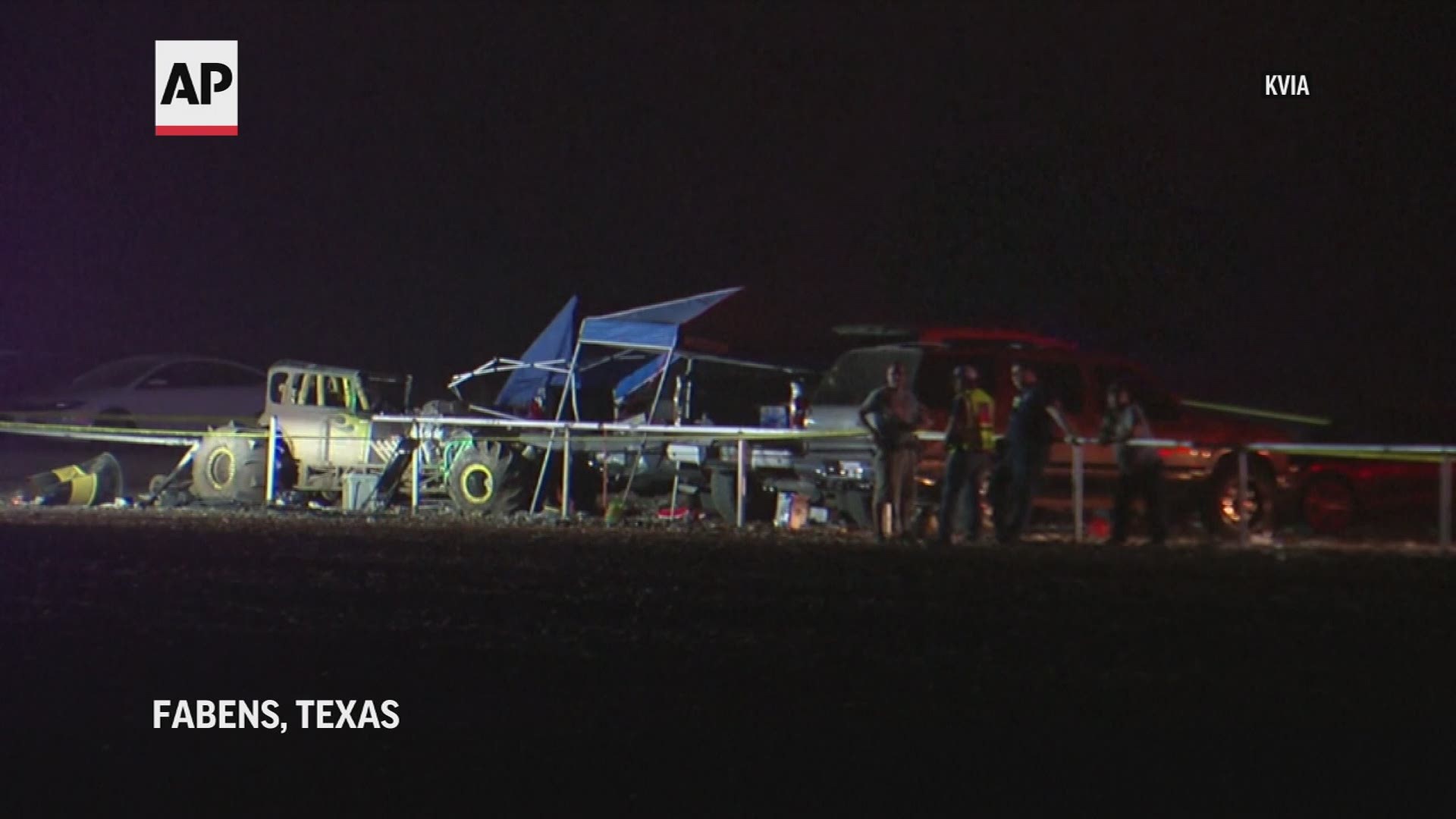 Eight people were injured when a vehicle crashed through a guardrail and plowed into a crowd at a mud racing event in Texas.

The crash happened at about 6:30 p.m. Sunday at a racetrack in Fabens, Texas, about 40 miles (64 kilometers) southeast of El Paso and less than a mile from the Mexican border, the El Paso County Sheriff's Department said.

Eight people were taken to a hospital, including three spectators in critical condition, the sheriff's department said in a statement.

"Today what happened was what we all hoped doesn't happen ... a wreck while racing," said Scott Smith, owner of Rock Solid Protection, an El Paso-based security firm. Smith, speaking at a news conference, said that "the mud can tell the car where to go, at times" and that is what he said happened in this crash.

Karla Huerta, who was watching the race when it turned tragic, described the scene as "pretty ugly."

"Well, they started the race. And when they started, one of the trucks lost control and slammed into a pile of cars and people," Huerta said.

Three other vehicles were also struck as a result of the initial crash, the statement said. It was not immediately known what caused the vehicle to leave the track.