It's been a problem since scooters popped up in Austin last year. 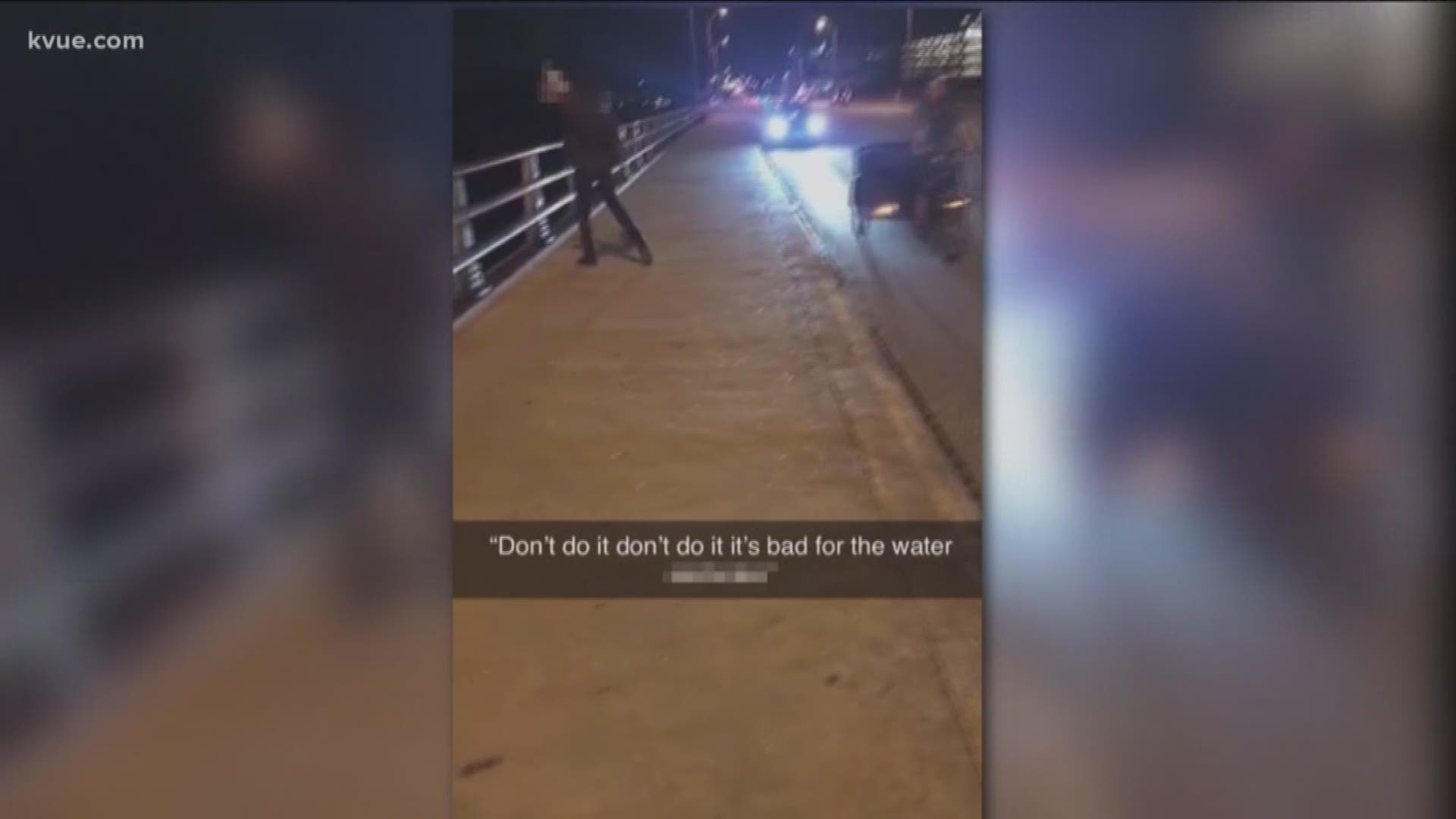 AUSTIN, Texas — It's been a problem since scooters popped up in Austin last year – people throwing scooters into our lakes and creeks.

Most recently, a video showing a group of men throwing at least three scooters into Lady Bird Lake from the Congress Avenue bridge over the weekend surfaced online, causing a bit of outrage. 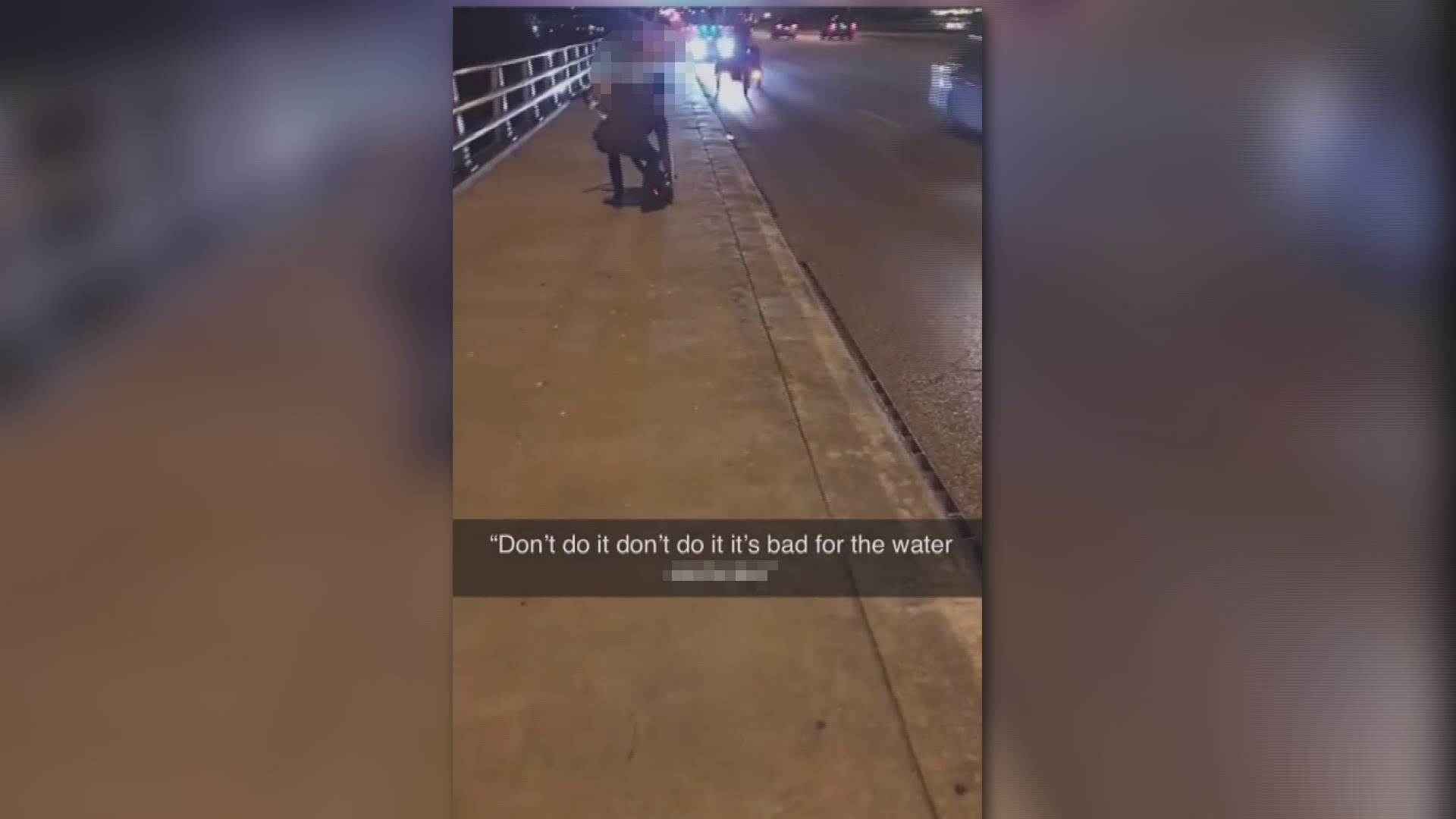 "Just the complete disregard and respect for Mother Nature ... I can't stand it," said Nicole, who did not want KVUE to use her last name.

Nicole came across the video while browsing Snapchat. She was so upset about what she saw that she shared the video on her Facebook, and it's received hundreds of comments since.

"I just kind of got pushed over the edge and really mad about it," Nicole said.

Within a few hours of posting the video, she and others identified two out of three of the men. KVUE blurred their faces because they have not been charged.

Throwing scooters into the lake – considered illegal dumping – is a violation of city code, according to environmental safety officer Chris Herrington.

"It's a class C misdemeanor to be putting things into our water supply that way, and so it's something that it is a criminal offense," Herrington said.

Not only are you committing a crime by doing so, he said, but you're also harming the environment.

"The batteries and engines of those scooters can contain metals or other toxic contaminants that could leach out into the water column, posing a hazard for aquatic life," he said.

The scooters shown in the Snapchat video all appeared to be Bird scooters.

"Vandalism of any kind should not be accepted, full stop. Vandalism can include damage to local storefronts, broken windows of cars and theft or destruction of e-scooters. At Bird, we have zero tolerance for vandalism and aggressively address it when it occurs in communities where we are meeting the needs for sustainable transportation options. We encourage everyone in these communities – whether they ride Bird or not – to report vandalism done to or with our vehicles as we are committed to acting swiftly and effectively. If you see something, report it to us at hello@bird.co."

Nicole thinks the group of guys should spend their time more wisely.

"There's a lot of cooler things to do in this world, like volunteer at a soup kitchen or go ride a roller coaster," she said. "Just don't hurt Mother Nature."

If you encounter someone throwing a scooter into a lake or creek, call 911, Herrington said. But if you see one already in the water, call 311 instead.