Police say it's a hot spot for crime. They recovered 38 stolen bikes and about $12,000 worth of property. 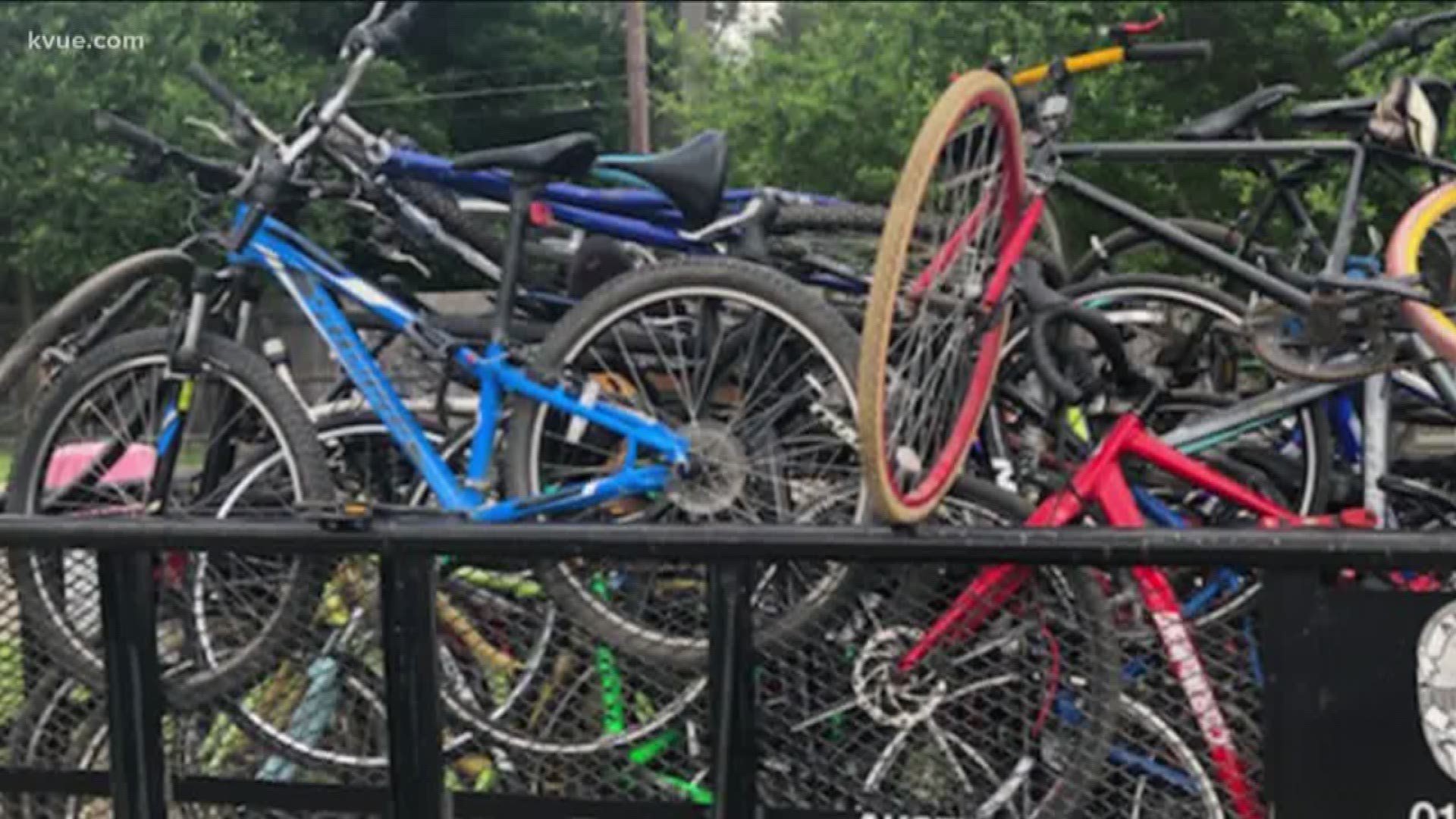 AUSTIN, Texas — Sergeant Robert Jones with the Austin Police Department says they have started targeting a crime trend in the East Austin area.

"Through those operations we made 16 arrests, recovered 38 bikes that were stolen and about $12,000 worth of property," said Jones.

RELATED: What will the soon-to-be-hired homelessness officer do for the city of Austin?

Jones said they found the bikes and property at a homeless camp near Cesar Chavez Street and Pleasant Valley Road.

"This particular camp, through our investigation, we determined they were selling illegal narcotics from there, primarily meth and heroin," said Jones. "And from that investigation, people were bringing property to the camp to exchange for drugs, and then they were using an OfferUp app from that property to make cash."

Jones said when police first went into the camp they recovered 27 bikes. One week later, he said police found 11 more bikes inside.

He said people should also know the make, model and serial number of items.