Currently, there are just two lanes going both directions with a center turn lane, and TxDOT is hoping to improve that. 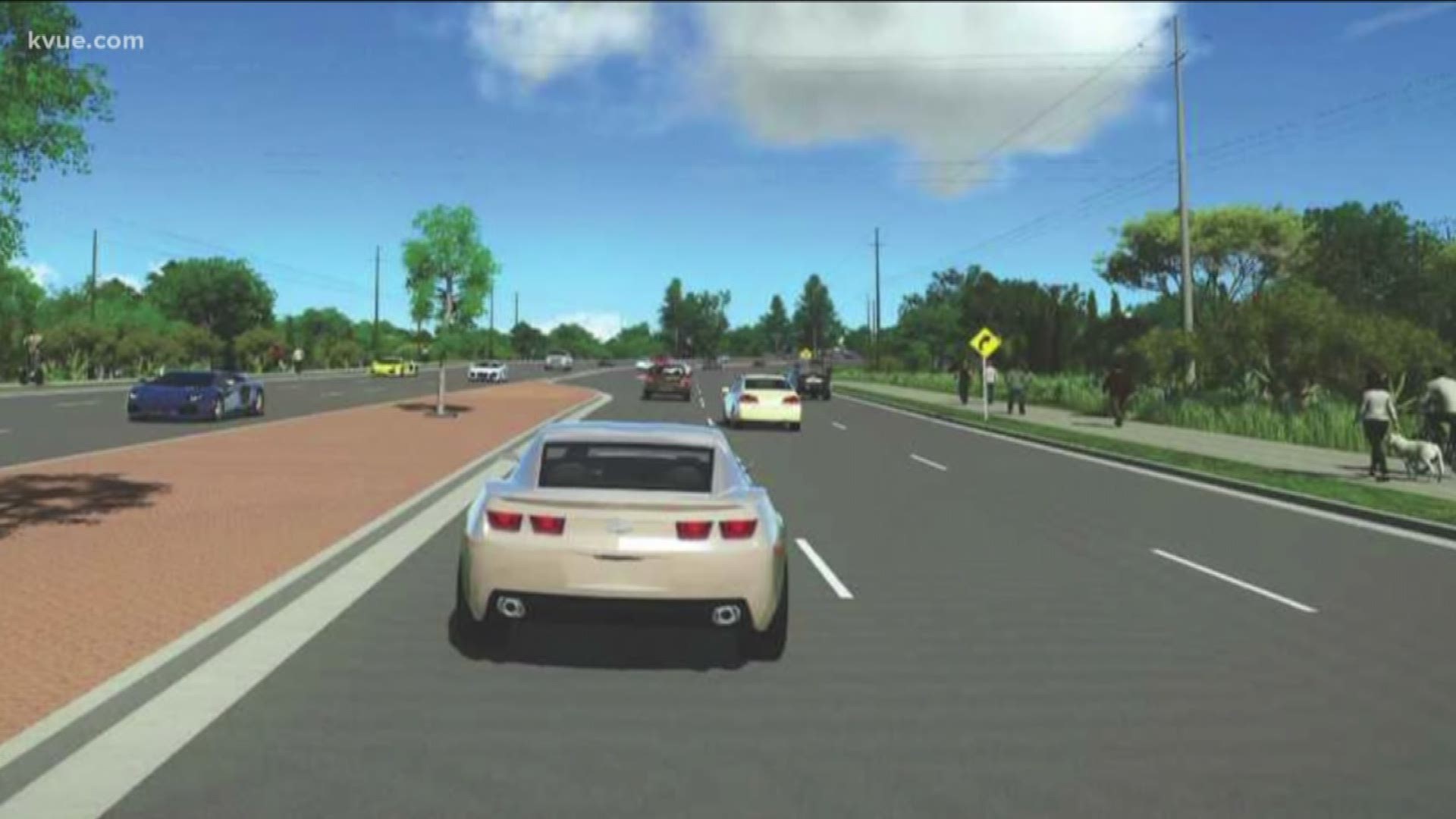 BEE CAVE, Texas — The Texas Department of Transportation is looking to hear from the public about its proposed changes to RM 620 in Lakeway and Bee Cave.

The area has seen a lot of growth over the last few years. There are now more businesses and homes that have led to more traffic, and the community is looking for some relief.

Currently, there are just two lanes going in both directions with a center turn lane, and TxDOT is hoping to improve that.

TxDOT wants to start the project at the Highway 71 intersection and go to Oak Grove Boulevard. Then they're hoping to continue all the way to Hudson Bend Road once they find the funding for it.

Tell TxDOT what you think of proposed 2222/620 projects

The rendering shows Falcon Head Boulevard to Cavalier Drive. The plan is to add a third lane each direction and put in a median instead of the center turn lane, as well as a path for cyclists and pedestrians.

“Desperately, I think it’s needed,” said Jerry Moore, who lives nearby. “There’s probably a lot of businesses that don’t want it if it’s going to infringe on any of their property. I don’t know about that, but as far as the traffic, it’s definitely needed.”

With more growth over the past few years, people said there are just more cars on the road than there used to be, and with the current amount of lanes and the center turn lane, there’s not only more traffic, but crashes too.

“There are some horrific wrecks on 620 because you have the four lanes and that middle turn lane,” said Moore. “People turn left, people turn right, and they have some bad wrecks and there’s a lot of them.”

Some hope the added median will help with that.

“I mean, I feel like it would be great in the long run, but the construction’s going to make it that much worse for that period of time. It’s, I guess, pros and cons temporarily,” said Lauren Camacho, a nearby resident.

TxDOT plans to hold an open house Wednesday at Bee Cave City Hall to discuss the improvements. There will be maps and drawings of the proposed changes and people can come and give their feedback.

The meeting will take place from 5 p.m. to 7 p.m. at Bee Cave Hall. TxDOT said it hopes to start construction in the next two years.

WATCH: Men try to get last pour of liquor on river as police dump it out

Her bank account was drained of $2K in 30 minutes; BB&T warns about bank scam text