Pay It Forward: Round Rock woman who lost son to overdose aids the local community

“You cannot incarcerate a disease out of someone,” she said. 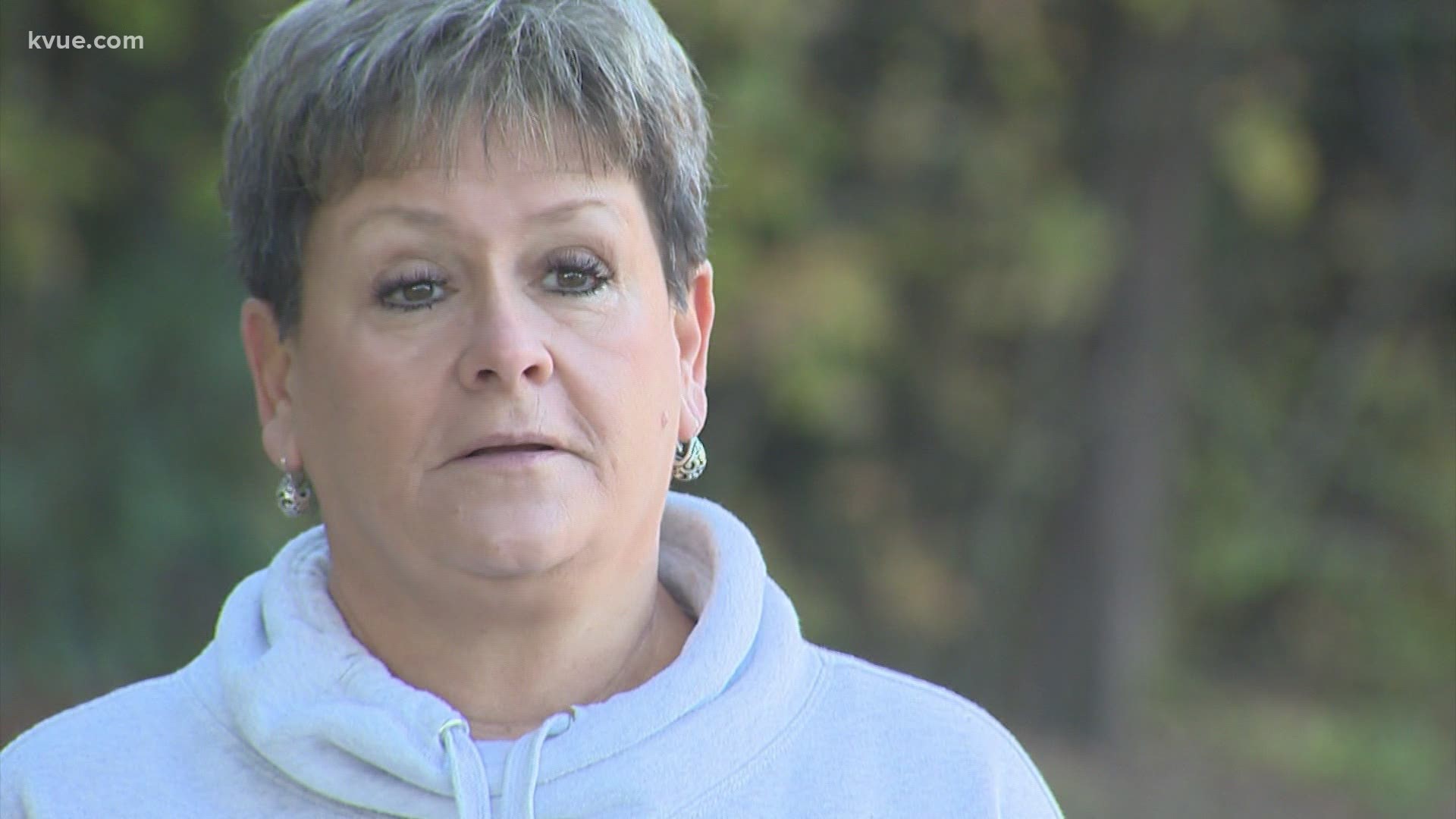 ROUND ROCK, Texas — We all have different struggles in life, but a Round Rock woman is making sure hunger isn't one of them this holiday.

A mother's love knows no bounds.

“I actually take calls 24 hours a day, seven days a week from parents,” said Donna Connell. “I've had people call me from all over the United States. I don't know how they get my number but they're just desperate.”

Connell was able to get through the unimaginable.

“I'm the mother of twin sons and I have a daughter, and both of my sons are heroin addicts,” she told KVUE. “In 2014 I lost one of my sons to a heroin overdose.”

Jordan Tiemann was just 30 years old when he passed away. His brother, Justin, is currently in recovery and is a house manager at Infinite Sober Living.

Tiemann and Connell have found solace in aiding the Austin community. This year he came up with the idea to deliver Thanksgiving meals to the homeless.

Mom immediately got to work soliciting donations via Facebook. The response was swift.

“I got 12 turkeys donated,” she said. “I've got basically the whole meal. Everybody's pitching and said, ‘Yes, yes, yes’ – even pies and desserts.”

They were able to feed 100 people, and the name of the meal was aptly called "My Brother's Blessing" in honor of Jordan.

“I've been able to use the worst tragedy of my life for the good,” she said. “I know how hopeless I felt, and without support. I didn't know what to do.”

But their activism started years ago. In 2019, KVUE attended Williamson County's Overdose Awareness Day at Old Settlers Park. The annual Aug. 31 event was organized by Connell and the Lifesteps Council on Alcohol and Drugs – a community support group she chairs.

Connell believes supplying people the resources to get better is vital to the rehabilitation process.

“You cannot incarcerate a disease out of someone,” she said.

She's currently working to get programming in the Williamson County jails for substance abuse.

“People who are in recovery, like my son, for instance, to go into the jail to bring recovery programs to the inmates because they need to have some hope that their life can be different than just cycling in and out of jail,” she said.

If there's one thing Connell wants people to know, it's that addiction doesn't discriminate. It can strike anyone, in any walk of life.

"There's a negative attitude people get when you say drug user or drug addiction," said Connell. "They think that it's people that, you know, don't have families that nobody loves or cares about them and that they've made this choice to use drugs. And that's not true."

"Everyone has struggles in life, and the longer we hold them in, the more pain we're going to endure," said Tiemann. "So, yeah, just reach out to someone and that's where it all starts."

Along with the boxes of food, Connell worked on some blessing bags for the homeless. It came with toiletries and Narcan – a life-saving drug that reverses the effects of an overdose. The Narcan was donated by the Williamson County Mobile Outreach team.

Coronavirus updates in Central Texas: What to know on Thanksgiving Day