Juvenile curfew in Austin dropped in 2017

Two juvenile suspects are in custody in connection to the deadly mass shooting in Austin Saturday. The old curfew was from 11 p.m. to 6 a.m. 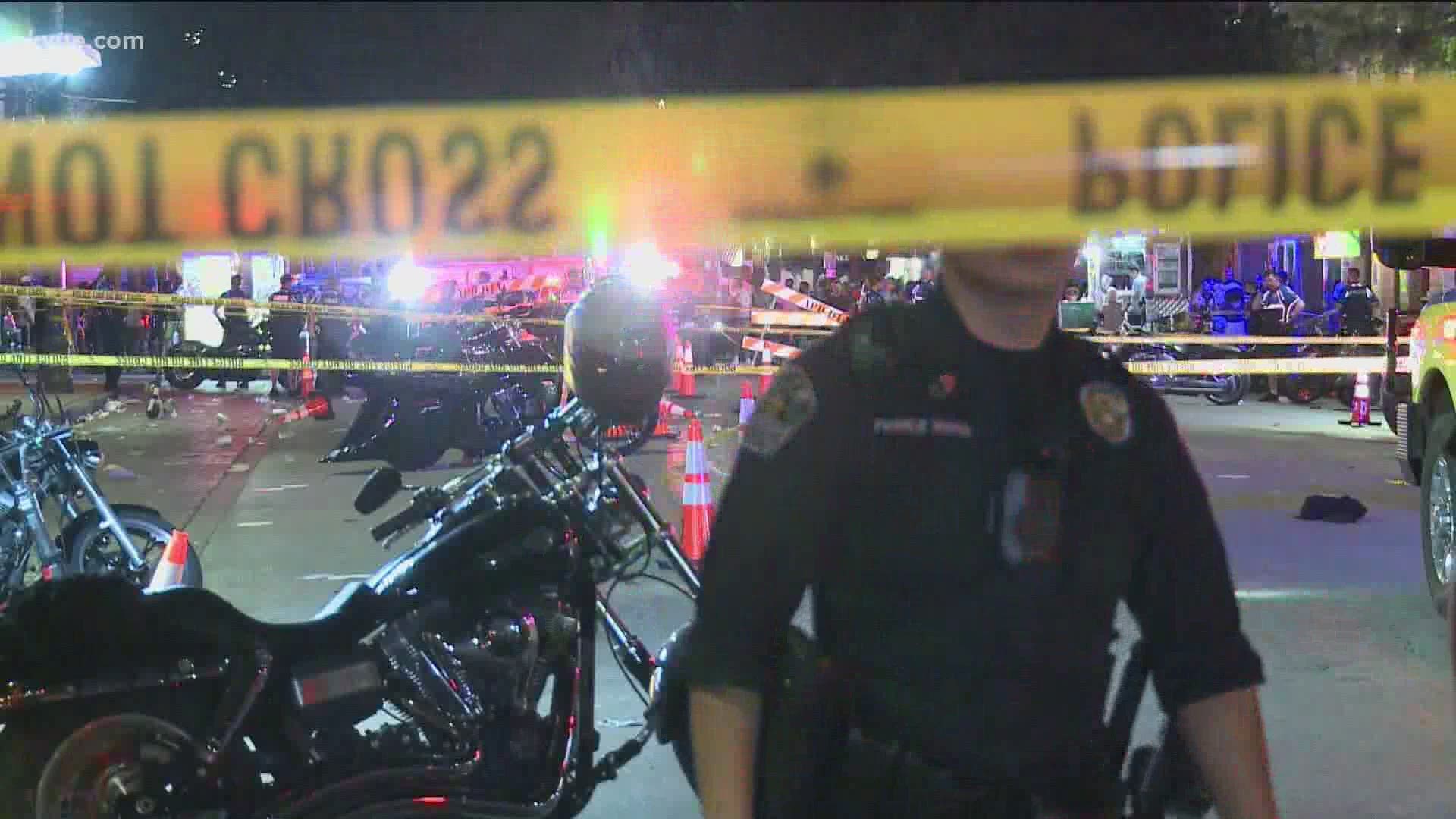 One person died and 15 were injured in the mass shooting in Austin on Sixth Street early Saturday morning. The Austin City Council dropped a juvenile curfew for the city in 2017.

The old curfew did not allow those under 17 years old to be out from 11 p.m. to 6 a.m. The Austin Police Department told the city council that juvenile crime rates at the time were at their lowest point in years when deciding whether or not to get rid of it.

“The research does show that a juvenile curfew does not address crime and victimization,” former Austin Police Department Assistant Chief Troy Gay said in 2017. Gay is currently the APD’s Chief of Staff.

The curfew had been in place since 1990. A violation was considered a Class C misdemeanor under Chapter 9-3 of the Austin Code. Police could cite or arrest those caught breaking the curfew.

It is unclear what charges the juvenile suspect in custody in connection to the mass shooting might face. The age of the first suspect, arrested Sunday, is 15 years old, according to a press release from APD on June 17.

The Texas Alcoholic Beverage Commission (TABC) also confirmed to KVUE that it has been working with the APD in connection to this shooting. The TABC has initiated a TRACE (Target Responsibility for Alcohol-Connected Emergencies) investigation that is ongoing. TRACE investigations are initiated when someone is seriously hurt in connection with a possible alcohol-related incident, such as fatal DWI crashes, shootings and sexual assaults involving overserved customers.

Anyone with information regarding what happened before or during the shooting is asked to call 911 or the police tip line at 512-472-TIPS.