Northbound lanes of Interstate 35 were shut down Wednesday morning after two crashes near Barbara Jordan Boulevard. One crash was fatal. 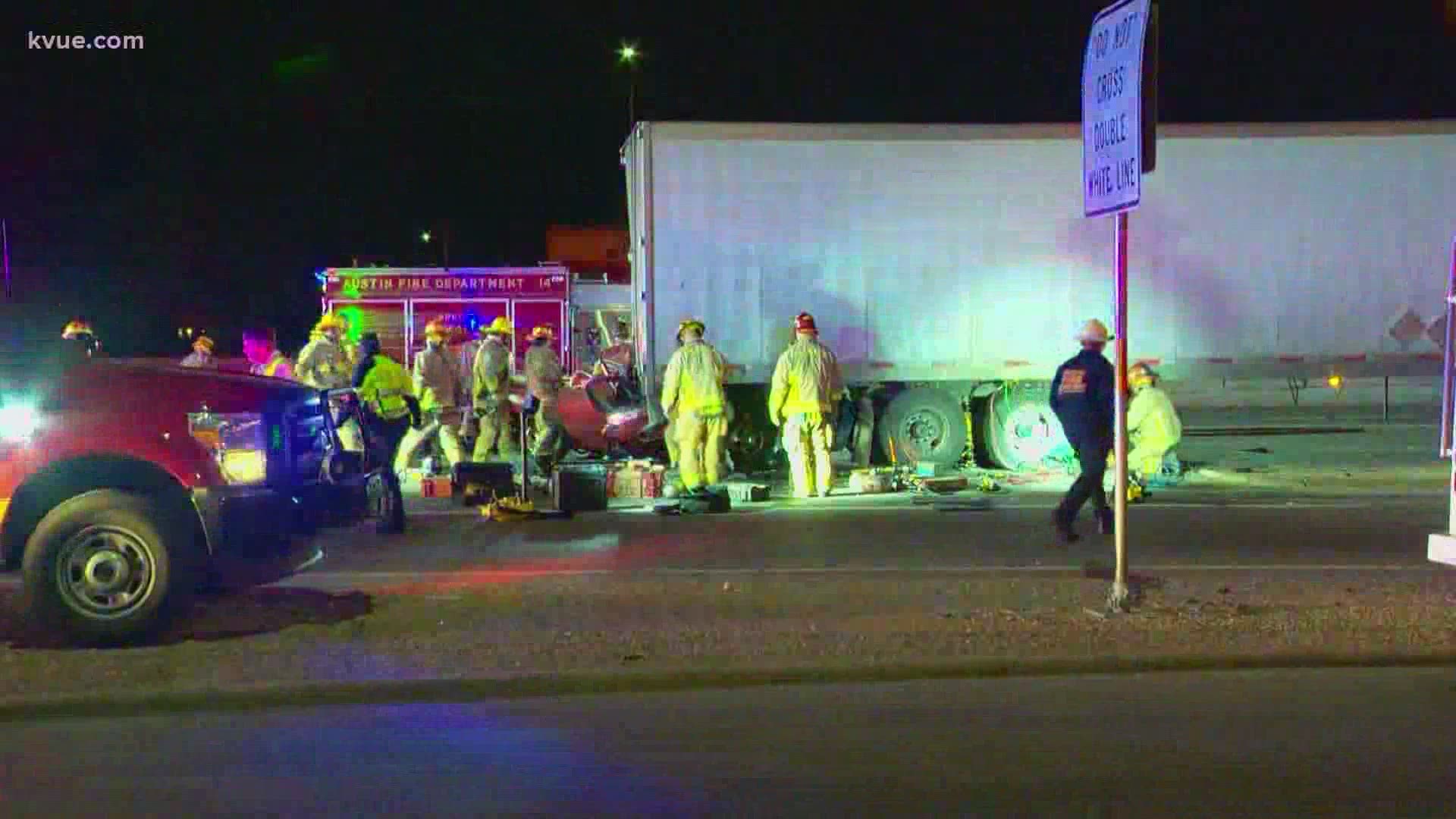 AUSTIN, Texas — Northbound lanes of Interstate 35 were shut down Wednesday morning as emergency crews responded to two crashes. One of the crashes was fatal, according to officials.

The I-35 lanes were closed starting at Barbara Jordan Boulevard and ending at U.S. Highway 290. Austin police said the first crash happened at approximately 2:40 a.m. Wednesday when a pickup truck ran into the back of an 18-wheeler that was pulled over on the median.

Police told KVUE two people were pinned in the pickup truck under the 18-wheeler and one of them died. That victim, the pickup's passenger, was later identified as 25-year-old Haley Frances Womak. The other victim, the pickup's driver, was taken to the hospital with life-threatening injuries. The investigation into this crash is ongoing.

Nearly 20 minutes later, another crash happened between two 18-wheelers, which were also traveling northbound. Police said no one was hurt in the second crash, but diesel fuel had spilled onto the road and crews were working to clean it up.

All vehicles were being diverted off I-35 at Barbara Jordan Boulevard. Commuters should expect traffic delays in the area.

#ATXTrafficFatality FINAL Vehicle Rescue at 5000 N Ih 35 Nb: #ATCEMSMedics have obtained a Deceased on Scene Pronouncement of an adult patient, who was the remaining patient involved. Expect extended road closures in the area. No further updates planned, no other info available.