The 2019 PIT count found that there were more than 2,200 homeless people in Austin and Travis County. Crews believe that number will increase this year. 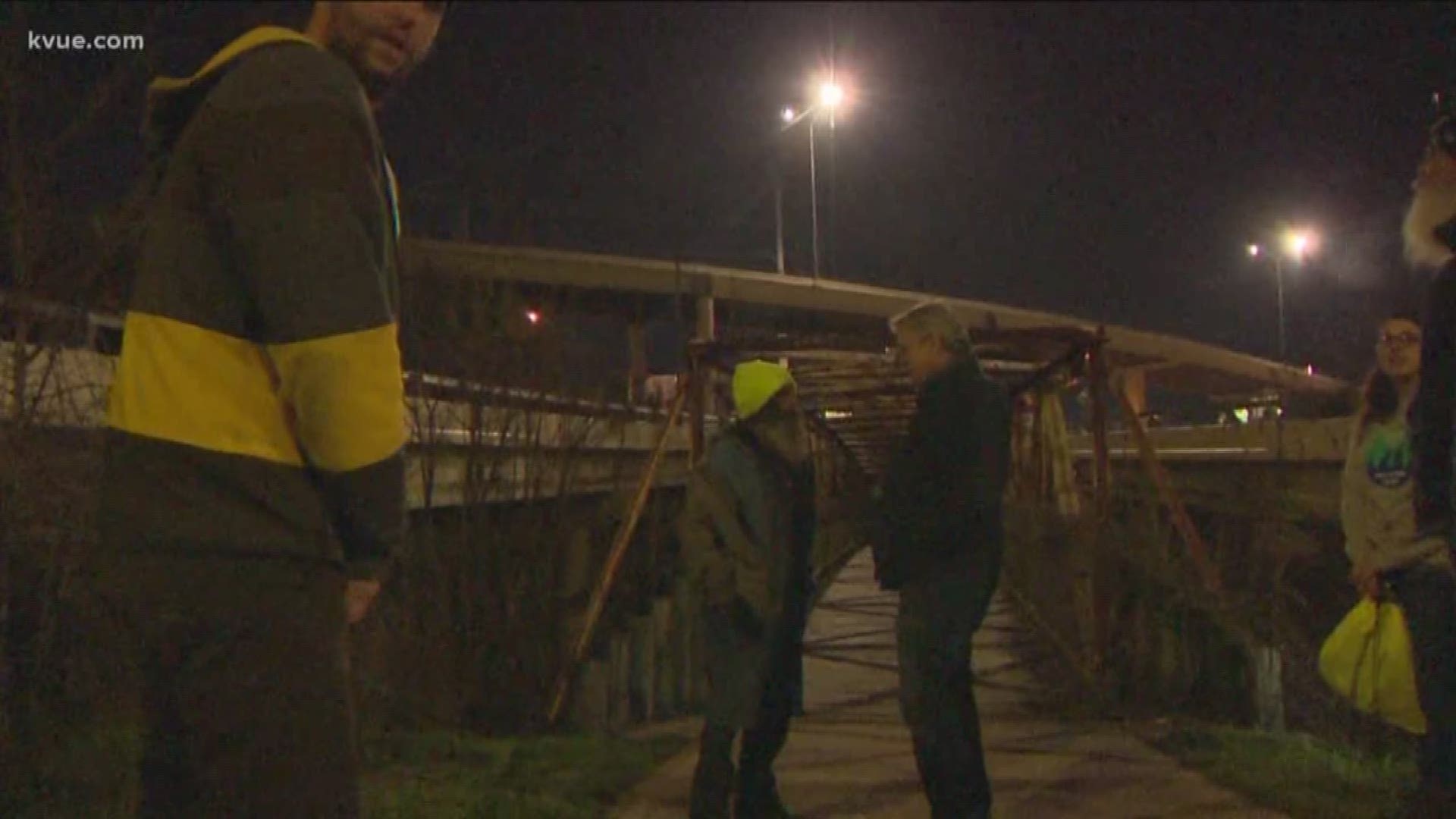 AUSTIN, Texas — Hundreds of volunteers showed up on Saturday to count Austin's homeless as part of the annual Point In Time Count (PIT Count).

The volunteers with Austin's Ending Community Homelessness Coalition (ECHO) will fan out across the city to identify people living on the streets, in the woods, under bridges, in cars and in tents.

"This is a neat experience – to actually go out and be with the people in our community that we often don't talk and interact with. I am really happy that you're here," Austin Mayor Steve Adler said. "This is a group of people that have asked the question, 'What can I do to help?' And are now actually answering that question. These people are heroes in our community for actually doing this."

The 2019 PIT count found 2,255 homeless people in Austin and Travis County. However, crews believe that number will be much higher this year.

"This is not science, this is not perfect," Adler said. "These Point in Time counts that we're doing ... don't count everyone. There will be people who are in places that we just can't find."

RELATED: ECHO says there could be thousands more homeless people in area than reported

"Obviously, the Point In Time Count has its limitations. It’s a required count for us," said ECHO's Matt Mollica, who explained that the data collected goes to the Department of Housing and Urban Development (HUD) for funding purposes. "I think what’s important to recognize is that we do think that there are better mechanisms out there in terms of how we conceptualize the number of people in need in our community."

Mollica added that some data shows there could be thousands more homeless people.

He said people who need housing fill out coordinated assessments and then are put into the system. There are somewhere between 7,500 to 8,000 people in the coordinated entry system, and Mollica said he thinks the number of homeless people in Austin and Travis County is closer to the system's number.