The supervisor first noticed a growing homeless population outside the property in summer 2019. 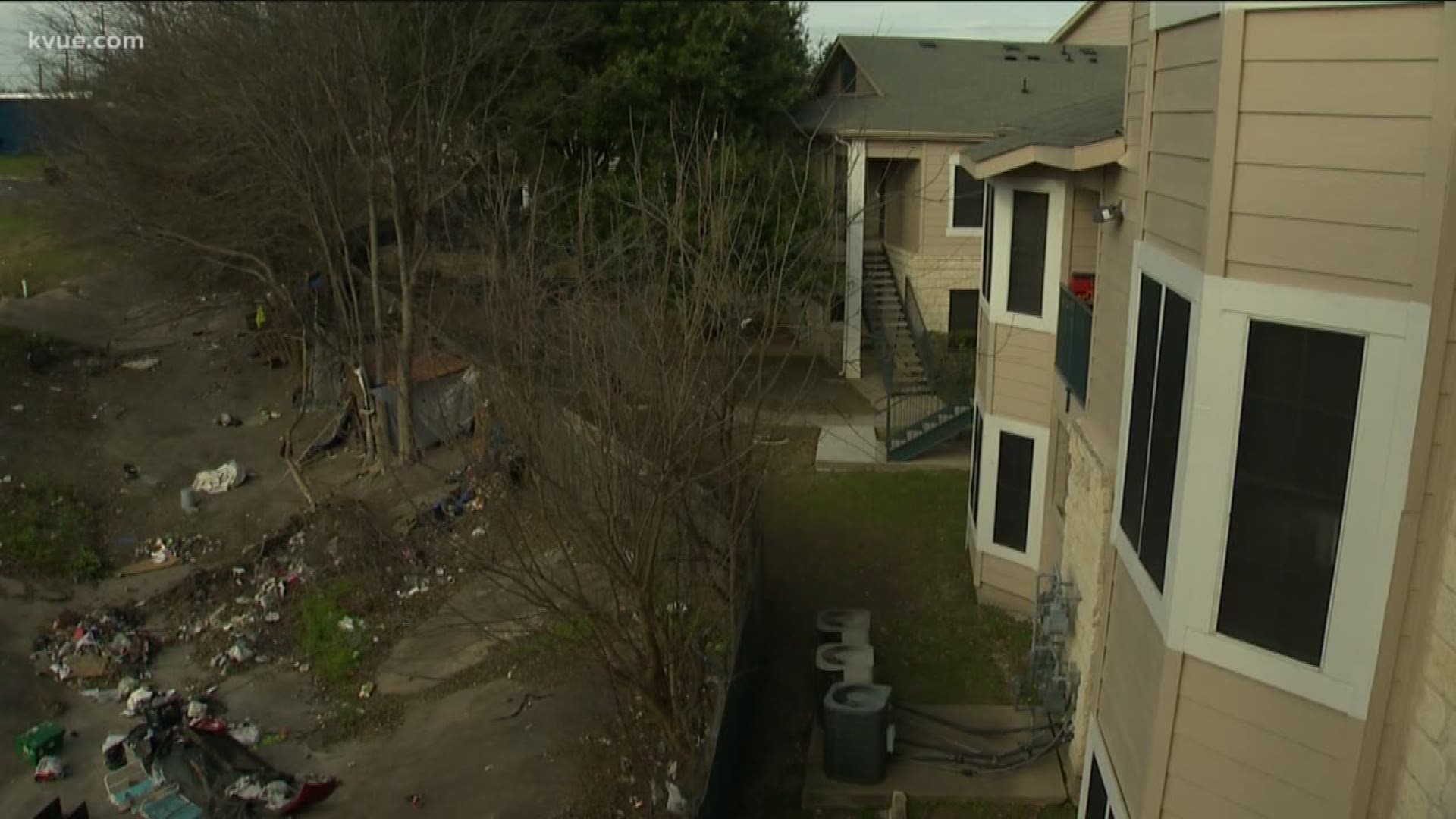 AUSTIN, Texas — A homeless camp outside a North Austin apartment complex has been cleaned up.

All tents, trash and abandoned furniture have been removed.

The supervisor said he hired a company to remove all the items. He said APD was also there issuing criminal trespass warnings.

It was a sight no renter wants to see: tents, trash and abandoned furniture outside their living room window.

But it had become a recurring problem at Arrowhead Park Apartments in North Austin – and the property management group couldn't seem to find a solution.

RELATED: More storage options for the homeless could be coming to Austin

"Our concern is that there's illegal activity going on. We see it every day," Cecil Domel, Belco Equities' area supervisor, told KVUE.

The homeless camp bordering the privacy fence of the apartment complex had grown dramatically within the past six months, Domel said, and multiple tents, mattresses and debris lined the complex's border and parts of the creek channel.

"Some people can look over their balconies, out their living room windows, and see what goes on over there," he said.

The problem crossed property lines and into Domel's gated community.

"We have homeless people that are literally passing out in our common areas, in our clubhouse, in our breezeways, wandering around the property, not knowing where they're at because of whatever substance they're on," he said.

Last week, maintenance staff took a video of a man who had wandered onto the property. He appeared to be incoherent. 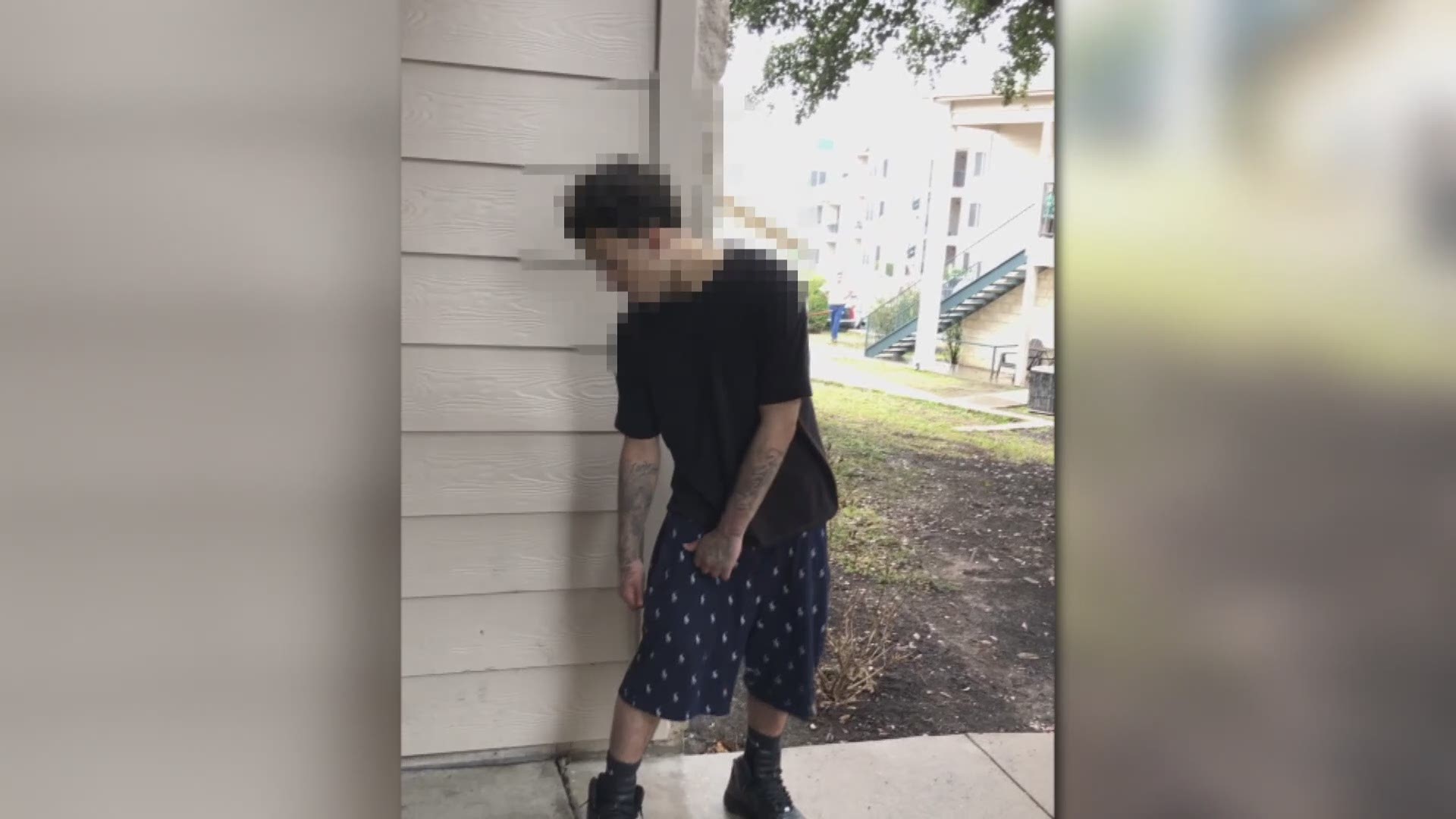 "It's not to vilify anybody, it's to get them some help. We know these people are not just trying to survive. They're involved in illegal activity, and that's what concerns us," Domel said.

KVUE also caught a group of teenagers visiting the tents before leaving the area.

Domel told KVUE he had contacted multiple City departments for help, but he hadn't received any.

"Austin police told us that as long as they're not doing anything illegal, they're allowed to be there. So, they almost have to catch them in the act," he said.

He asked Gov. Greg Abbott to step in, hoping to get the area around his community back under control.

RELATED: 'That's not a place to camp' | Homeless camp at Gillis Park in South Austin keeping some families away

A spokesperson with the City's Watershed Protection Department told KVUE it was the private property owner's responsibility to clean up the area around the channel. City crews are only responsible for big items in the channel, like a tree trunk.

However, Domel said his property line ends at the fence. The tents and debris were on the other side of it.