The children are expected to be OK. 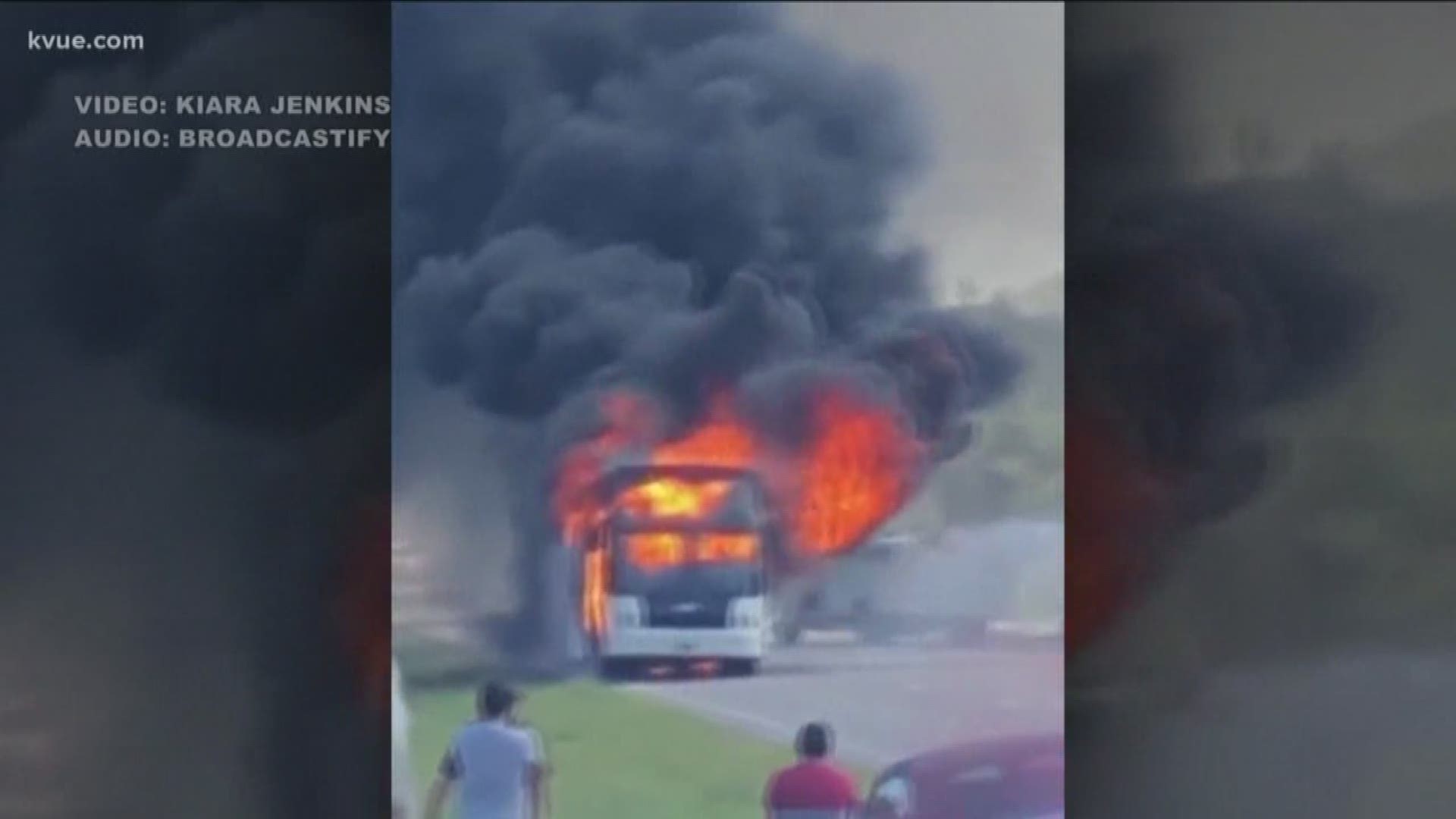 BLANCO COUNTY, Texas — Six students were taken to a hospital and released after a charter bus transporting children home from a summer camp reportedly caught on fire Thursday afternoon on U.S. Highway 281 in Blanco County.

According to the Blanco County Sheriff's Office, the incident happened just north of Johnson City on U.S. 281 and Ranch Road 1323. Forty-three children were on the bus.

A picture shared by the Hill Country Scanner on Facebook shows two charter buses with a large amount of grey smoke surrounding them. A video of the incident shows part of the bus engulfed in flames.

The children who attend Summit Christian Center were traveling back to San Antonio from Camp Buckner in Burnet, Texas, when the engine caught fire. It is not clear at this time what caused the fire. 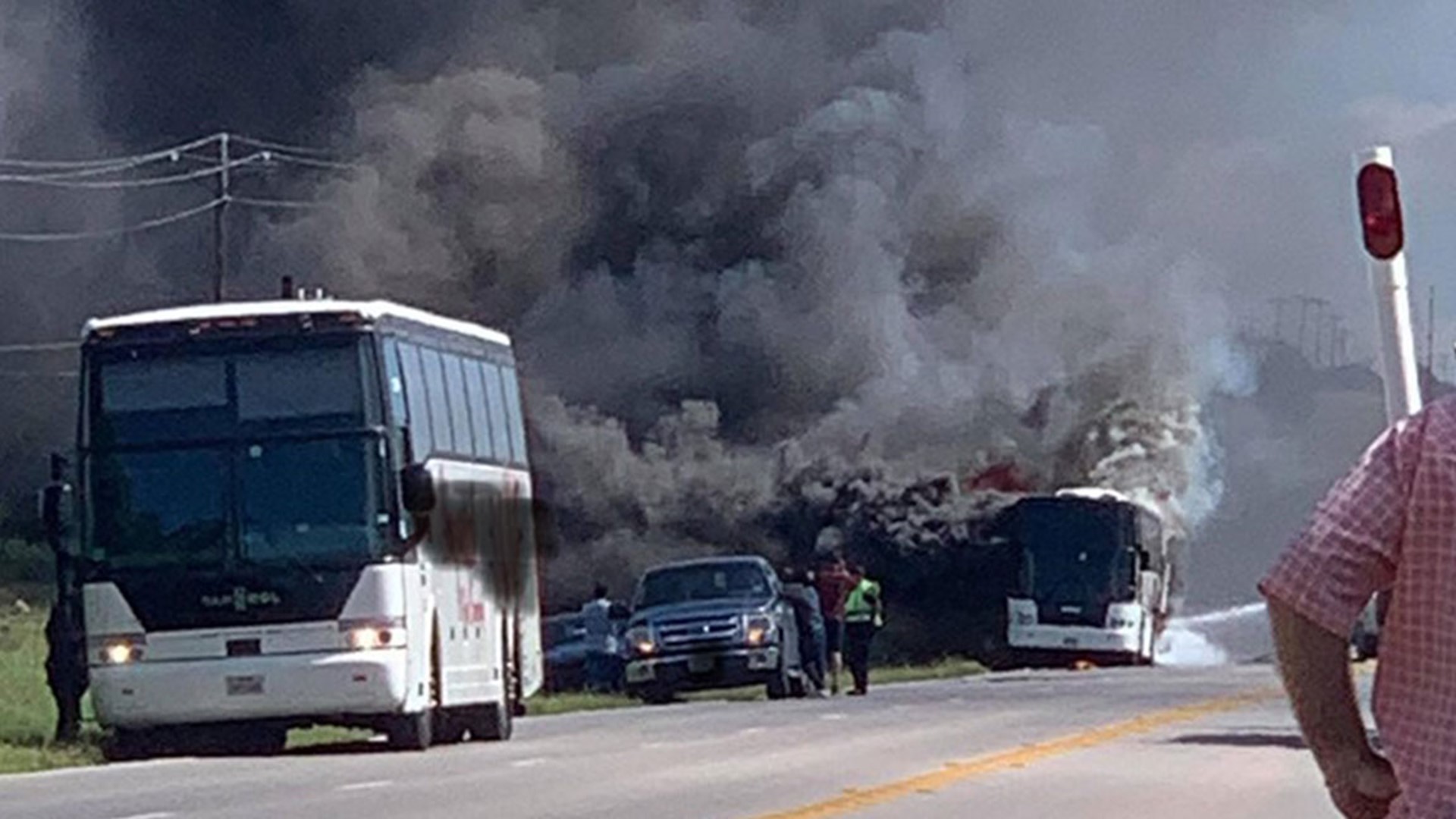 Six children aged 12 to 15 were taken to a hospital with non-life-threatening injuries, according to Blanco County EMS. Some passengers' personal items were burned in the fire.

The children on the bus ranged in age from sixth grade to 12th grade, the marketing director with Summit Christian Center said.

"We are happy to report that all kids are safe and sound after one of the buses coming home from camp caught fire," said Pastor Rick Godwin with the Summit Christian Center. "We are thankful for God’s protection and for our leaders' quick action to get everyone out safely."

A parent told a reporter at our sister station KENS5 that her daughter was traveling home when the "bus started wobbling" and smoking. That's when the driver reportedly pulled over.

U.S. 281 was completely blocked in both directions by Cypress Mill, but emergency personnel have since opened the road.

The bus is registered to Imperial Bus Company Inc. out of San Antonio. KVUE called the company and no one answered. KVUE also left a message but have not received a call back.

One man dead in Round Rock hit-and-run, police searching for suspect