In one of the incidents, a man says a Capital Metro bus ran over his arm when he was thrown from an electric scooter. 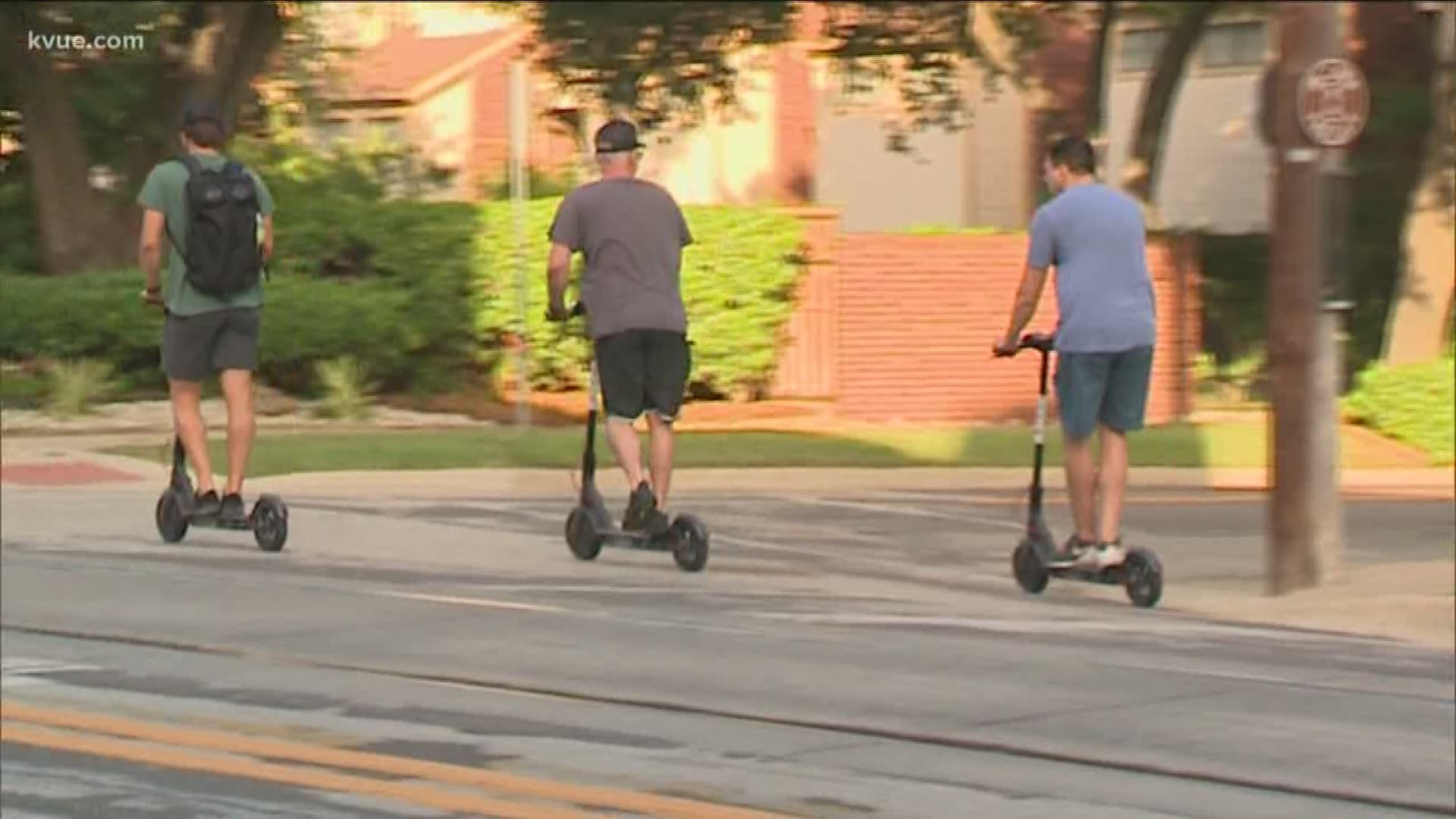 AUSTIN, Texas — In the span of six days, at least eight lawsuits have been filed against electric scooter companies operating in the city of Austin, according to documents obtained by KVUE this week.

Five of those lawsuits were filed by the local law firm James Freeman Law. Here are the summaries of their complaints:

In this suit, the plaintiff claims he was riding a Lime scooter when he was "unexpectedly and violently discharged" off the front of the scooter onto the ground. Upon landing, he said a Capital Metro bus ran over his arm. The suit states the Capital Metro bus was being driven on behalf of Capital Metro or one of its contractors – MV and/or RATP – by the unidentified man.

Documents state that city buses are required to operate at least six feet away from people operating motor scooters when passing them. The plaintiff alleges that the driver of bus – and the driver of a second bus following behind that witnessed the incident – did not report it to their employers. The driver of the first bus did not stop, he claims.

As a result of the incident, he said he was treated at Dell Seton and required emergency surgery to repair his injured arm. As the of lawsuit's filing, documents state he has had two surgeries and may require more.

He also alleges that the incident has caused him to suffer from post-traumatic stress disorder and has caused loss of income for his family. As a result, his wife has suffered loss of consortium damages due to her husband's injuries.

In May, another woman sued Lime after she said an "out of control" scooter caused her to go face-first into an iron fence near the Texas Capitol. The incident required her to have facial reconstruction surgery.

KVUE has reached out to the parties involved for a statement. Lime says it does not comment on pending lawsuits. We will update this story as more statements are received.