The proposed tollway would have two tolled lanes in each direction, with plans to potentially widen to three lanes in the future. 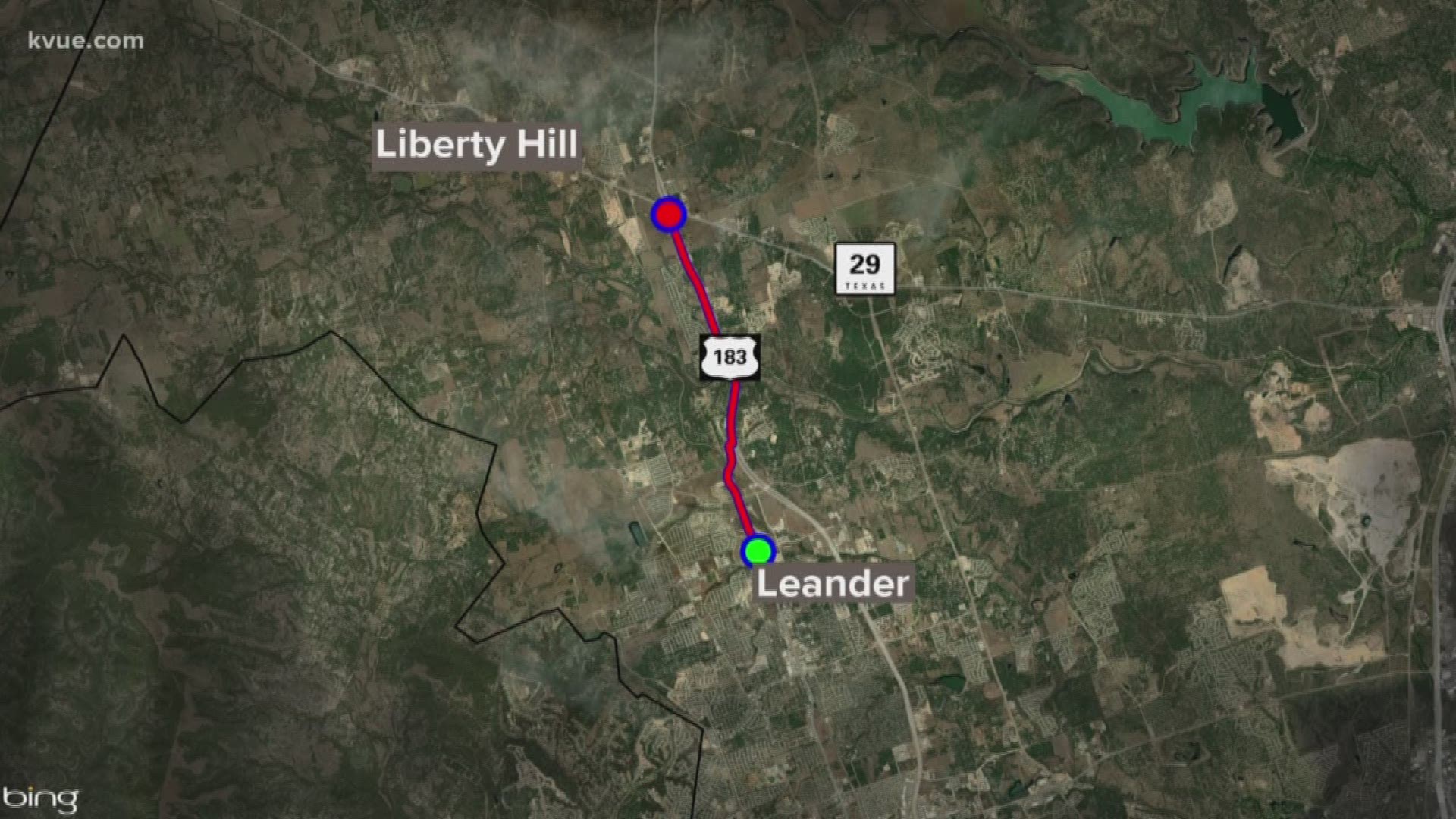 AUSTIN, Texas — It's no secret that communities in Central Texas continue to experience booming growth. As cities like Leander and Liberty Hill continue to grow, so do the demands for roads to be able to keep up.

At Tuesday's Williamson County Commissioners Court, directors for the Central Texas Regional Mobility Authority announced that they would move forward with expanding its Toll 183A from Hero Way in Leander to north of SH 29 as Phase III of the 183 A system.

Plan approved to add toll lanes on US 183 North

According to the Mobility Authority, it would make for a 6+ mile extension. The proposed tollway would have two tolled lanes in each direction, with plans to potentially widen to three lanes in the future.

The extension would also feature a shared use path north of Hero Way to the proposed Seward Junction Loop project.

You can read more about the 183A Phase III here.

One of the driving force behind the expansion has been the Mobility Authority's mission to keep up with the growth of communities like Cedar Park, Leander and Liberty Hill. That is something that Executive Director Mike Heiligenstein explained that the expansion is well underway to accomplishing.

"This is well ahead of schedule and we appreciate the court's involvement and help with this," Heiligenstein said at Tuesday's meeting. "Williamson County deserves to see this project completed. The growth in that corridor is unbelievable. It surprises even me how much it's growing."

"The people will continue to move here, and the needs will continue to go up. So, it will be an interesting course of events as we move forward with this, and I appreciate all that you've done," said Valerie Covey, who works with Williamson County Commissioner Precinct Three. "We - I think I support the projects that you have done in Travis County because of the number of people from Williamson to that use them."

The discussion was item 28 on the Williamson County Commissioner Court's regular agenda. Click here to watch the video in full.

Construction on Phase III is expected to begin late 2020 and end in late 2023.