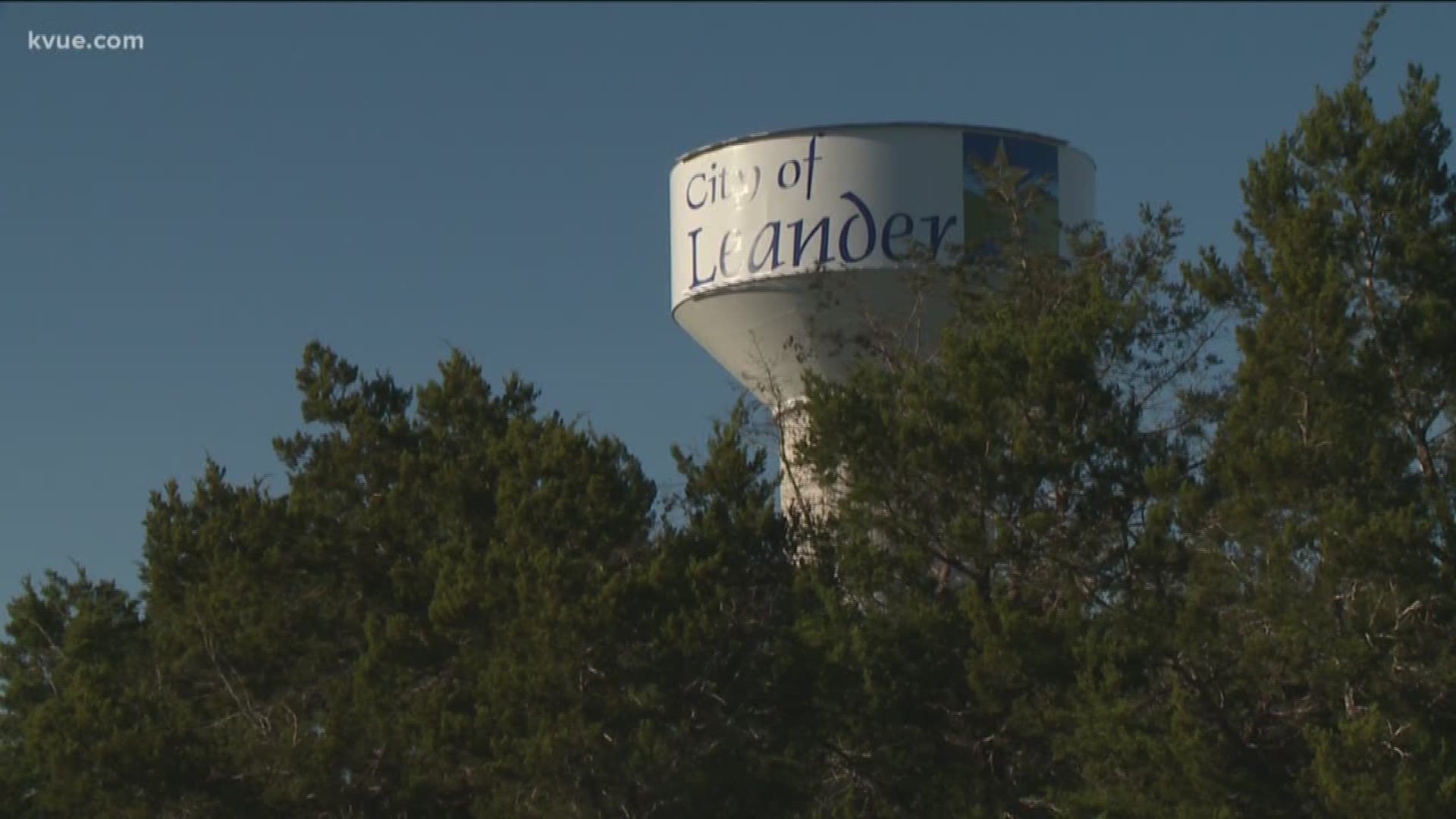 LEANDER, Texas — In the Leander area, it’s all about families.

The population has more than doubled in the last eight years, and more development is popping up each day.

Ray Thompson and his family moved to Leander with a goal in mind.

"We wanted to live in a town that was growing, rising in population, but still felt like a small town,” Thompson said.

Just from looking at his daughter’s U10 soccer team, it's clear this once small town is growing.

“The growth was just too big, we couldn’t accommodate with just one team,” Assistant Coach Becca VanHouten said

In one year, the team grew from 11 to 18 players, forcing them to split into two teams.

The league has seen even more growth.

Serna started the league in the early '90s with just 64 players.

"The growth is just exponential in just the truest sense of the word,” said Serna.

“All the new commercial areas growing up, housing, just the influx has been incredible,” VanHouten said.

Serna has also taught in the school district for 26 years and sees the growth there too.

"It’s just going to get bigger and bigger,” Serna said.

In the past eight years, Leander has added about 7,000 students, with a total enrollment now of almost 40,000.

"This is an attractive area for families because we have strong public schools,” Corey Ryan, with Leander ISD, said. "We add students every day of the school year."

According to Ryan, Leander ISD predicts that they need to build one new school every year for next 10 years to accommodate growth.

This year, they added 1,100 new high school students and about 100 kindergartners, which Ryan said is unique.

"Generationally, people are having less kids, declining kindergarten classes is something pretty standard in most districts. But here in Leander, we're growing from kindergarten through high school,” Ryan said.

RELATED: Boomtown: A look inside the explosive growth in Pflugerville and Hutto

"Austin is the driver, but when they get here, they’re looking for a good quality of life,” Leander City Manager Kent Cagle said.

Cagle has been with the City for seven years.

"People have moved from all over the country here and all at once,” Cagle said.

In the past eight years, the population has more than doubled to about 56,000 residents.

"So many new people moving in, and they have high expectations, as they should. They don't realize, just the other day, we were a baby in a crib,” Cagle said.

That can bring some challenges.

"There’s lots of infrastructure and projects that take years to plan, design and build, and the town's changing faster than that,” Cagle said.

Cagle said they're also lacking in some amenities, like retail shops and restaurants.

That's why crews in Leander just opened a new Austin Community College campus, are working on a new hospital and plan to break ground in a few months on a new vertical mixed-use development in downtown called Northline, close to the rail station.

"A while ago it seemed like a lot of people, their only hesitation was probably the commute,” Shavonne Martin said.

Martin is a realtor for Keller Williams and said the rail stop makes all the difference and adds to the need for new houses.

"I think what you get in some of the suburban areas is that you have the opportunity to build you a brand new home,” Martin said.

According to the Austin Board of Realtors, median home prices have increased by more than $135,000 in Leander since 2011 -- almost a 50 percent increase.

It doesn't look like the growth will stop anytime soon.

Cagle expects the city to become an employment hub and predicts their population to reach well over 100,000 people in 10 years, solidifying its label as a Texas Boomtown.