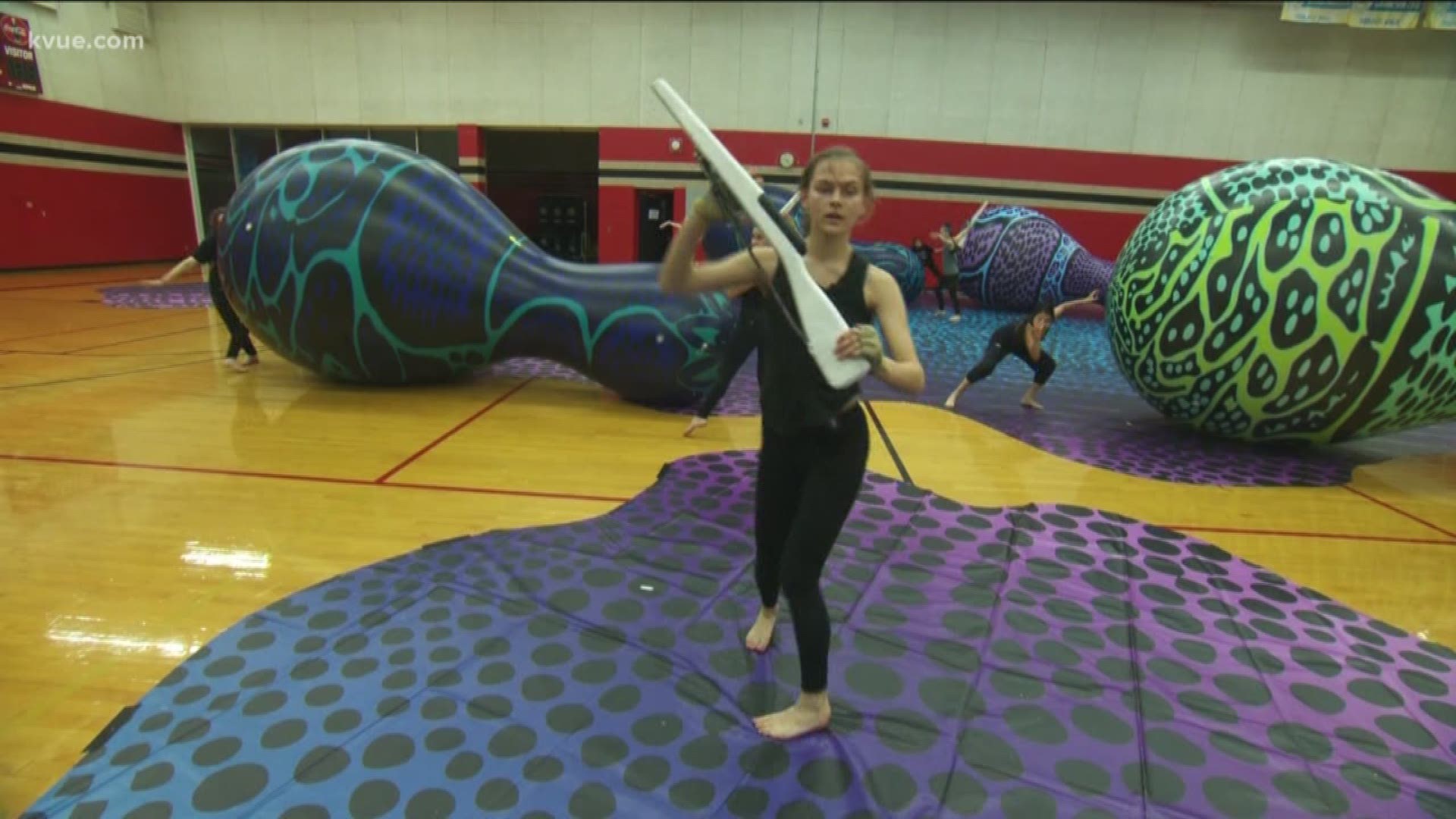 AUSTIN, Texas — An opportunity of a lifetime. Bowie high school students are heading to China to represent a sport they put a lot of time into.

The school's color guard left at 3 a.m. on Tuesday. Their last practice was Sunday and the team was ready to show off the skills they have.

"You have to have a dedication and willingness to work," said Mariah Barsotti, a sophomore at Bowie.

The Bowie World Guard knows quite a bit about putting in the time. During the school year, they practice the maximum allowed by the state, eight hours per week, and have eight to 10 rehearsals on the weekend.

"There's only four Texas high schools that have sort of reached that level of high school competition," said Joseph Powell, the director of the guard.

He has helped the team win seven straight state titles and stay in the top 15 nationally. He's watching over the last practice as the team prepares for their big trip.

"Yes, we are going to Bejing, China, for eight days," said Natalie Stachew, a senior on the team. "We are going to be performing in a regional competition."

It's a chance for them to show those overseas their show, Primordial Soup.

"It's all about the primitive aspects of life, and the fight for survival," said Barsotti.

So they won't be competing and even had to skip their trip to Nationals to make this happen. But this trip to China is a chance to show off the tough skills that they've all gained.

"Show off just what guard in the United States is like and what we do here in Texas," said Barsotti.

The group will perform this weekend and then spend a few days sightseeing before returning to Texas next week.