Chief Brian Manley is set to retire at the end of March. 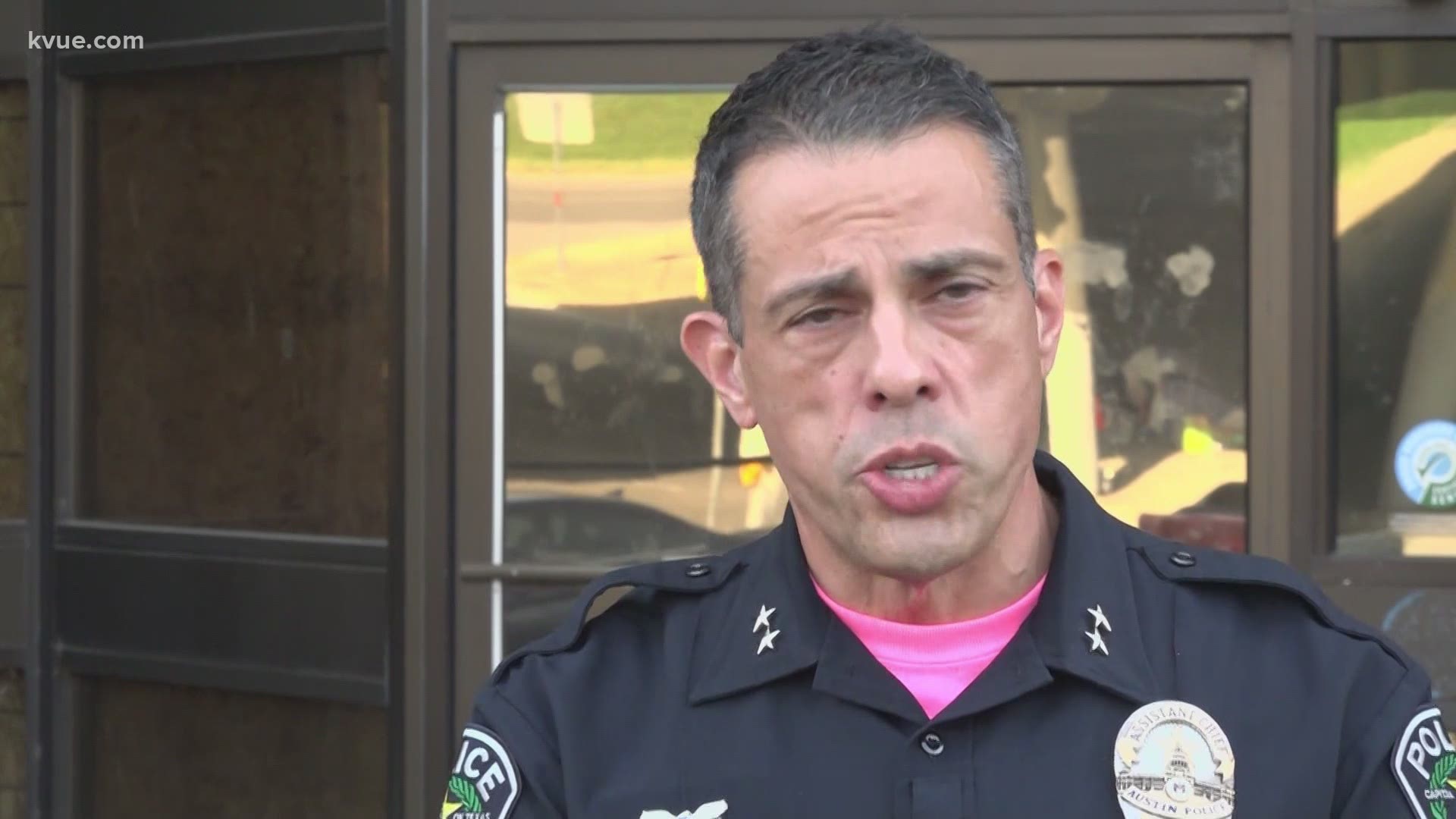 Chacon is a 22-year department veteran who has been a top department executive for about five years. He has served in a number of supervisory positions during his tenure, including overseeing downtown patrols and the SWAT team.

In choosing Chacon, Cronk bypassed chief of staff Troy Gay, who is the department's second-in-command, but who activists have complained was too aligned with outgoing Chief Brian Manley and did not quickly enough bring forward policing reforms.

Cronk made the announcement in a 10 a.m. news conference and outlined his effort to conduct a national search for the next chief, a process that will take several months.

“The role of police chief is incredibly important not just to the City organization, but to our community as a whole,” said Cronk. “I hope through this process that we collectively find the ideal candidate – one who collaborates with our community, instills trust in the workforce, works to achieve results from established Council policy, creates a culture of improvement and accountability, and is willing and able to lead the department in ways that lead to equitable public safety outcomes for all.”

Cronk also described the next steps in the search in a memo to Mayor Steve Adler and the Austin City Council, which can be read in full here.

Cronk said he is determined to make the search a transparent and inclusive process, relying on community engagement as well as with the City's leadership and employees of the APD.

“My goal throughout is to ensure our residents are heard in who they want to see lead our police department,” Cronk said.

Community members can share their thoughts and ideas about the police chief by vising SpeakUpAustin.org, emailing community@austintexas.gov or by contacting Austin 3-1-1.

To lead the recruiting process, Austin has enlisted the help of the national executive search firm Ralph Andersen & Associates. Together, their process of finding the next chief will include three phases:

Cronk also recognized that the search comes at a critical time for the community, the APD and the city council as they work to reimagine public safety and implement policy and cultural changes to address police violence against people of color and other affected communities.

“While change can be difficult and uncomfortable, it also brings opportunity. Like so many communities across the nation, we have heard our community call for transformational change in the area of public safety,” said Cronk. “The Reimagining Public Safety process, budget decoupling and department restructuring and, most recently, the announcement of Chief Brian Manley’s retirement, provide a unique opportunity to work with our community to bring new leadership that aligns with our values and our commitment to equity and community engagement.”

Manley leaves at the end of the month. The interim and permanent chief both require council approval.

Manley announced in February that he would retire. He became chief in June of 2018 after leading the city through the Austin bombings.

In a memo sent to the city manager on Feb. 1, Manley said, "Today marks 30 years to the day my father pinned my Austin police Department badge on me for the first time. The sense of pride he had, along with that of my mother and brothers, can only be matched by my sense of gratitude for having been able to serve our community these past three decades. As most things in life come to an end at some point, my career with APD will do so as well with my retirement on March 28, 2021."

His retirement decision comes after public scrutiny of the department over the handling of the controversial use-of-force cases that prompted calls for Manley’s resignation.

“The Greater Austin Crime Commission commends City Manager Spencer Cronk for naming Assistant Police Chief Joseph Chacon as the interim chief of the Austin Police Department. Chief Chacon has a distinguished record of service to the community and is a respected public safety leader. He will lead the police department during an important time as cadet classes restart and the community reimagines public safety. The Crime Commission is committed to working with the city manager, Austin City Council and other community groups during the selection process for a permanent police chief.”