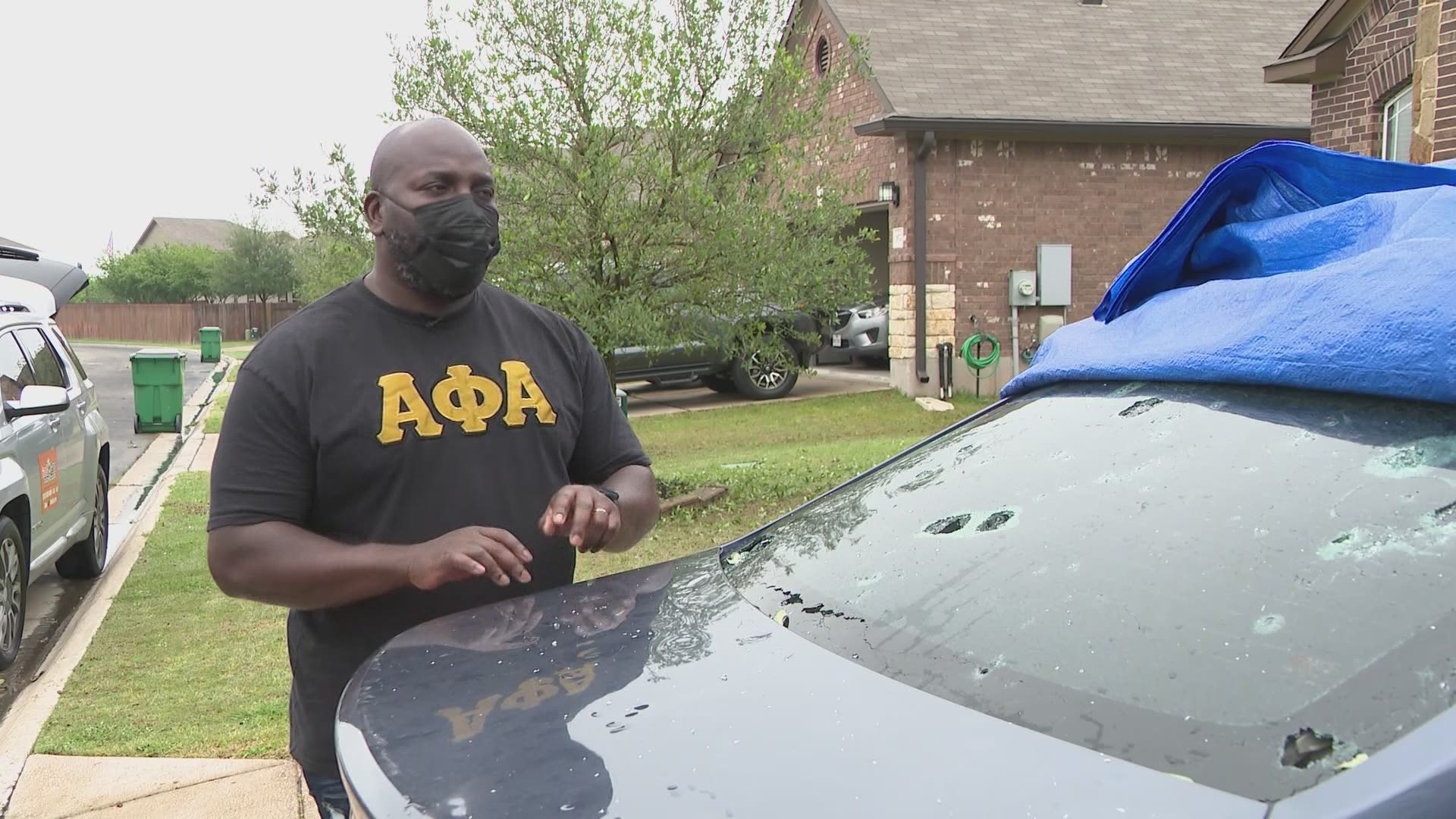 Some homeowners and car owners in parts of Williamson and Travis counties are dealing with damage after Thursday's hail storm.

Outside of Spivey-Sorrells' door was golf ball-sized hail pouring down onto his yard.

"Usually it's something a baseball bat would do, but it's hail," said Spivey-Sorrells.

He said his family had just walked into their Pflugerville home before the hail storm. The large hail knocked holes in his back windshield – straight through the glass.

RELATED: Hail damage: What to do after the storm

Similar damage can be seen on vehicles in Round Rock and Leander.

When you have heavy hail like this coming down, your home is at risk too. Spivey-Sorrells said he has to get his roof replaced.

"The roofs that need to be done is more than can be done in a timely manner," said Water Damage and Roofing of Austin Project Manager Ben Willows. "It's going to take a year-and-a-half just because of supply and demand.

"We've got two other guys here now and we rented another location," said Manager Thane Matcek. "It's been rolling and it's not going to stop."

Matcek said most customers who called Friday had to be referred to a collision repair shop because the damage was too severe.

GP1 Collision Center of Round Rock was one of those busy collision repair shops. The manager said Friday that 50 badly damaged vehicles rolled into the parking lot. He expects to receive 80 a day next week.

Insurance representatives with State Farm said they've already received hundreds of claims in our area. According to State Farm, Texas was the top state for paid hail claims last year. The insurance company paid $474 million on about 56,000 hail claims for homes and cars in our state.